The Left’s Green Giant: Climate Meddling as an International Pastime 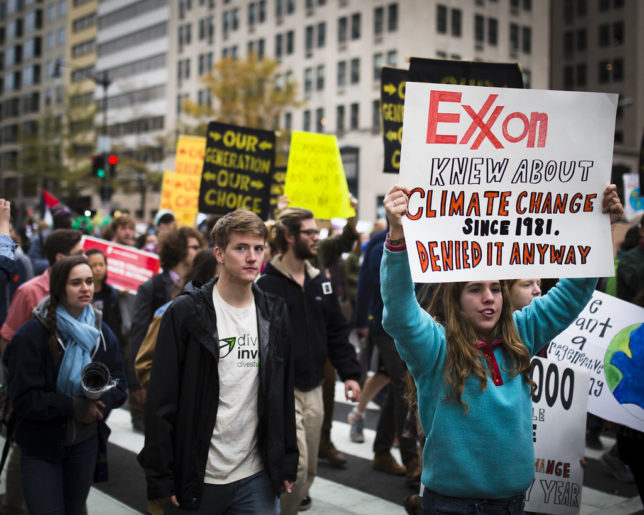 Summary: Many left-wing foundations in the U.S. support overtly political causes in the name of “philanthropy,” spending tens of millions of dollars each year pushing an environmentalist agenda. But one of these “green” mega-funders shells out its millions from the seclusion of its headquarters in Switzerland—far beyond the reach of IRS disclosure rules. Meet the Oak Foundation, the Left’s “green giant.”

Oak Foundation as Part of a Larger International Network

There’s no doubt that the Oak Foundation is a critical funder of the environmental Left. But upon closer examination, the foundation fits into a larger network of foreign entities working to influence and shape U.S climate policy with an eye toward undermining American energy.

Global Strategic Communications Service has taken root in the U.S. and the G-20 countries that are not part of the European Union. This much is made clear by email correspondence obtained through open records requests from one Tom Brookes addressing himself to the office of Washington Gov. Jay Inslee (D),  now a presidential hopeful. Brookes is the executive director of the Global Strategic Communications Service and a senior adviser to ClimateWorks Foundation, a major Oak Foundation grant recipient.

In his correspondence with Inslee’s team, Brookes offers to assist Inslee in possible messaging techniques that could be used to advance Inslee’s climate change agenda. It is also worth noting that an archived version of the European Climate Foundation website shows that the European Climate Foundation is part of the ClimateWorks Network. According to the website, the network “shares goals, strategies and resources to address the global challenge of climate change mitigation with a global network of aligned organizations.”

There are all kinds of interlocking international relationships that can be unraveled through a careful examination of the Oak Foundation and its top personnel, some of whom have occupied positions on the European Climate Foundation’s supervisory board at one time or another.

The Oak Foundation-backed European Climate Foundation has also been a recipient of funding from center-left sources. The William and Flora Hewlett Foundation based in Menlo Park, California, provided the Foundation with a $2 million grant in 2015 to start an initiative called the Climate Briefing Service, which is heavily focused on climate change communications strategies. This begs the question: would any of these efforts have even gotten off ground without the Oak Foundation?

But where did the Oak Foundation’s wealth originate from, and who’s behind this shadowy “green” giant?

According to its website, the Oak Foundation was started by British businessman Alan M. Parker, who helped build the Hong Kong-based multinational Duty Free Shoppers (today DFS Group), which retails luxury goods in major airports and resorts worldwide. (Interestingly, one of DFS’s co-founders, Charles “Chuck” Feeney, later founded Atlantic Philanthropies, a Bermuda-based foundation that funded the 501(c)(4) advocacy group Health Care for America Now, one of the drivers of the campaign to pass Obamacare.)

According to an October 2012 report by Forbes, Feeney hired Parker, an accountant, in the early 1960s to be a joint owner and “help manage the bootstrapped business more professionally.” In 1997, Feeney and Parker sold their shares in DHS to French multinational LVMH—Feeney for $1.6 billion, Parker for £464 million (or $605.6 million). Parker later moved to Geneva, where he now resides and serves on the Oak Foundation’s board of directors alongside his wife, Jette. In 2014, his net worth was estimated to be $2.34 billion.

Douglas Griffiths became president of the Oak Foundation in January. Prior to that, he was appointed by President Obama in 2009 to be the U.S. representative to the U.N. Human Rights Council, where he resided in Geneva; he was later appointed ambassador to Mozambique.

Caroline Turner is board president of the Oak Foundation USA. Turner appears to be the principal and owner of DifferenceWORKS, a for-profit “gender diversity” consultancy.

In Geneva, Kristian Parker—the son of Alan and Jette Parker—runs the foundation’s environmental program, a position he’s held since 1998. Parker is on the boards of the ClimateWorks Foundation and Oceana, both major recipients of Oak Foundation funding.

The Oak Foundation is a classic example of a foundation that masks its support for political causes in philanthropy. An alpine global green giant, the foundation has its hands in many of the environmental Left’s biggest efforts to push a global warming agenda on energy producers, consumers, and even governments.