The Left Falls in Line Behind Biden After Reade Allegation 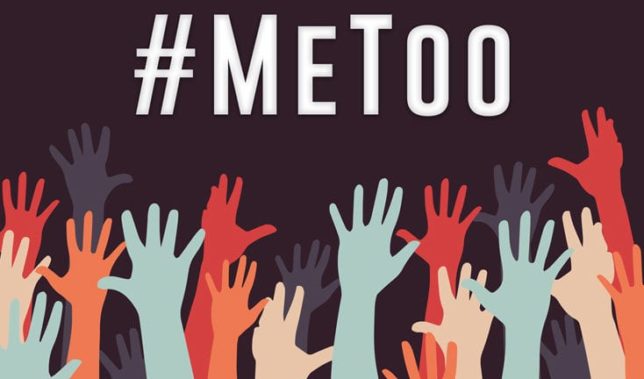 The Left has taken their cues on sexual misconduct allegations against Joe Biden from the man himself, proving the hypocrisy of the “believe women” stance that came from the #MeToo movement. The same courtesy was not granted to Bret Kavanaugh during his nomination to the Supreme Court. At that time, the Left pounced on the story after Sen. Diane Feinstein chose to politicize Dr. Christine Blasely Ford’s allegations. The far-reaching calls of “believe women” conveyed true support for the movement.

Response to the Reade Accusation

Recently, Tara Reade, a former staffer to then-Sen. Joseph Biden (D-DE), accused him of sexual misconduct. The incident allegedly took place in 1993. Reade’s story is similar to Ford’s in that both cases have no witnesses and many years passed before they chose to go public. Many “believe women” advocates, who supported destroying the livelihood of men on the basis of a mere accusation, were outspoken about Ford yet silent about Reade. The excuses for this silence are as bad as the silence itself. For example, the Center for Reproductive Rights hid behind the excuse that their nonprofit status prohibits them from commenting on the story.

Joe Biden has gone on record in support of the “believe women” movement. In February 2018, Joe Biden tweeted: “We need to believe women like Colbie. We need to recognize the incredible courage it takes for women like her to come forward.” One must wonder how he still supports this viewpoint for his own accuser.

Women are looking for leadership. If @joebiden wants to be a candidate that women can support, he needs to address the allegations about his behavior and clarify his policy on sexual assault, harassment, and consent.

Bravo to the Women’s March for taking a tiny step to address the allegation, but is that the best they can do? They have set themselves up as proponents of the “believe women” movement. They even tweeted “Believe Women. Support Survivors, always.” In February 2020, they clarified that their stance on believing women without evidence by saying that they “believe women.” If they really believe women as they claim, why bother asking Biden to defend himself? Is asking the accused to defend themselves providing Tara Reade with support?

Women’s groups chose to not publicly confront Biden after the allegation. According to the New York Times, “several of the women’s groups prepared a public letter that praised Mr. Biden’s work as an ‘outspoken champion for survivors of sexual violence’ but also pushed him to address the allegation from Tara Reade.” This bombshell should have received tremendous coverage. In the Times’s article, a founder of UltraViolet, a social-progressive nonprofit, spoke of the opportunity for Joe Biden to show his leadership. Waiting for leadership shows the women’s groups willingness to defer to the accused in this situation.

At the very least, the women’s groups have treated the allegation with a double standard. At worst, they have given Biden a pass. In this case, the media seems to be proceeding cautiously—in stark contrast to their behavior during the Kavanaugh nomination. Robby Soave, senior editor of Reason, writes:

If the media’s rule is this—We’re going to proceed extremely cautiously when revisiting unverified sexual misconduct allegations that are several decades years old—then fine. But that’s a new rule, isn’t it?

Sen. Kirsten Gillibrand (D-NY) is a strong supporter of the “believe women” movement. When Al Franken was accused of sexual misconduct, she took a strong stance on his removal. She even said “I had to choose whether to stay silent, or not. If some megadonors have a problem with that, that’s on them.” This seems to not have been applied to Joe Biden as Gillibrand has shared links to his website and affirmed her endorsement. The Spectator released a list of many Biden endorsers’ previous statements on sexual misconduct allegations, which confirms how many flipped their standards.

The coverage given to this allegation has been abysmal. The Media Research Center, which uncovered the video call from Reade’s mother into CNN’s Larry King Live, tracked the airtime many left-leaning news sources spent discussing Reade’s allegation. They found several left-leaning networks devoted between zero and 15 minutes to the allegation between March 15 and April 27, which compares poorly to the time spent discussing Stormy Daniels. An analysis by the Washington Post on the percentage of airtime spent on the issue, showed CNN and MSNBC gave significant airtime to the Daniels issue. The situations are not so different as to justify such considerable differences in coverage.

Not only has the coverage been lacking, it was ignored. In the month between Reade’s public accusation and Biden addressing it, Biden was interviewed and covered. News personalities such as Chuck Todd and Anderson Cooper even interviewed Biden and failed to address the accusation. While any agreements made with Biden’s staff to secure the interview are unknown, the news media failed in their duty to adequately address the story.

Biden did not publicly deny it until he appeared on Morning Joe to address it. He spoke but did not say that we must believe women. Instead, he used the conservative argument that we must test every accusation. When pressed in the interview, he could not defend his previous statements.

But the response to the sexual misconduct allegation against Biden proves the Left’s utter hypocrisy over their “believe women” stance and the “#MeToo’ campaign. Many groups rallied around the belief that a sexual misconduct allegation invalidated one from holding office. Conservatives warned that the standard of believing all women used against Kavanaugh was dangerous.

Is the Left Shifting?

Slowly, the Left is acknowledging the startling allegation. However, the hypocrisy will not be soon forgotten. If we are to take the Left at their word, the “believe women” movement meant investigating women’s claims, but never meant believing all women regardless of evidence. When conservatives said as much, the Left did not agree.

Sen. Kirsten Gillibrand (D-NY), who led the fight for Sen. Al Franken to be removed when he was accused.

Lizz Winstead, Founder of Lady Parts Justice and Co-creator of the Daily Show.
Called out President Obama and Hillary Clinton over their silence regarding Harvey Weinstein.

Nancy Pelosi (D-CA), Speaker of the U.S. House of Representatives

Tara Reade and the #BelieveAllWomen Hypocrisy