The Laura and John Arnold Foundation

How one philanthropist is waging war on bad science

One emerging leader in scientific funding is the Laura and John Arnold Foundation, a young foundation that empowers researchers to question existing evidence and challenge what we know about science. Credit: Arnold Foundation. License: https://goo.gl/3fui9r.
by Martin Morse Wooster

A version of this article previously appeared at PhilanthropyDaily.com

Summary: According to Laura Arnold the four most dangerous words are “a new study shows.” The government gives millions of dollars in grants for careless and unsystematic research. To empower scientific advancement and innovation, private philanthropy often proves more effective than government funding. One emerging leader in scientific funding is the Laura and John Arnold Foundation, a young foundation that empowers researchers to question existing evidence and challenge what we know about science.

Look at science today and you’ll find a venture full of holes—experiments that can’t be duplicated, results based on the flimsiest of evidence. (Andrew Ferguson discussed many of the problems with science today in his October 15, 2015, cover story for the Weekly Standard.)

I hadn’t heard of a foundation whose goal was to make science sounder, until I read an article from Wired (January 22, 2017) about the activities of the Laura and John Arnold Foundation in the field.

The piece, by Sam Apple, who teaches science writing at the University of Pennsylvania, is very fair and quite a surprising piece for Wired to run, given that this magazine has tilted sharply to the left under the editorship of Scott Dadich. From what I see, the Arnold Foundation is either conservative or a foundation that likes to fund causes conservatives like to support.

Until now, the cause the Arnold Foundation was most involved in was reforming abuses in government pensions, with particular emphasis on pensions in their home state of Texas. Philanthropy wrote about the foundation’s efforts in this area in 2014.

This leads me to suspect that the Arnold Foundation does what they do without loudly announcing their politics. According to Stein, the Arnolds say they are Democrats, and in 2013 the foundation donated $10 million to keep Head Start running during a government shutdown. But perhaps they aren’t predictable—which makes them interesting.

From Enron to philanthropy

John Arnold made his money as an energy trader. His rise began at Enron, where he was so good at trading natural gas contracts that he was given an $8 million bonus to stay on shortly before Enron went bankrupt in 2001. Arnold, who had nothing to do with the criminal part of Enron, then started Centaurus Energy, which traded futures contracts on natural gas. By 2007 he was a billionaire and by 2012 he could retire at age 38 and devote himself to philanthropy.

Enron may have had a “mine are bigger than yours” corporate culture, but Arnold was the quiet guy who was excellent at his job when the swaggering guys were loudly plunging Enron into bankruptcy. He apparently doesn’t talk much today, and Laura Arnold gives most of the interviews. 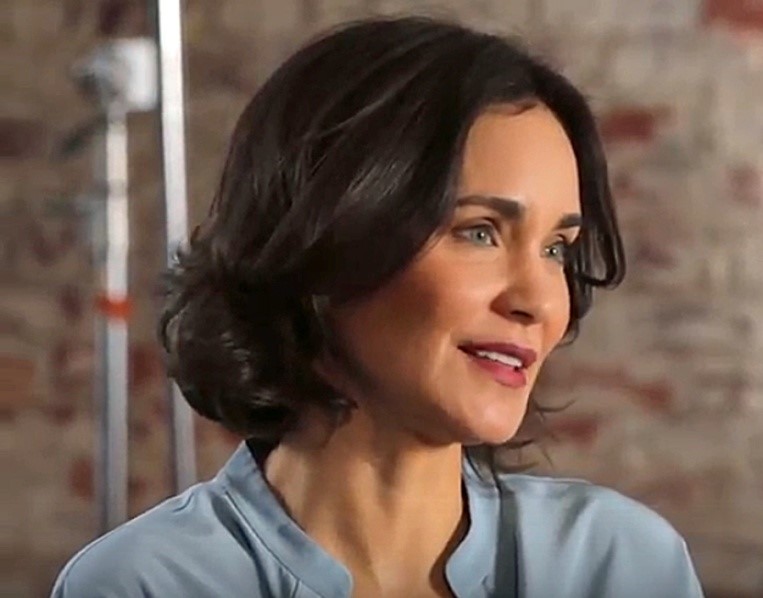 Arnold was the quiet guy who was excellent at his job when the swaggering guys were loudly plunging Enron into bankruptcy. He apparently doesn’t talk much today, and Laura Arnold gives most of the interviews. Credit: Laura and John Arnold Foundation. License: https://goo.gl/ewGr47 (YouTube Screenshot).

Stein shows that Arnold does two things more donors should do: he reads widely and lets his reading inspire his giving.

University of Virginia psychologist Brian Nosek was convinced that many psychological experiments could not be duplicated, including many that came up with controversial conclusions. He created the Reproducibility Project to see if this was true, and got a network of volunteers to begin studying experiments. But for two years his efforts at getting grants led to closed doors.

Then in 2012 Nosek got an email from the Arnold Foundation, in response to an article in the Chronicle of Higher Education about Nosek’s work. The foundation has since given Nosek’s organization, the Center for Open Science, $15 million to encourage psychologists to make their experiments as open and transparent as possible so that they can be easily duplicated.

A second interest of the Arnold Foundation is nutrition research. In 2011 John Arnold heard this episode of the excellent podcast EconTalk, in which author Gary Taubes argued that there is little evidence that eating saturated fat makes people fat. He decided to give multi-million dollar grants to the Nutrition Science Initiative, founded by Taubes and a team of medical doctors who are determined to discover the true causes of obesity. The Arnold Foundation has also supported the work of Nina Teicholz, whose book The Big Fat Surprise also argues that saturated fat is not the primary cause of obesity.

Finally, the Arnold Foundation supports the work of British journalist Dr. Ben Goldacre who came to fame as the “bad science” columnist for The Guardian. Dr. Goldacre is using his Arnold Foundation grants to “build an open, searchable database that will link all publicly available information on every clinical trial in the world.” Dr. Goldacre believes that drug companies foist worthless drugs on the public via clinical trials that aren’t publicly available, and throwing sunshine on the process of drug development will make consumers better informed about the drugs they need (or don’t need).

Why this emphasis on science? Remember, the Arnolds are in their early forties. They had originally thought about giving based on traditional, double-blind methods of scientific evaluation. But their extensive reading convinced them that these methods might not be effective because the foundations of science were themselves flawed. So they thought fixing science might be a worthier goal for their philanthropy. 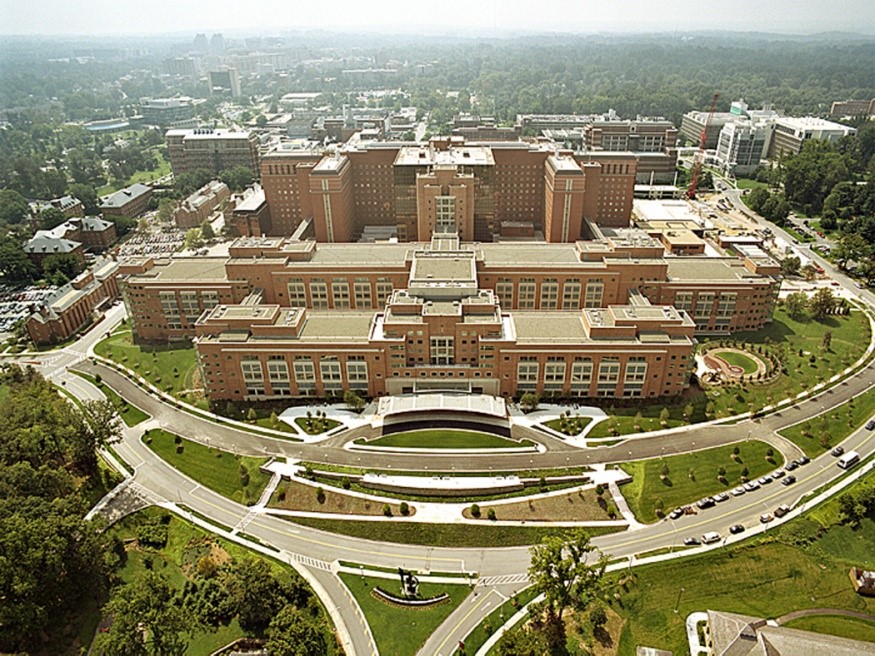 The importance of independent scientific philanthropy

The scientifically focused priorities of the Arnold Foundation expose the limitations of the current funding landscape. Research dollars largely flow directly from the federal government—agencies like the National Institutes of Health (NIH) or the National Science Foundation (NSF) review and approve grant proposals from institutes and individual researchers. In 2010, CRC’s president, Scott Walter, documented historical examples of how the current nature of federal funding stifles scientific research. Walter warned that the government’s general risk aversion and pattern of favoring ever-older researchers leads to less scientific innovation. Walter resurrects a decades-old quotation on the problem from historian and sociologist Robert Nisbet, who worried about near-monopolistic government funding and its hostility to innovation in his book Prejudices: A Philosophical Dictionary:

Probably more scientists have been adversely affected–estopped altogether from a given line of research, guided, shaped, propelled, decelerated, forced into nonpublication, secrecy, turned down for funds or promotion, and barred from access to laboratory space or archives–because of defiance of conventional wisdom in America since World War II…than existed in the whole of the world in Galileo’s day.

More recently, Karl Zinsmeister, vice president of publications at the Philanthropy Roundtable, made a case for the private funding of science. Because of the government’s cautious grantmaking philosophy, the lengthy awards process, and the bias towards funding already-successful research and researchers, entire areas of inquiry are neglected—or they would be, without the influx of nimble, risk-taking private philanthropy. Few know that the research behind the genetic revolution was funded by the entrepreneur who originated warehouse superstores. Without his seed money, the decoding of the human genome—and the $800 billion of economic value generated by the growth of that industry—would never have happened.

Or consider the impact of Lucille Markey, who set up a trust to support biomedical careers and distributed more than $500 million between the mid-1980s and 1997. According to Zinsmeister,

The Markey funding was tremendously flexible. Preliminary investigations and risky science of the sort that give NIH or NSF funders lockjaw? No problem. Spend money recruiting new scientists or graduate students whose exact roles will be determined in the future? Can do. Build or equip a lab before the exact experiments that will unfold there have been plotted? Sure. Shift money from one year to another, or one project to another, to fuel the most promising avenues as they open up? Yup. Dramatically change research directions in response to unexpected experimental results? You’d be stupid not to! Yet almost none of those things can be done with government funding.

Each point and every example shows why private philanthropy can be a superior means of funding scientific studies. Zinsmeister concluded:

Even with the billions of dollars gushing out of federal science funders, philanthropy remains crucial to scientific progress. MIT professor Fiona Murray recently studied the 50 universities that top the list for science-research spending in the U.S. and found that private donors now provide about 30 percent of the total research funding at these places. The sheer volume of private dollars is consequential. What’s even more important about science philanthropy, though, is the way it is structured: adaptable, tolerant of risk, patient, willing to fund the infrastructure that scientific discoveries require, open to unproven innovators.

The future of funding

In light of “bad science” and underachieving government involvement, the necessity for quality scientific research is urgent, and philanthropy must be recognized as a legitimate avenue for producing crucial progress in science.

While it’s clear scientific innovation cannot rely only on government funding, private foundations can also face some of the same problems—rigidly administering grants only to established researchers. Foundations can easily fall into patterns of groupthink, choosing projects that are just like everyone else’s. That’s what makes a grantmaking organization with the mission of the Arnold Foundation such an important contributor in this space.

The Arnold Foundation deserves credit for taking a path no other foundation is taking. We should pay careful attention to what they are doing.

1. Remember, Pew is a nonprofit and not a foundation so they can accept grants.↩