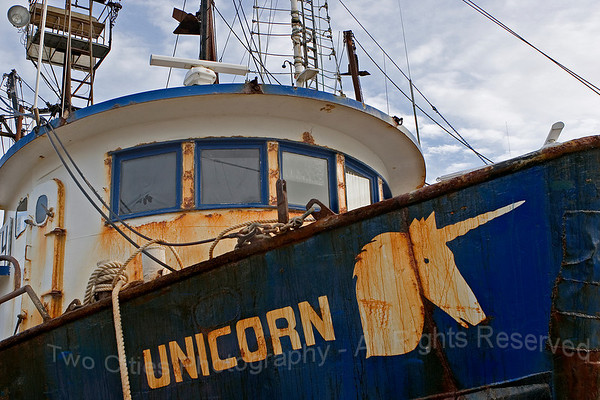 Remember when Dylan sang at Clinton’s first inaugural [in 1993] in front of the Lincoln Memorial as fighter jets flew overhead in battle formation? Actor-activist Ron Silver saw those jets roar across the sky, and, recalling the ’60s days of rage in that same place, he was troubled. But (after all, he was invited) it soon passed. A sudden realization reconciled him to the scene: “Those are our planes now,” he thought.

When the Left is put in charge of the military, don’t be surprised when the military starts to reflect leftwing values.

Many ideas for saving energy or for getting energy from alternative sources may have merit. It may be a good idea, say, to use roll-up solar blankets to power Marines’ GPS devices in Afghanistan, or to coat the hulls of ships with “anti-fouling” coatings to reduce drag from barnacles. But when the armed forces are required to carry out an agenda based on ideology, rather than science and logistics and the needs of the military, how can we be sure that any given policy is in furtherance of national security rather than politics?

The Obama administration has its priorities straight, unfortunately—using the armed forces to promote environmentalist projects like the Great Green Fleet.

Navy Secretary Ray Mabus, a former governor of Mississippi and ambassador to Saudi Arabia, declared in 2009 that one of his goals was the creation of the GGF, a carrier strike group that would run on “sustainable” forms of energy—actually, a combination of nuclear power and biofuel/standard fuel blends. (The term “sustainable energy,” which is ill-defined and inaccurate, generally refers to forms of energy not based on carbon.)

By the standard definition, a carrier strike group includes an aircraft carrier and the ships and planes that travel with it: at least one cruiser, a destroyer squadron of at least two destroyers and/or frigates, and a carrier air wing of 65 to 70 aircraft. It may also include submarines, attached logistics ships, and a supply ship. There are currently 11 carriers—accordingly, 11 such groups—in the U.S. Navy.

The carrier strike group was dubbed the Great Green Fleet in reference to President Theodore Roosevelt’s Great White Fleet, which included 16 battleships and circled the world in 1907-09 to demonstrate that the United States had become a major power on the world’s seas.

The GGF sailed in July 2012 during the RIMPAC (Rim of the Pacific) exercise, the world’s largest international maritime warfare exercise, conducted with U.S. allies such as Australia, Canada, and Japan. The carrier, USS Nimitz, was nuclear powered. Otherwise, the group ran on a 50/50 mix of petroleum and biofuel derived from cooking oil and algae. The group is set to deploy fully this year.

Government officials openly proclaim that the GGF is intended to promote the biofuel industry. National Defense magazine reported in 2009: “Mabus is confident that if the Navy and Marine Corps create a demand for biofuels, the market will respond by increasing production and lowering costs.” Mabus said, “A lot of these fuels are already out there. But there’s no demand for them. . . . I’m hoping that by providing demand, it will incentivize industry.” That’s the standard rationale for crony capitalism, that, if the government declares winners and losers in a rigged marketplace—if it decides who gets rich and who goes broke—the benefits will eventually trickle down to the rest of society.

Federal Radio News noted in 2011 that “The Navy, along with the Agriculture and Energy Departments, want to build a domestic alternative-energy industry that can stand on its own two feet.” Said Mabus: “The entire goal is to establish a viable private industry.”

That year, Coral Davenport and Yochi J. Dreazen, in the National Journal, focused on the supposed upside of military intervention in the development of sources of energy:

Renewable fuels are far more expensive than conventional ones, and it’s not clear when (or if) prices will fall enough to compete with petroleum. The success of the entire effort depends on the Pentagon’s ability to spur creation of an industry capable of producing enormous quantities of renewable energy despite largely unproven technologies and business models. The Defense Department “is in the process of playing a catalytic role with renewable energy,” said Arati Prabhakar, a former director of microelectronics for DARPA who now chairs the Energy Department’s Efficiency and Renewables Advisory Committee. “They won’t be the biggest, most important market over time. But for the newest technologies, those first few percentage points of market share are tremendously important.”

The rewards of sparking an industry that would transform the entire U.S. energy economy could be tremendous.

Of course, this approach leads to the system we have now, in which politicians (mostly liberal Democrats, plus some Republicans) depend for support on industries that can exist only with taxpayer subsidies and with mandates (requirements that certain products be used or that competing products be avoided). The richer business people in those industries get, the more money they can kick back to supportive politicians; the more employees those business people have, the bigger the base of support they can provide those politicians.

Once the government starts handing out special favors, the favors and the lobbying metastasize. Consider the following, an actual press release, not a parody:

On April 5, 2016, the biofuel trade associations Advanced Biofuels Business Council, Algae Biomass Organization, Biotechnology Innovation Organization (BIO), Growth Energy, National Biodiesel Board, and Renewable Fuels Association sent a letter to House and Senate Leaders asking for a multiyear extension of advanced biofuel tax credits. The six organizations are specifically asking that the Second Generation Biofuel Producer Tax Credit, the Special Depreciation Allowance for Second Generation Biofuel Plant Property, the Biodiesel and Renewable Diesel Fuels Credit, the Alternative Fuel and Alternative Fuel Mixture Excise Tax Credit, and the Alternative Fuel Vehicle Refueling Property through the Protecting Americans From Tax Hikes Act of 2015 are extended before they expire at the end of 2016. Other energy production tax credits have been extended, and the biofuel trade associations argue that extending certain energy tax provisions and not others creates investment uncertainty across the energy sector, and puts biofuel producers at a disadvantage.

This mess was utterly predictable, as was the failure of various “alternative energy” projects. Solyndra, a solar-panel company co-founded by a major Obama donor, got $535 million in loan guarantees, but went belly-up, leaving taxpayers on the hook. And, according to the liberal Brookings Institution in a 2012 report, “In 2007, Congress set a goal of producing two billion gallons of advanced biofuels within five years. But today, firms can only generate around 40 million gallons of the stuff—98 percent less than the original plan’s total.”

That didn’t stop companies from pursuing the bounty that comes from the government’s push for a “green” military. For example, Tyson Foods, the Arkansas-based meat company known mainly for its chicken products, got into the biofuels business.

Tyson partnered with two different companies to cash in on the “green” military—ConocoPhillips, co-processing Tyson’s vegetable, beef, pork, and poultry fat/grease with hydrocarbon feedstock, and Syntroleum, which refines vegetable fat and Tyson’s animal fat into diesel and jet fuel. According to the Wall Street Journal, the raw materials for the latter partnership come from “chicken fat, beef tallow, and a range of greases and oils . . . leftovers from Tyson’s meat-processing plants and other food-processing factories and restaurants.”

The Associated Press reported in 2007 that “Tyson Chief Executive Richard Bond said the joint venture with Syntroleum was part of Tyson’s effort to become a leading player in the renewable energy business.” The Tyson/Syntroleum project, known as Dynamic Fuels, attracted, for its bio-refinery in Louisiana, $100 million in Gulf Opportunity Zone Bonds, issued through the Louisiana Public Facilities Authority.

The Tyson/ConocoPhillips deal was supposed to have the capacity to generate 175 million gallons of diesel annually. But it folded in mid-2009, when the dollar-a-gallon credit from taxpayers was cut to 50 cents, which meant that the venture was no longer economically viable.

Two years ago, REG [Renewable Energy Group] Synthetic Fuels acquired Syntroleum and Tyson’s share of Dynamic Fuels.  According to a press release, “REG paid Tyson approximately $16.5 million in cash at closing and retired approximately $13.5 million of Dynamic Fuels’ indebtedness to Tyson. REG has also agreed to make up to $35 million in future payments to Tyson tied to product volumes at the Geismar [Louisiana] bio-refinery over a period of up to eleven and a half years.”

TalkBusiness.net/The City Wire (Arkansas) reported that “Tyson Foods is getting out of the $150 million Dynamic Fuels venture the company spearheaded beginning in 2007 and has not lived up to its potential. The plant, which has sat idle since November 2012, won’t be Tyson’s Foods’ problem much longer as the meat giant has agreed to sell its 50% stake to Renewable Energy Group for an estimated $65 million.”

Some might consider Tyson’s “green” efforts ironic. Environmentalists call Tyson one of the top polluters in America—worse than such objects of environmentalist derision as International Paper and Koch Industries. An Environment America report covering 2010-14 blamed Tyson for “more than seven times” the water pollution released by ExxonMobil.

If you follow politics, and the name “Tyson Foods” rings a bell, it might be because of its connection to Clinton corruption.

Tyson Foods was the largest employer in Arkansas when Bill Clinton was elected governor. The company had major political interests in the state on a wide range of matters, including weight limits on its trucks, state loans (some $9 million during Clinton’s governorship), the placement of Tyson employees on state boards, and Tyson being allowed to dump feces in people’s water supply. Investigators believe that, as Bill was rising to the governorship, his wife, then known as Hillary Rodham, used a commodities account to launder money from Tyson, making it appear that the money represented an impossible $98,540 “profit” on a $1,000 “investment” in commodities.

In 1994, when the commodities deal was exposed, Mrs. Clinton was publicly defended by a White House spokesman, John Podesta, who said, “There was no impropriety. The only appearance [of impropriety] is being created by the New York Times.” Podesta, who founded the leftwing/”green” Center for American Progress, now chairs the Clinton campaign.

Across America, companies are seeking to profit from the injection of environmentalist corruption into military thinking. That one of these companies is Tyson Foods should come as no surprise.