The Future of American Cars Is Not All-Electric 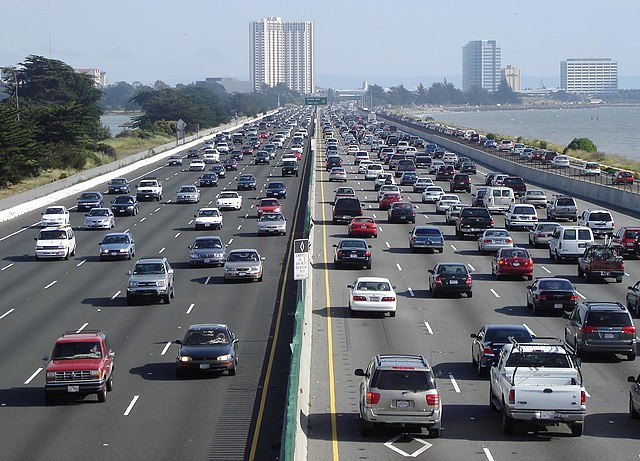 Environmental elites like to cast their creeds as unshakeable and their doctrines as inevitable. Take these three: The Earth is only getting hotter, human survival depends upon radical lifestyle changes, and governments are taking action on the climate whether we like it or not.

Or this: America will slowly phase out all oil, natural gas, and coal energy for wind turbines and solar panels—and, for a handful of brave dissidents, nuclear power plants. In this carbon-free future, everyone will drive an electric car powered by alternative energy sources. There’s no room for alternatives or debate, only submission to the wisdom of the climatistas. It’s the inexorable march of progress—right?

Don’t be so sure.

In August, the Biden administration announced its goal to have zero-emission electric vehicles (EVs) account for 50 percent of all cars sold by 2030, mirroring “green” California’s decision a year ago to phase out gasoline-powered cars by 2035.

EVs currently make up about 2.5 percent of the U.S. automobile market and are rapidly growing, with Tesla leading the pack. With nowhere to go but up, one would think that a government mandate would be a godsend for car manufacturers. So why is Toyota—maker of the famous hybrid Prius and the world’s largest car manufacturer—lobbying against the plan?

There’s a simpler explanation: There isn’t enough “green” electricity to power that vision.

The average EV consumes 30 kilowatt-hours (kw/h) to travel 100 miles, which Pew Charitable Trusts notes is “the same amount of electricity an average American home uses each day to run appliances, computers, lights and heating and air conditioning.” That is extra electricity required from the grid—not produced by your traditional fuel-burning car—that must be produced from another resource. But from which energy source?

Even if eco-activists got past their revulsion for nuclear energy, that still leaves the nation with a huge electricity deficit that wind turbines and solar panels hooked up to lithium batteries simply cannot fill. Not only would mining the tons of metals and minerals required to build them by the thousands create a genuine ecological disaster and possibly a “permanent” lithium shortage by 2025, it would doom the electric grid almost the minute the sun dips or the wind stops blowing.

Unlike natural gas, solar and wind generate power intermittently, not continuously, so they need to be backed up by a reliable energy source—almost invariably natural gas. Every wind turbine and solar panel built means pumping more natural gas to ensure a steady supply of electricity. In an honest world, we’d call wind and solar “supplemental” sources, not “alternatives.”

Little wonder that so many Big Oil companies are rapidly becoming Big Gas producers while boasting about their commitments to fighting climate change—global warming is great for business. “Climapocalypse” rhetoric from professional activists creates a powerful incentive for government regulation by “selfless” politicians, whose legislation is favorably shaped by well-funded industry lobbyists.

What Toyota and other sober minds see is a twofold problem: the Biden administration’s proposal to convert traditional cars to EVs to stop global warming is effectively a proposal to massively expand nationwide electricity production—an unlikely outcome made impossible when “green energy” mandates are added to the mix. That’s a bet that they’re not willing to take, especially when eco-activists are now demanding bans on low-carbon natural gas.

But as RealClearEnergy editor Jude Clemente points out, even if environmental fundamentalists got their way, oil will continue to be critical to fueling airplanes, heavy trucks, petrochemicals, and even the production of wind and solar technologies—with no viable alternative in sight. What will change is the average American’s access to cheap and abundant electricity.

We already have an example in Germany, writes Clemente, where climate change policies have made electricity a “luxury good” for citizens of the industrial powerhouse–turned–Green Man of Europe and a cold snap in February left some 30,000 solar panels and wind turbines frozen over and utterly worthless for the shivering Germans who rely on them.

In December 2020, Tesla CEO Elon Musk warned the world that “electricity consumption will double if the world’s car fleets are electrified.” If all that extra electricity must come from so-called alternatives, we’re in for a nightmare. Francis Menton has calculated the cost of powering just California’s power needs with solar panels (the state’s strategy to meet its EV mandate) at his blog, Manhattan Contrarion:

If 180 days per year have less production than usage, and the average shortfall of production on each of those days is 300 GWH, then you will need 54,000 GWH worth of batteries (180 x 300). At $200 per KWH, that will run you around $10+ trillion. This would be about triple the annual GDP of the state of California [emphasis added].

None of this is to claim EVs have no place on America’s future highways. As Edward Ring writes in American Greatness, electric motors have much to recommend them, such as a simpler design and better horsepower than internal combustion engines, lower maintenance requirements, and longer lifespans. Electric cars will undoubtedly continue to make up some portion of the vehicle fleet for the foreseeable future, even if their growth may leave the U.S. more dependent on foreign energy supplies and not prove to be as much of a spur to innovation as experts once believed, according to my colleague Michael Watson.

Rather, we shouldn’t allow the Left to warp our decisions about the future of the nation’s electric grid with their blind ideology disguised as science—there’s too much at stake.