The Confucius Institutes and CCP Propaganda on College Campuses 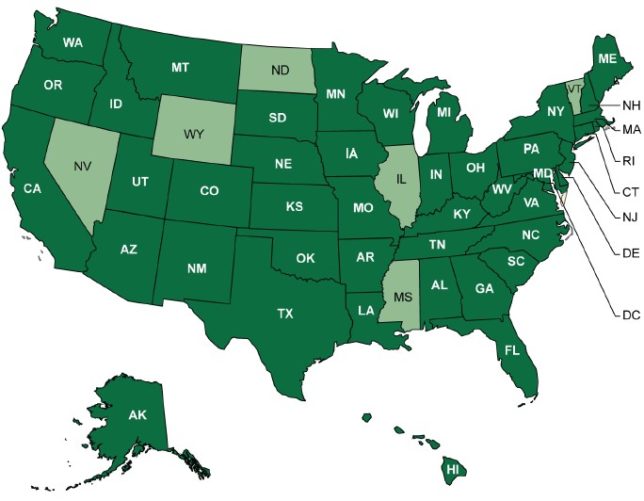 All but six U.S. states had at least one Confucius Institute on college or university campuses as of January 2019. Credit: GAO analysis/GAO-19-278.
by Sarah Lee

The Biden administration has been spending a great deal of time walking back much of the Trump administration’s work on a variety of issues, but its actions on the foreign funding of nonprofits, particularly universities, has flown mostly under the radar. This policy area has serious implications for national security and the increasingly violent culture wars.

CRC has been tracking these backdoor foreign influence schemes. CRC articles have examined the lack of transparency in foreign funding of think tanks and universities and how the Biden transition agency review teams showed an alarming trend toward a hostile regime rather than embrace a Trump-proposed rule to increase scrutiny of the Beijing-backed Confucius Institutes.

Sure enough, in January, Biden’s Department of Homeland Security dropped the Trump proposal, which would have required universities to disclose their agreements with Confucius Institutes. This action led to a letter from Minority Leader Kevin McCarthy (R-CA) and other House Republicans urging Biden to retain the rule. Another letter quickly followed from Sens. Mitt Romney (R-UT), Marco Rubio (R-FL), Chuck Grassley (R-IA), and Rob Portman (R-OH) noting their collective concerns about the “nefarious actions” of the  Chinese Communist Party (CCP):

We believe it is critically important to better understand and reduce the CCP’s influence on the American people, including through the Hanban, its propaganda arm that runs Confucius Institutes through the PRC Ministry of Education. The proposed rule is a necessary step in that effort and would bring needed transparency to Confucius Institutes.

So what are the Confucius Institutes? InfluenceWatch notes they are ostensible Chinese language and cultural events programs at universities and schools that were founded in 2012 as “the Washington, D.C.-based think-tank arm of the network of Confucius Institutes across the globe [whose] sole member and funder is the Chinese Office of Chinese Language Council International. The organization, known colloquially as Hanban, is overseen by a branch of the People’s Republic of China (PRC) Ministry of Education.”

Critics accuse Confucius Institutes of being a mouthpiece for the Chinese government and the Chinese Communist Party, a charge that Liu Yunshan, the Chinese Communist Party’s former First Secretary and head of the propaganda department, confirmed in a 2010 article in the Chinese Communist Party newspaper People’s Daily, stating that the PRC will “Coordinate the efforts of overseas and domestic propaganda, [and] further create a favorable international environment for us [. . .] With regard to key issues that influence our sovereignty and safety, we should actively carry out international propaganda battles against issuers such as Tibet, Xinjiang, Taiwan, human rights and Falun Gong. [. . .] We should do well in establishing and operating overseas cultural centers and Confucius Institutes.”

The Heritage Foundation, in a piece warning of China’s “soft war” against the U.S., noted that since Trump’s proposed rule, many of the institutes have closed:

This is a good sign, but Biden’s backtracking on the issue is a critical national security concern when the U.S. should be demonstrating resolve and commitment to freedom, rather than protecting a mouthpiece of a hostile regime as long as the money is right.