The Clueless Climate Hypocrisy of the League of Women Voters 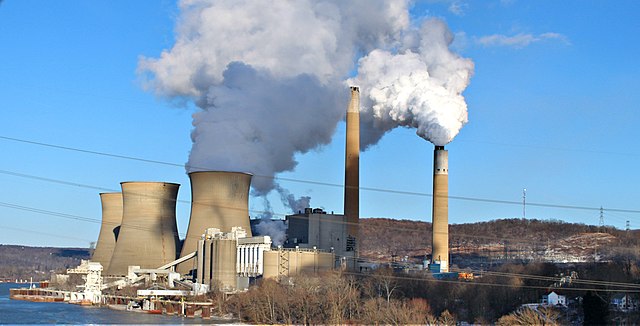 What the league of ladies was really learning was how to promote coal-burning cars. But neither the group nor the newspaper was honest (or informed) enough to tell that truth to their town.

A critical fact missing from this story was that opposition to nuclear energy is an official policy position of the League of Women Voters. A quote from the comprehensive profile of the group on InfluenceWatch explains why this is a problem:

Nuclear power plants produce no carbon dioxide or other greenhouse gas emissions, and as of 2021 accounted for 20 percent of American electricity production—the largest source of zero carbon electricity in the United States. An October 2018 proposal from The Nature Conservancy noted that zero-carbon nuclear plants produced 7.8 of total world energy output and recommended reducing carbon emissions by increasing nuclear capacity to 33 percent of total world energy output.

The League of Women Voters was one of more than 600 co-signing organizations on a January 2019 open letter to Congress titled “Legislation to Address the Urgent Threat of Climate Change.” The signatories declared their support for new laws to bring about “100 percent decarbonization” of the transportation sector but denounced nuclear power as an example of “dirty energy” that should not be included in any legislation promoting the use of so-called “renewable energy.”

Along with its policy opposing nuclear power, the League of Women Voters’ 2018–2020 “Guide to Public Policy Positions” included more than a dozen references to “renewable” energy. Although neither was mentioned, it is reasonable to infer that what the group meant by “renewable energy” is wind turbines and solar panels—in other words, “weather-dependent energy.”

Even after multi-billion-dollar subsidies raining down on weather-dependent power for many years, wind and solar combined still produced just 10.7 percent of U.S. electricity in 2020. Meager though the effort was, wind and solar were still (after nuclear energy) the only noticeable fraction of zero-carbon power on the American electricity grid.

This is where the voodoo comes in.

Consistent with the recommendation of the the Nature Conservancy, the 20 percent contribution of zero-carbon nuclear power to American electricity production could be doubled, tripled, or more. France gets 70 percent of its electricity from nuclear. For well over half a century the U.S. Navy has safely operated hundreds of nuclear reactors on warships floating over (and under) the oceans. (The Navy gave up on weather-dependent wind power some time ago.)

Nuclear is currently more expensive than natural gas and coal, the dominant fuels in U.S. electricity production. But the cost disadvantage is neither inevitable nor irreversible. On the most critical points that matter—unlike weather-restricted wind and solar—nuclear is always on when needed, requires no battery storage, and takes up little space.

To keep the juice flowing, an electrical grid that becomes more weather dependent will need to retain and still use a significant percentage of backup powerplants that don’t rely on the weather to cooperate. Weather-dependent power becomes increasingly more redundant and costly as more capacity is added.

Despite this major drawback, weather-dependent power (rather than nuclear) is the overwhelming favorite of politicians tossing about mega-billions in taxpayer subsidies for carbon-free energy. This corporate welfare is hoovered up by firms in the “renewable” energy sector.

Enter Alan Wernke, the speaker the League of Women Voters invited to Richfield, Minnesota, the previous weekend. The newspaper announcement of the event explained that Wernke is “a consultant working in the area of renewable energy systems.”

The Sun-Current didn’t elaborate. The news account did state confidently that a “transition to electric vehicles could be a major part of reducing greenhouse gas emissions” and that the “league’s major focus this year is studying how Richfield residents and businesses can reduce their carbon footprint.”

This adds up to an obvious hypocrisy.

And it doesn’t solve the problem to call it “renewable.”

Nearly two-thirds of our electricity comes from carbon-emitting sources: natural gas (40 percent), coal (19 percent), and burning wood and organic material that release carbon (1.4 percent) and petroleum (1 percent). As noted, another 20 percent is nuclear.

A big spike in electricity demand to fuel electric cars effectively requires using an increased combination from the fuels that produce 84 percent of our juice: coal, natural gas, and nuclear power.

Ruling out nuclear (as the league has done) means that more needs to come from the other two sources. The “transition to electric vehicles” then becomes just another deceptive euphemism for “more coal-powered cars.”