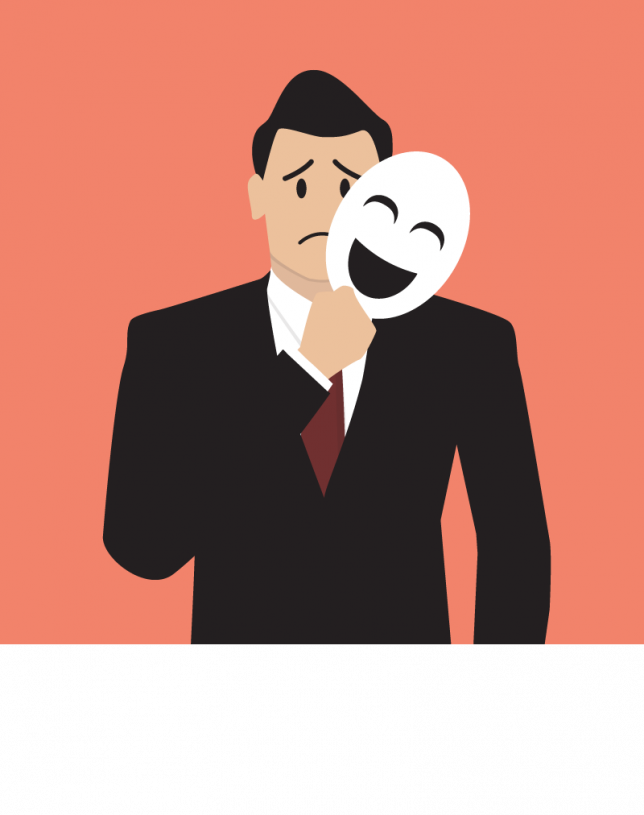 In mid-December, Education Week’s “Rick Hess Straight Up” blog featured an as-usual interesting post by Hess, “Three Cheers for Impostor Syndrome.” A resident scholar and director of education-policy studies at the American Enterprise Institute, Hess shared his thoughts about a Chronicle of Higher Education feature on a university professor who successfully overcame her “impostor syndrome.”

“[I]mpostor syndrome is the fear that you’ll be found out at any moment as an impostor who doesn’t belong in your job or can’t do an important task. The American Psychological Association terms it a ‘very real and specific form of self-doubt,’” according to Hess.

“Here’s the funny thing: While the piece was a celebration of how [the professor] triumphed over her angst and anguish, I kept thinking just how good and healthy impostor syndrome can actually be for those of us in the world of academe, research, and policy,” he continues. “And I say that as someone who has lived with impostor syndrome throughout my professional life.

After all, when you think about what academics, researchers, and policy types do—which is tell other people how the world works, how we think it should work, and how to change it—it’s clear that a dose of humility is in order. Truth is, I’d love to see more of us show less certainty when it comes to the analyses and prescriptions we so confidently offer. And, since authentic humility seems to be in pretty short supply these days, I’ll happily accept impostor syndrome as a useful facsimile.

Hess then quotes a lengthy passage from his own good book Letters to a Young Education Reformer, at the end of which he notes that as he advanced in his own academic career, he began “to notice that the experts I encountered weren’t obviously smarter or more knowledgeable than I was” and “I wasn’t sure that I had much more business offering wisdom on American schools than I did trying to fix a car.”

Letters to a Young Education Reformer also contains a chapter, by the way, with great insights about the challenges to and many shortcomings of education philanthropy and those who work in it—for whom, he writes in the book, “it’s easy to wind up in a self-assured, mission-driven bubble.” The good-naturedly pugilistic Hess has also previously edited The New Education Philanthropy: Politics, Policy, and Reform, and he does not pull any punches when it comes to critiquing education philanthropies in other venues, either. (See here, for example.)

I strongly suspect that Hess, whom I know, would see the same benefits of “impostor syndrome” in philanthropy in general and philanthropy professionals in particular.

After all, when you think about what they do, too—which is also tell other people how the world works, how they think it should work, and how to change it—it’s clear that a dose of humility is needed, as well. On the part of givers and their staffs, less certainty in their confidently presented analyses and prescription is equally well-warranted. And to the large degree that authentic humility seems absent in their case, too, a philanthropic impostor syndrome is also a useful facsimile.

So to add to Hess’s three, here’s a fourth cheer for impostor syndrome, in the philanthropic context.