The Battle for America’s Unconscious Mind: Framing the Debate 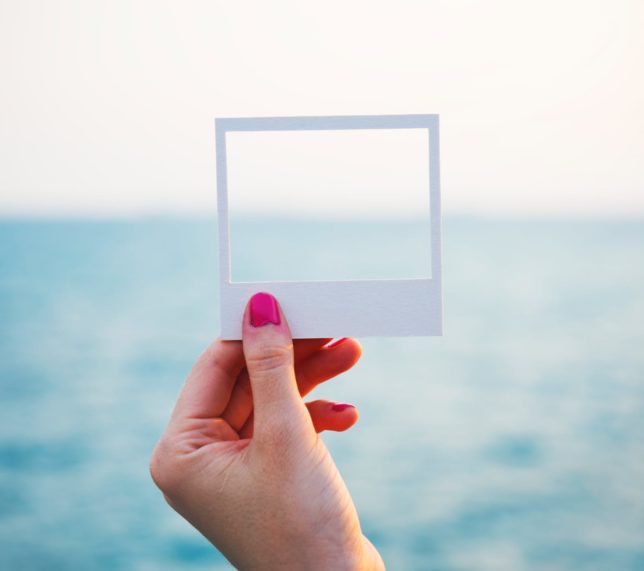 The brain does not have the resources to process every new situation as entirely new, so the brain places events and ideas within familiar contexts and patterns. In essence, framing helps us to recognize that this new thing is one of those things that we already know about and to which we already know how to respond, and it happens without much conscious thought.

Now consider the Left’s framing of their attempts to limit conservative speech, especially on college campuses, as support for tolerance. By framing disagreement with a statement as “your statement is intolerant, hateful, and hurtful,” the Left treats speech as a form of verbal violence and claims the high moral ground in suppression of opposing opinions. From there, it is a short step to claiming the moral right to harass conservatives at gas stations or restaurants.

In a related vein, the Left has claimed the high moral ground by framing diversity only in demographic terms. (Remember, class struggle is a core belief of Cultural Marxism, so individual identity is outranked by demographic category.) But in reality, the Left’s agenda is all about enforced uniformity of condition, thinking, and expression. Campus speech codes twist the meaning of diversity by framing suppression of different opinions as respect for diversity.

The popular complaint from the Left about “income inequality” is another example of subtle framing. The assumption is that differences in income are unnatural and morally wrong, not in keeping with a fair and just society. Totally absent from this frame is the understanding that “rich” and “poor” are often the same people at different stages of life, with time and experience allowing people to earn and accumulate more resources. The Left’s language about the “1 percent versus the 99 percent” limits the entire frame of that discussion to a handful of billionaires and directs attention away from the economic reality of upward mobility for the vast majority of Americans.

Consider “reform” and the positive associations triggered by the word. Who could be against “reform,” especially as the word implies that something is wrong and needs to be corrected? The Left claims the moral high ground there by promoting socialized medicine as “healthcare reform” and open borders (with millions of new leftist voters) as “immigration reform.” When conservatives advocate for “tax cuts” or regulatory “cuts,” we could be surrendering the high ground up front. How about “tax reform” and “regulatory relief” as better expressions of our true, moral intentions to make the tax system fairer and to unburden employers who are staggering under the weight of arbitrary regulation?

Even the most innocuous and laudable sentiments can be engrained with an unintended political message. How many times do successful entrepreneurs describe their philanthropy as an opportunity to “give back to the community”? But giving back implies that something was taken and that the right thing to do is to restore it. That sentiment has been shaped by the left’s view of economic activity as a zero-sum game in which someone must lose for someone else to win. In the conservative view, entrepreneurs create. They transform resources into products, services, and jobs. They are not taking from society; they are building society as they build their own financial success. That is not to say that entrepreneurs should immodestly frame their contributions as “giving even more to society than I already have.” But how about something like, “I’ve dedicated my career to creating jobs and offering products, and I am now honored to be in a position to serve in other ways”?

Sometimes the Left’s political agenda requires a gradual shift in the language used in discussing an issue. Victor Davis Hansen wrote an excellent piece earlier this year on the Left’s skillful shifting of language with several current topics. He points out that “global warming” has become the catchall “climate change,” so that whatever the weather does, the answer is more government. And he points out how the Left’s language to describe people illegally flooding across our border has morphed from “illegal alien” to “illegal immigrant” to “undocumented immigrant,” and finally and simply to “migrant.” The entire association with law breaking has been removed from their language. And he highlights how “liberal” has morphed into “progressive,” with its connotations of advancement and progress.

The Left’s long march strategy and its dominance in the cultural institutions has allowed them to subtly challenge the meaning of our most basic political language. Used by the Left, “equality” refers to outcome and not to opportunity; “fairness” refers to stacking the political deck against certain demographic groups in the class struggle— not a level playing field; “tolerance” means not offending the Left instead of a live-and-let-live attitude that recognizes that everyone will not think and act the same way; and “justice” means forced redistribution and not proportionality between crime and punishment.

But surely conservatives are still unchallenged on the bedrock conservative idea of “freedom.” After all, freedom instead of coercion is what conservatism is all about. It is conservatives who have a Freedom Caucus; the Left has no need of one.

But the Left is even coming after the idea of “freedom.”

George Lakoff is one of the Left’s most brilliant and influential experts on messaging. In the debate over healthcare, he has cautioned the Left that working within a market frame of products and prices gives conservatives the advantage. Instead, he argues that the Left should frame their healthcare agenda as one of freedom: You are not really free if you are sick and cannot pay for your healthcare.

That frame is a direct challenge to the very morality of limited government and turns the idea of freedom on its head. Government taking care of your healthcare makes you freer. Limited government limits your freedom.

Skilled use of framing can help conservatives in the healthcare debate. Do conservatives really want to debate the left within the frame of how much government should provide, so that we are always in the position of arguing for less? Or do we want to frame the question of who should manage your healthcare, you and your doctor or politicians and bureaucrats who you will never meet? Note that “government” is a general concept that is difficult to visualize, but specific words such as “politicians” and “bureaucrats” elicit a much clearer, and more honest image of the political reality.

In The Little Blue Book: The Essential Guide to Thinking and Talking Democratic, George Lakoff and Elisabeth Wehling argue that there can be no private success without public services. Their framing of the relationship between the private sector and government draws upon a familiar pattern that most people already have in their minds, that of investment and reward. Most people would agree that those who invest in something are entitled to the rewards that result. By framing taxes as “investment” in the infrastructure upon which private business depends, the left taps into that idea of investment and reward and, thus, makes a moral case for redistribution of profits from successful businesses. Society invested in successful businesses by providing public infrastructure and services, so society has a moral right to share in the rewards from those businesses. In 2010, when President Obama told successful businesses “you didn’t build that,” he was literally taking a page from The Little Blue Book.

Of course, there is another way of framing government’s role in providing infrastructure and public services, that of a paying for a service. People already have a pattern in their minds of paying for goods and services, and those transactions end at the point of payment. If you pay a contractor to build an addition to your house, the contractor has no moral claim to the added equity in your house. Within a paying for a service frame, our taxes pay government to perform its assigned tasks such as providing infrastructure and public services, but performing those tasks in no way makes government a partner in our businesses.

What a difference a frame makes!

In the conclusion of The Linguistic Battle for America, learn rhetorical strategies for talking about ideological differences.