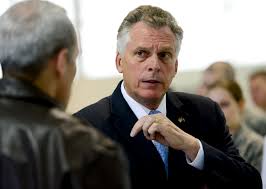 GreenTech Automotive, former Virginia Governor Terry McAuliffe’s government-subsidized electric car company, filed for bankruptcy in late February. The announcement came on the heels of a string of lawsuits accusing the firm of scamming investors out of vast sums of money.

McAuliffe, an ex-Democratic National Committee chairman, co-founded the “affordable” car manufacturer in 2009 after losing the 2009 Democratic gubernatorial race. From the start, it was a politically tinged enterprise: in his second campaign for governor McAuliffe wanted to present himself as a successful businessman who could create jobs. So he used his connections and $20 million to purchase a Hong Kong-based car manufacturer, before turning to his goal of building an auto plant in the U.S. After state officials in Virginia doubted his proposal he settled on building the plant in Mississippi—with the help of $5 million in loans from the Mississippi Development Authority and Tunica County. He promised to invest $1 billion, create 1,500 jobs, and build 400,000 all-electric vehicles by 2013.

As of 2013, GreenTech had hired just 100 employees and had produced only 100 cars—an irony that is reflected in their current bankruptcy filings.

In July 2017, the Mississippi state auditor demanded $6.4 million in loans and interest from GreenTech for failing to fulfill its initial promises. As of 2016, the state has received just $150,000 from GreenTech—it’s “first and only payment.” As CRC’s Jacob Grandstaff noted:

Green Tech’s failure shows [that] jobs created for political grandstanding, whether created by the Depression-era Civilian Conservation Corps in the 1930s or a foreign-investment-for-immigration scheme in the 2010s don’t last and often result in long-term lost investment in exchange for short-term job results.

McAuliffe went on a foreign fundraising spree to build the plant, raking in $141.5 million from nearly 300 investors between 2009 and 2013, according to the company’s bankruptcy filings. (He resigned from the company in late 2012 to run for Virginia governor.) Many of those investors were Chinese, and invested in GreenTech under a federal “immigrant investor visa program” called EB-5. Those investors were brought in largely thanks to the efforts of Anthony Rodham, the brother of Hillary Rodham Clinton, and his EB-5 investment firm, Gulf Coast Funds Management. According to a 2015 Politico article, Rodham:

became a kind of traveling salesman in China for a politically connected green car company [GreenTech] that was building a factory in a distressed corner of Mississippi.

According to Politico, 32 of those Chinese investors sued GreenTech in November 2017, claiming the company had misrepresented itself and “swindled” them out of roughly $560,000 apiece. They claimed that Rodham and McAuliffe had lured them in “with promises of insider connections.”

In June 2016, CRC vice president and chief investigative officer Dr. Steven J. Allen reported in a Fox Business interview that Rodham’s company was “essentially a scheme to get people EB-5 visas.” (Editor’s note: The company run by family members of Jared Kushner, President Donald Trump’s son-in-law, is currently under investigation by the Securities and Exchange Commission for its use of the same investment-for-visa program.)

“At least one Chinese intelligence agent was among those that got into the country as a result of Terry McAuliffe and Anthony Rodham’s operation,” Dr. Allen said. McAuliffe soon came under investigation by the FBI and the Justice Department for possible campaign finance violations; agents cited a $120,000 donation from a Chinese businessman with U.S. residency named Wang Wenliang—a previous delegate to communist China’s National People’s Congress and a major Clinton donor.

McAuliffe, who is rumored to be considering a run for president in 2020, is now raising money for the DNC. Perhaps this latest financial venture will prove more serendipitous for the fundraising heavyweight than GreenTech did.