Terror of the Unborn: A Quiet Malthusian 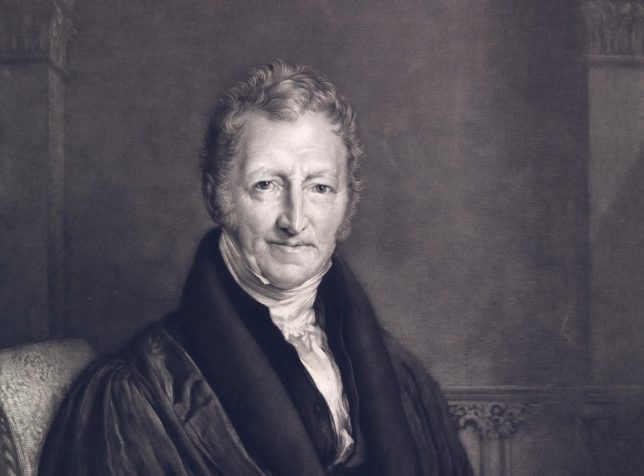 Unlike his business partner, Buffett himself hardly speaks publicly about abortion, perhaps (as some have speculated) out of concern that it would damage his investments and public image. “Certainly I consider population and reproductive rights to be important issues, and I may eventually write something on them one day,” Warren Buffett once told Barron’s. “But until then, I don’t want to comment on the question or become a spokesman. I’d end up getting 50 letters a day. It would change my life too much.”

Population control was more the domain of his first wife, Susan (née Thompson), an outspoken population control advocate who regularly attended meetings on reducing global population growth around the world. “Warren feels that women all over the world get shortchanged,” she said in a Charlie Rose interview aired after her death. “That’s why he’s so pro-choice.”

The two had a curious, perhaps Aquarian relationship. They were married in 1952 and had three children; in 1977, the sometime-cabaret singer Susan left her husband in Omaha to pursue a singing career in San Francisco, though they remained married and apparently on good terms. One year after leaving Nebraska, Susan introduced Warren to Astrid Menks, who soon moved into his house and married him after Susan died from a stroke in 2004.

In a 1988 interview with the Omaha World-Herald, Susan relayed the Buffetts’ shared interest in addressing the world’s “population problem”:

Success that can be shown statistically appeals to her husband, Mrs. Buffett said. “Warren likes numbers . . . he likes to see concrete results, and you can see them [population figures] change,” she said.

As president of the Buffett Foundation, which was giving away over $1 million annually in the mid-1980s, Susan Buffett directed spending toward two goals: “preventing nuclear war and limiting population growth.” In 1986, that meant grants totaling $300,000 ($708,000 in 2020 dollars) to various Planned Parenthood affiliates, and another $250,000 to the Population Institute (run by Rodney Shaw, a minister who pushed for population control policies in the United Methodist Church in the 1970s).

Funding population control and abortion has become a Buffett family specialty. The family controls four foundations besides the Susan Thompson Buffett Foundation, all of which contribute to center-left political issues ranging from immigration to higher taxes to LGBTQ interests.

In a 1997 interview with the Chronicle of Philanthropy, Suzie Buffett—the couple’s eldest daughter and Buffett Foundation chair—said that funding population control is “what my father has always believed was the biggest and most important issue, so that will be the [foundation’s] focus. I feel as his child that it’s important to carry out his wishes. It’s his money.”

That fidelity to her parents’ donor intent also extends to Suzie’s ex-husband, Allen Greenberg, a former public interest lawyer for Public Citizen (one of the litigation groups created by arch-activist Ralph Nader in the 1970s) and staffer for then-Rep. Chuck Schumer (D-NY). Greenberg has quietly directed the Buffett Foundation since 1987 (2018 compensation: $753,314) and was Inside Philanthropy’s 2019 Foundation President of the Year for “leading the pushback” against abortion-on-demand with massive grants to pro-choice groups.

In his 2006 “Giving Pledge,” Buffett promised to donate 99 percent of his wealth to four Buffett family foundations, including $3 billion to the Susan Thompson Buffett Foundation. He also bought himself a seat on the board of trustees for the Bill and Melinda Gates Foundation with what observers noted was the largest donation in history. While the Gates Foundation does support genuine philanthropy—especially fighting disease in developing nations—it’s also one of the world’s largest funders of abortion activism and research. Buffett’s gift of 10 million shares in Berkshire Hathaway effectively doubled its assets and ability to push global “family planning” schemes.

There’s reason to suspect that the sudden influx of Buffett money encouraged the Gates Foundation to engage in abortion funding. While Bill and Melinda Gates have expressed personal support for abortion programs—they’ve criticized President Donald Trump’s ban on federal funding of abortions and Bill Gates’s father was a longtime Planned Parenthood board member—pro-abortion activists observed as late as 2006 that the Gates Foundation was “shyer of abortion rights funding” than the Susan Thompson Buffett Foundation, although it had no qualms about funding “family planning and sex education programs.”

Whatever prompted its change of heart, the Gates Foundation’s newfound support for abortion programs was most obvious at a 2012 conference in London it organized with the British government and United Nations. Dubbed “Family Planning 2020” (FP2020), the conference outlined a plan for elites and major governments to extend “reproductive health and rights” to 120 million people in poor countries by the end of 2020. While that includes less controversial things such as birth control and education for girls, FP2020 chiefly aims to loosen abortion restrictions overseas.

FP2020 has very deep pockets. In 2017, it spent $3.8 billion on “family planning,” of which $475 million came from the U.S. government and American foundations. In 2018, its total American funding rose to $631 million, according to FP2020’s latest annual report. (Almost all the federal funding was awarded under the Obama administration for future payout.)

FP2020 credits the Gates Foundation as a “core partner” on its website, and little wonder—it’s almost certainly the largest foundation bankrolling FP2020. Between 2012 and 2017, the Gates Foundation granted a staggering $127 million to the United Nations Foundation (UNF), a U.S.-based FP2020 conduit that collects donations for the campaign. FP2020 also gets hefty checks from the usual suspects in the abortion-on-demand camp, including Planned Parenthood and Marie Stopes International, a top abortion provider overseas.

Shamefully, FP2020’s abortion program is even supported by the U.S. Agency for International Development (USAID)—the federal agency responsible for delivering foreign aid—to the tune of $14 million, meaning your tax dollars are supporting its anti-life agenda in the name of humanitarian “development.” That’s particularly outrageous considering that shortly after taking office in 2017 President Trump reinstated the Mexico City Policy, a ban on federal funding of groups that perform abortions overseas. This axed $75 million in U.S. funding for the U.N. Population Fund, the U.N. agency responsible for population control in poor nations and administering FP2020.

In documenting the anti-family attitude driving this campaign, I’ve noted the revealing parallels between the campaign’s rhetoric and beliefs and those expressed by the eugenicists, racists, and “Progressive” white supremacists of the 20th century. Even the term “family planning” is a euphemism invented by a cabal of leftists in the 1950s to disguise “population control” policies—itself a term engineered by early 20th century Progressives like Margaret Sanger.

Take one pillar of FP2020: the “right to reproductive self-determination,” which it defines as the right of “individuals and couples [to] choose whether, when, and how many children to have.”

That’s strikingly similar to the message promoted decades ago by the Population Council, eugenicist John D. Rockefeller III’s “solution” to supposed world overpopulation. In 1967, the Population Council funded a Disney cartoon warning kids about overpopulation, particularly in India and Asia, touting the same themes as FP2020. The film lauded the benefits of “family planning” for allowing couples “to decide in advance the number of children [they] will have and when they will have them.” “You can have only the children you want,” the cartoon triumphantly concludes, “and only when you want them. That’s what family planning can mean to you.” FP2020 might have repeated that message word for word, 45 years later.

So how close is FP2020 to accomplishing its original goal? According to its website, 53 million more women and girls are using birth control since it began in 2012 (the original target for 2020 was 120 million), preventing 119 million “unintended pregnancies,” 21 million “unsafe abortions” (what that means is unclear), and 134,000 maternal deaths. Naturally, FP2020 plans to continue well after 2020 ends—and with billions of dollars in funding.

In the next installment of “Terror of the Unborn,” learn of the efforts to develop an at-home abortifacients.