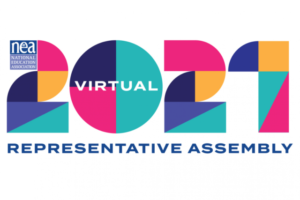 While the NEA delegates have declined to declare open war on their fellow Americans, they did promise to use American public education to indoctrinate students in radical-left “critical race theory.” And the NEA has committed $127,600 of its members’ money toward this indoctrination. Another NEA resolution put $56,500 toward political opposition research targeting activists who oppose teaching schoolchildren collective racial guilt, singling out the Heritage Foundation by name.