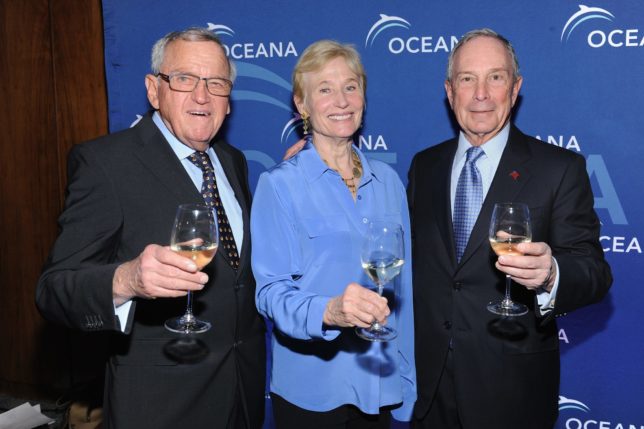 The Berger Action Fund, the advocacy arm of Swiss megadonor Hansjörg Wyss’s Wyss Foundation, passed $3 million to the National Redistricting Action Fund (NRAF) between 2018 and 2020. The NRAF is the 501(c)(4) lobbying arm of Holder’s National Democratic Redistricting Committee, a self-described “centralized hub for executing a comprehensive redistricting strategy” to give Democrats an edge in congressional races.

Holder, who chairs the National Democratic Redistricting Committee, launched the group in 2017 with the goal of electing Democratic majorities in state legislatures in order to control the 2021-2022 redistricting process. While Holder has claimed his group wants to create “fair maps,” the committee’s stated goal in its IRS forms is “to build a comprehensive plan to favorably position Democrats for the redistricting process through 2022.”

Holder has repeatedly decried the influence of foreign money in U.S. politics, even comparing Russian interference in the 2016 election to Pearl Harbor and 9/11. In a 2017 Washington Post op-ed about starting the National Democratic Redistricting Committee, Holder wrote, “There is nothing more fundamental to the well-being of our nation than the right to cast a ballot in fair elections, free from foreign interference.” And in October 2020 he told Bloomberg that “we need to be prepared” for foreign “attempts to interfere with our electoral system.”

Wyss’s contributions reveal that the foreign billionaire supplied as much as 40 percent of the NRAF’s total funding in 2017-2018 and 24 percent in 2018-2019, making him one of the largest donors to the organization in those years. Wyss is a Swiss citizen who stated that he does not hold permanent U.S. residency in 2014 and recently declined to tell the New York Times if he is an American citizen.

In 2016, the Daily Caller reported that Wyss had made $41,000 in illegal contributions to Democratic political action committees in violation of the federal government’s strict ban on foreign support for U.S. political campaigns. Wyss’s substantial spending through his nonprofits, while legal, raises serious ethical concerns about the far-reaching impact of foreign “dark money” in American elections and redistricting processes.

Wyss’s Berger Action Fund has passed at least $12.4 million to Arabella’s Sixteen Thirty Fund since 2010. The donations help fund the group’s Hub Project, a campaign run by veteran Democratic Party operatives to help liberal groups with messaging strategy. The Hub Project is credited with doing “remarkable damage” to former president Donald Trump’s reputation among Wisconsin voters in the 2020 election and helping Democrats defeat Republicans on “health care, taxes and the economy” in the 2018 midterms.

Wyss’s groups have also supported Democratic-aligned nonprofits such as Priorities USA, the League of Conservation Voters, and Planned Parenthood Action Fund. The Wyss Foundation boasted it gave $1 million to leftist groups for “civic participation” just prior to the 2016 election.

Wyss and the Wyss Foundation declined to comment to the Washington Free Beacon on his funding of partisan groups involved in U.S. elections, particularly as it concerns his opaque immigration status. The Berger Action Fund, which does not maintain a website, could not be reached for comment.

This article originally appeared in the Washington Free Beacon on May 6, 2021.