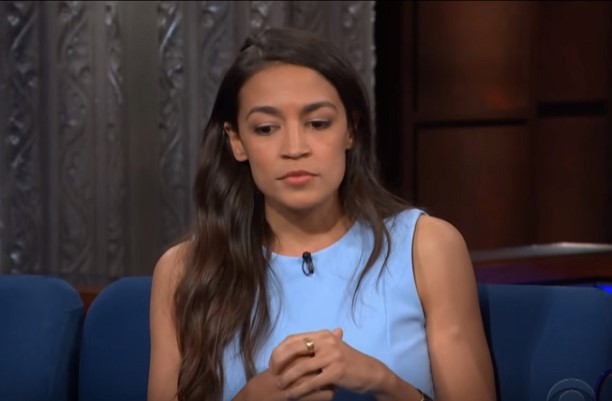 The latest eco-fad to surface from the murky depths of the environmental Left is the ominously named “Green New Deal” (as if the first New Deal wasn’t bad enough!). It’s part the agenda of Democratic Socialists of America member U.S. Representative Alexandria Ocasio-Cortez (D-NY) as she takes office today.

The Democratic darling and glamour-radical has made the Green New Deal (GND) the centerpiece of her congressional agenda, pushing now-House Speaker Nancy Pelosi (D-CA) to pursue what she’s called “the most progressive energy agenda that this country has ever seen.” She’s received support from the so-called Sunrise Movement, a group of left-wing activists who organized a sit-in at Pelosi’s D.C. office in November, urging Pelosi to support Ocasio-Cortez’s proposal to form a select committee on a Green New Deal.

While Pelosi eventually blocked the proposal in December—choosing instead to revive a defunct committee on climate change—don’t expect Ocasio-Cortez’s signature campaign to fade away just yet.

As its name suggests, the GND is meant to hearken back to the New Deal program of President Franklin Roosevelt. Like its eponymous predecessor, the GND aims to comprehensively refashion the American economy, albeit with the new goal of tying income inequality to global warming.

The proposal is as extreme as they come, which is probably why it is garnering support from the most radical environmentalist groups like 350.org. According to draft text on Ocasio-Cortez’s website, GND legislation would mandate reaching “100% of national power demand through renewable sources” within ten years. (Renewable sources currently account for just 17 percent of U.S. energy generation, according to the most recent statistics by the U.S. Energy Information Administration.)

The plan also calls for “eliminating greenhouse gases from the manufacturing, agricultural and other industries” and “funding massive investment in the drawdown of greenhouse gases.” Oh, and a few minor things like guaranteed “basic income programs” and “universal healthcare.”

Actually passing such legislation seems (admittedly) far-fetched, but the GND may instead serve as a rallying banner for the radical Left in its campaign to seize total control of the Democratic Party.

One of the groups at the head of that campaign is the aforementioned Sunrise Movement, which has aligned itself with Ocasio-Cortez and other solidly left-wing Democrats. Sunrise endorsed at least 35 Democratic Party candidates for state and congressional races in the 2018 midterm election, including Kevin De León in his bid to defeat incumbent Democratic Sen. Dianne Feinstein (CA) by running far to her left.

The group itself is a 501(c)(4) advocacy organization, according to its donation page on the fundraising platform ActBlue Civics, which caters to left-leaning 501(c)(4) clients. While Sunrise likely hasn’t yet filed returns with the IRS, its 501(c)(3) counterpart—the Sunrise Movement Education Fund—has operated since 2013, albeit under a different legal name: U.S. Climate Plan.

U.S. Climate Plan itself hardly appears online, though it used to have a website (now defunct). It’s run by Evan Weber, an environmental activist who previously worked as outreach director for the Pricing Carbon Initiative, which lobbies for carbon tax policies, and as assistant campaign director for Environment New Mexico, a state affiliate of the Big Green lobbying group Environment America.

Also on the Sunrise board of directors is Michael Dorsey, a former Sierra Club board member who was appointed in 2010 and 2012 by President Obama to serve on the EPA’s National Advisory Board.

And while the nonprofit’s revenues aren’t much to brag about—it reported earning just $119,000 in 2016, its most recent filing—its connection to the much-larger U.S. Climate Action Network (US-CAN) certainly is. According to its tax filings, Sunrise Movement Education Fund (and presumably its 501(c)(4) advocacy arm) operates out of US-CAN’s office on F Street in Washington, D.C.

US-CAN itself is the American affiliate of the Climate Action Network International (CAN-I), a group founded shortly after the creation of the United Nations-sponsored Intergovernmental Panel on Climate Change in 1988. CAN-I’s 1,100-odd members pursue ever-stricter global warming policies such as the 1997 Kyoto Protocol and 2015 Paris Climate Accord, often in tandem with professional activists in the United States.

For example, Chesapeake Climate Action Network (CCAN)—the D.C. affiliate of CAN-I created with seed money from the Rockefeller Brothers Fund—is noted for its aggressive activism: in 2003, CCAN protesters dumped one ton of coal on the lawn outside the U.S. Senate to protest the Republican congressional majority’s energy policies.

US-CAN is well-funded, too, pulling in almost $5.1 million in 2017. Since 2003, it’s received over $10 million in grants from left-wing funders like the Sea Change Foundation, Energy Foundation, Kendeda Fund, Rockefeller Brothers Fund, Tides Foundation, and Oxfam America. Unsurprisingly, that funding makes US-CAN a mainstay of the professional Left; counted among its 175-plus member organizations are environmental groups 350.org, Citizens Climate Lobby, Greenpeace, The Nature Conservancy, and World Wildlife Fund, as well as the Service Employees International Union, Union of Concerned Scientists—and, of course, Sunrise Movement.

Whether Sunrise succeeds in its goal to “make 2020 the first presidential election about climate change” or not, its proximity to the professional Left suggests the group is more interested in backing Democrats for public office than public policy, although that could change in 2019 if House Democrats back Green New Deal legislation. That representatives from Sunrise have appeared next to far-left icon Sen. Bernie Sanders and 350.org co-founder Bill McKibben in many talks with names like “What happens in 2018 will be up to you” only completes the picture.

Ultimately, one thing is clear: the Sunrise Movement is just another Astroturf group playing at “grassroots” activism.