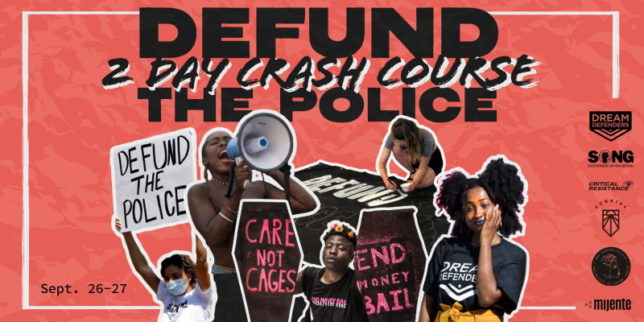 And you thought global warming was about the climate.

Unlike the environmentalists of yesteryear who struggled to disannul any ties to Soviet-style Bolshevism, today’s eco-activists are indistinguishable from the revolutionaries they compete with. In fact, the two share the same ideology—Marxism—which goes by any number of different names, depending on the day of the week and the group involved.

The Sunrise Movement, which authored that tirade, is the “green” equivalent of the Young Communist League (Kosomol in Soviet Russia) complete with edgy badges, youth rallying cries, and political indoctrination. Its “climate justice” ideology is inspired by the irrational idea that climate change is a racist conspiracy to oppress minorities and the proletarian poor.

CRC first exposed Sunrise last year as a prominent supporter of the Green New Deal, the bill introduced by socialist Rep. Alexandria Ocasio-Cortez (D-NY) in late 2018 that formed the manifesto of the new eco-Left—socialist red under a dab of green paint.

Far from just a global warming bill, the Green New Deal was an effort to utterly transform the United States into an authoritarian command economy, replete with “basic income programs” and single-payer health care on top of its impossible mandates to transition the entire country to 100 percent renewable energy (currently about 17 percent of national energy production) within the decade.

But this shouldn’t come as a surprise, because environmentalism is the far Left’s best shot at totally overturning America’s Constitution, laws, economy, and liberties. Global warming ideology put into practice is the culmination of what radicals have been building toward for more than a century.

Since CRC first reported on Sunrise, the group has grown more extreme and more politically active. Over the summer it militated in support of the Marxist-led movement Black Lives Matter and championed its campaign to defund law enforcement. “We cannot achieve climate justice without moving away from police and prisons,” a Sunrise director wrote in May.

These trainings are co-sponsored by other revolutionary Marxist groups, including Mijente, Southerners on New Ground (SONG), Dream Defenders, AfroSocialists, Socialists of Color Caucus, and Critical Resistance. Many of these organizations support abolishing the Immigration and Customs Enforcement (ICE) to facilitate illegal immigration to the country.

After the Coronavirus struck, Sunrise echoed other leftist groups in demanding a multi-billion-dollar “People’s Bailout” from Congress, effectively a repackaging of the Left’s economic platform, including:

In the Democratic presidential primary, Sunrise endorsed socialist Sen. Bernie Sanders (D-VT), initially giving eventual nominee Joe Biden an “F” on the climate. Some Sunrise activists refused to endorse Biden, while the national chapter has made no bones about trying to pull Biden even further to the left—presumably by passing the Green New Deal if Biden and Democrats seize control of the government in November.

Varshini Prakash, a Sunrise co-founder, was appointed to the joint Biden-Sanders Task Force on Climate Change in May. (Ocasio-Cortez was also appointed.) Biden’s $2 trillion climate plan would force the U.S. to “achieve a carbon pollution-free power sector by 2035”—an impossibility since renewables such as wind turbines and solar panels depend on carbon dioxide–emitting natural gas to avoid collapsing the power grid. Worse, the eco-Left has a doctrinaire aversion to nuclear power plants—which emit no carbon dioxide—dating back to its origins in the Cold War anti-nuclear movement.

A Scheme Built on a Lie

The bottom line is that environmentalism—specifically regulating carbon dioxide—empowers tyrants to control everything from breathing to driving. Even socialism doesn’t offer bureaucrats power over people at a cellular level.

And carbon dioxide gas is not a pollutant. As we all supposedly learned in grade school, plant life relies on CO2 in the air just as we need oxygen to breathe. Humans and animals exhale it, and volcanoes, wildfires (such as those currently raging in environmentalist-run California), decomposing biomass, and alcohol-burping yeast generate it.

High concentrations of CO2 are routinely used to stimulate plant growth in greenhouses. And no one would call the carbon dioxide we drink daily in soda, sparkling wine, and carbonated water a “pollutant.”

For most of the Earth’s history, CO2 levels in the atmosphere were substantially higher than they are today. The prehistoric ancestors of modern plants are thought to have evolved hundreds of millions of years ago, when carbon dioxide in the atmosphere was as high as 5,000 parts per million—perhaps 10 times higher than today. In contrast, the last great ice age saw atmospheric levels of CO2 dip as low as 180 parts per million, or half that present today.

Without carbon dioxide, Earth would be a dead rock.

Earth is far from dead. Satellites have observed what scientists call the “greening of the Earth.” In 2016, a study in the journal Nature Climate Change reported that as much as half of the planet’s vegetated land has shown significant “greening” of plants and trees since the 1980s—“equivalent in area to two times the continental United States”—because of rising carbon dioxide levels.

The “Green” Road to Serfdom

But the ideological Left has staked much of its future on demonizing carbon dioxide and other gases because it helps advance an unscientific agenda seize power over Americans’ lives, fortunes, and freedoms for self-righteous activists in Washington, DC.

The net result would be a country virtually indistinguishable from one run by out-and-out Bolsheviks. So why masquerade as defenders of the planet? Why would supposedly disinterested global warming activists share the same goals and funders as hardened Marxists?

The answer is simple: If Americans won’t vote for socialism, leftists will scare them into it.  “Climate Justice” is just the fastest road to serfdom. Americans may vote themselves a “green” utopia, but when they discover it goes ou-topos (nowhere), there won’t be a road home.