States Newsroom: A Tip of the “Dark Money” Iceberg 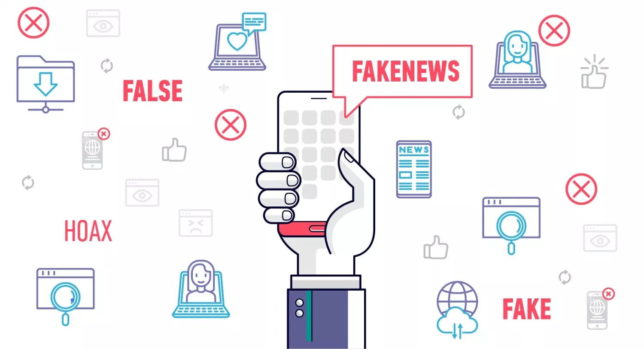 If the 2020 election proved anything, it’s that so-called mainstream media outlets like CNN, MSNBC, and even Fox News are little more than Democratic Party activists posing as serious journalists. But not every group moving to fill the void left by the collapse of America’s news industry can be trusted.

Take the Missouri Independent, which was exposed in the Missouri Times as a leftist “wolf in sheep’s clothing.” Far from “independent,” it’s a front for the States Newsroom, which leads an activist network of left-wing websites based in Washington, DC, that feeds Americans propaganda pretending to be news.

That fact was recently checked by PolitiFact, which supposedly debunked a conservative group’s claim that leftist billionaire George Soros had financially supported the Missouri Independent through Arabella Advisors. Arabella Advisors is a consulting firm and mastermind behind a $600 million left-wing “dark money” network, which was detailed and exposed in CRC’s new report The Shadow over America.

Arabella’s Hopewell Fund, one of three in-house nonprofits controlled by the massive pass-through operation, formed States Newsroom and ran the group until it became a standalone nonprofit in 2019.

Hopewell’s larger “sister” group, New Venture Fund—which operates from the same office as Hopewell and funds many of the same projects—has received at least $3.9 million in grants from George Soros’s Foundation to Promote Open Society. The Arabella groups regularly shuffle huge sums of money among themselves: Hopewell’s largest grant in 2019 was $17.4 million paid to its environmentalist “sister,” the Windward Fund. It paid Windward another $2.5 million in 2018.

Hopewell itself is funded by numerous left-wing mega-donors, including the Tides Foundation, “dark money” Proteus Fund, and Susan Thompson Buffett Foundation—all major donors to the Left’s top political causes. The idea that a product of this partisan, ideologically driven “dark money” network is an unbiased and trustworthy news source is ridiculous.

Notably, PolitiFact itself is a project of the Poynter Institute for Media Studies, which received over $29 million from left-wing donors between 2004 and 2018, including the Ford, Knight, and Tides Foundations. Other donors include George Soros’ Open Society Foundations and Foundation to Promote Open Society, as Poynter’s own website states.

And Poynter is far from unbiased. In April 2019, the group was embarrassed into retracting its “UnNews” blacklist of 515 websites as “unreliable.” The blacklist was developed with help from an employee of the Southern Poverty Law Center, a radical left-wing group that routinely smears mainstream conservative organizations as “hate groups.” Poynter cherry-picked right-leaning websites, flagging them as biased with the stated intent of harming them financially:

Advertisers don’t want to support publishers that might tar their brand with hate speech, falsehoods or some kinds of political messaging—but too often, they have little choice in the matter.

Most ad-tech dashboards make it hard for businesses to prevent their ads from appearing on (and funding) disreputable sites. Marketers can create blacklists, but many of those lists have been out-of-date or incomplete.

Aside from journalists, researchers and news consumers, we hope that the UnNews index will be useful for advertisers that want to stop funding misinformation. [emphasis added]

Don’t be fooled by the Missouri Independent or States Newsroom. The “dark money” network that spawned both is as partisan as they come.

Arabella specializes in taking huge donations from ultra-wealthy liberal donors like George Soros and the Ford Foundation to create “pop-up” groups like States Newsroom—websites meant to fool consumers into believing they are standalone organizations.

The Arabella network operated virtually incognito for nearly 15 years, until reporting on the Left and Right began dragging its shadowy operation into the light. The reporting, particularly two groundbreaking reports from the Capital Research Center, shattered the narrative that conservative “dark money” dwarfs political spending on the Left.

We’ve traced pop-ups in battleground states including Pennsylvania, North Carolina, and Florida back to Arabella’s plush headquarters in Washington, DC.

Arabella’s Network of Smoke and Mirrors

The Arabella network of in-house nonprofits raised more than twice as much as the combined $501 million raised by Republican National Committee and Democratic National Committee in 2017–2018 election cycle, and it’s still growing.

Between 2013 and 2018, Arabella’s nonprofits pumped nearly $1.8 billion into left-wing political groups that provide aid to Democrats for voter registration and lobbying for leftist policies, among other things.

In 2018, the New Venture Fund, the biggest nonprofit in the Arabella network, sent $26.7 million (its biggest donation in 2018) sent to Arabella’s Sixteen Thirty Fund. Even left-leaning Politico described Sixteen Thirty Fund as a “massive ‘dark money’ group,” one of the Left’s “biggest financial hubs,” and a “liberal secret-money network” responsible for boosting Democrats in the 2018 midterms.

Rivers Run Through It

If leftists—and their “fact-checker” allies—were serious about confronting untraceable political spending, they would turn the spotlight on Arabella Advisors and dismantle their own rivers of shadowy cash.