Socialism, the “Tea Party of the Left”

Is this the future of American politics? 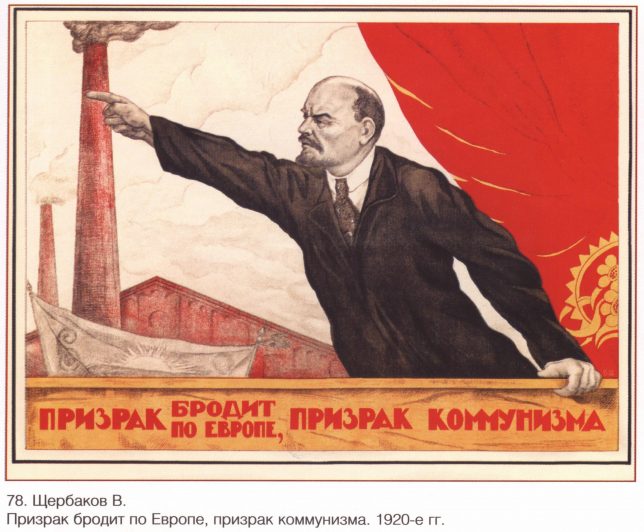 Is socialism the future of the Democratic Party?

The surprising success of Senator Bernie Sanders (I-Vermont), a 74-year-old “democratic socialist,” in the 2016 Democratic presidential primaries left many scratching their heads. Polls released in 2014—almost a year before Hillary Clinton even announced she was running—showed that over 75 percent of people believed that she would win the Democratic Party nomination in 2016. Thus, when Sanders announced his presidential campaign less than three weeks after Clinton, many wrote him off before he had even begun.

Bernie Sanders shocked the nation by winning 23 state primary contests, racking up a total of 1,879 delegates. What was supposed to be a preordained nomination for the darling of the Democratic Party had morphed into an actual battle.

Sanders’s success rested on the hordes of dedicated followers he amassed during the primary. Despite losing the nomination to Clinton, Sanders was still viewed favorably by over fifty percent of Americans in August 2017—higher than any other American politician, including Donald Trump, Mike Pence, Hillary Clinton, Elizabeth Warren, Paul Ryan, and Nancy Pelosi.

The dissolution of the Sanders campaign left his volunteers and supporters, many disillusioned with the Democratic Party, searching for a new home. Many in Sanders’s legions of supporters criticized the mainstream Democratic Party for not being left-wing enough, and—with the phrase “democratic socialism” in their minds—some were drawn what they see as the natural heir to their campaign: the Democratic Socialists of America (DSA).

But do the New Deal Democratic politics of Bernie Sanders actually represent the belief system of the Democratic Socialists of America?

What the Vermont senator incorrectly labels “democratic socialism” is actually social democracy. Social democracies are not anti-capitalist—individuals and corporations continue to own capital as well as the means of productions—but taxation, the government’s share of GDP spending, and regulation on this private sector are significantly higher. For all of its faults, Sanders’s economic proposals weren’t designed to end capitalism, but rather to increase the role of government in the American economy.

So, what exactly is democratic socialism? It’s a system in which true, anti-capitalist socialism is brought about through voting instead of revolution. Under democratic socialism, the means of production are government-owned and private ownership of property and wealth is abolished. This public ownership may take the form of social ownership (worker-owned cooperatives) or state ownership in industries such as steel and energy. In short, it’s straight-up, Soviet-style socialism—and more leftist than anything Bernie Sanders proposed in 2016.

The rush to join DSA, though, originated from more than just a few out-of-work Sanders campaign staffers. The group claims that much of its new membership base can be attributed to the Donald Trump presidency, as well as the Republican Party’s majority in both chambers of Congress. Margaret McLaughlin, the chair of the Washington, D.C., DSA chapter, contends,

If you look at our growth in membership, our big surges have been after big announcements by this administration. Like the Muslim ban, DACA. Charlottesville was huge.

Within the past year, membership in DSA has soared from just 8,000 dues-paying members to over 25,000. Compared to the current population of the United States (almost 325 million) DSA isn’t big enough to pack much of a political punch; but its growth and potential impact may have a surprising precedent… on the Right.

The Tea Party, a conservative movement, claimed only 67,000 members in April 2010 – yet it managed to win 47 seats in the House of Representatives the previous November. The power behind the Tea Party wasn’t in dues-paying members, but the millions of Americans who supported the movement with their votes – and without ever signing up formally. These unofficial members continue to form a strong voting bloc, backing Tea Party-affiliated Republican candidates.

DSA leaderships claims that they’re following a similar trend. By positioning themselves as the legitimate heir to Sanders’s 2016 presidential campaign, they believe they can gain the support of voters who might not pay the membership fees but support the ideals behind democratic socialism and, thus, will show that support during election season. With almost 29 percent of Americans and 43 percent of people under the age of 30 viewing socialism at least somewhat favorably, DSA’s theory may be proven correct in a future election season.

By giving up a history of symbolic protest votes, DSA hopes to avoid the “third-party tokenism” of groups like the Green Party. The organization, instead, has begun to reposition themselves into a rebellious and dissatisfied wing of the Democratic Party – one that the Democrats will need to pay attention to and form a coalition with if they hope to win back Congress and the presidency: Work with the party for mutual benefit, rather than working against them for mutual destruction.

Does that sound familiar?  It should. When it comes to elections, the Democratic Socialists of America seem to be following many of the same tactics as the Tea Party.

The main priority of the Democratic Socialists of America now is to help secure victories for DSA-backed candidates who support key planks in the party platform—like single-payer healthcare—no matter the candidates chosen ballot line. Maine state representative Mike Sylvester (Maine), one of DSA’s first nationally backed candidates, states that the role of the organization is to support candidates that align with DSA’s “bottom-line issues” and “not to move towards them” if they don’t agree.

The strategy seems to be paying off for DSA. Aside from Sylvester, DSA has also seen victories for DSA-endorsed city council candidates Khalid Kamau in South Fulton, Georgia, and John Grant in Seattle, Washington. Currently, there are 25 DSA members running for office, and the group plans to endorse an even larger number in the 2018 midterms. With the 2020 general election on the horizon, members of the party hope that this is just the beginning when it comes to DSA’s influence on American politics.

There seems to be very little enthusiasm within the mainstream Democratic Party, though, to play host to the new “Tea Party of the Left.” Although, some are more welcoming of DSA believing that the group might be able to keep incumbents on their toes during election season. Mark Penn, a former pollster and adviser to Bill and Hillary Clinton, asks, “Are they splintering the Democratic vote or are they adding to it?”

To delve deeper into the Tea Party’s rise to power in American Politics, check out Elizabeth Klimp’s article for the Capital Research Center on the influence of the Tea Party.