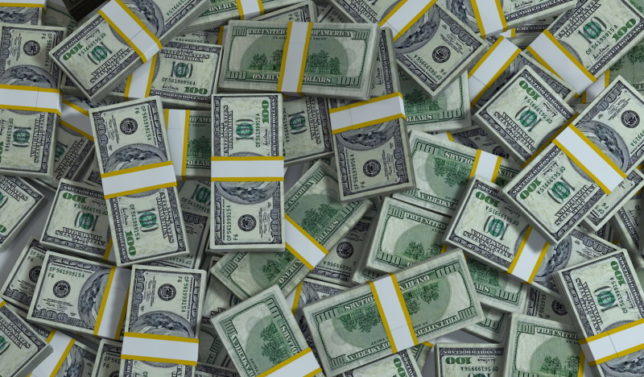 A “dark money” giant is funneling millions of dollars into the 2020 election to tilt the outcome in favor of Democrats—while complaining about money in politics.

The Sixteen Thirty Fund is the in-house lobbying wing of the $600 million funding empire run by Arabella Advisors, the company responsible for a set of four nonprofits created to help Arabella’s ultra-wealthy clients quietly funnel billions of dollars into changing policy and electing “Progressives” to office. The extent of this liberal behemoth is charted in CRC’s recent report, The Shadow over America: Arabella Advisors’ $635 Million Empire in 2018.

Sixteen Thirty has already poured a staggering $26.5 million into super PACs aiding Democrats in the 2019–20 election cycle, according to its FEC filings. Under IRS rules, 501(c)(4) nonprofits such as Sixteen Thirty are allowed to donate to super PACs, which can spend unlimited sums on “independent expenditures” such as TV advertisements so long as they don’t coordinate with a political campaign.

In other words, Sixteen Thirty has passed at least $7 million to a pro-Biden super PAC since June.

Millions for Other Super PACs

And Sixteen Thirty is practically its only donor of note, accounting for 96.3 percent of the PAC’s $5.9 million in receipts as of writing. (The next-biggest donation to Victory 2020 was $75,000 from film director James L. Brooks.)

Data on Sixteen Thirty Fund’s contributions this election cycle are compiled at InfluenceWatch, including:

A Shadow over the Election?

Sixteen Thirty Fund, like its 501(c)(3) “sister” groups in the Arabella sphere, is a pass-through service for wealthy liberal clients. Its money—$144 million in 2018 revenues—came from other organizations, not Arabella Advisors.

While the IRS doesn’t require 501(c)(4) advocacy groups to report their donors, we’ve traced nearly $10 million to grants to Sixteen Thirty between 2010 and 2018 (see InfluenceWatch), including:

But the Sixteen Thirty Fund is just one part in Arabella’s political machine, which distributed a combined $606 million in 2018 alone. Most of this spending ($373 million) came from the New Venture Fund, Arabella’s flagship 501(c)(3).

The New Venture Fund specializes in funneling grants from mega-funders such as the Ford and Gates Foundations into “pop-up” groups, websites made to look like fully fledged activist groups but which are little more than fronts for Arabella-run nonprofits.

We support and have lobbied in favor of reform to the current campaign finance system (through H.R. 1), but we are equally committed to following the current laws to level the playing field for progressives in this election.

CRC was the first to expose this massive “dark money” network, which has since come under fire from conservatives and even the left-leaning media. And we’re continuing to investigate Arabella’s efforts to secretly fund the Left’s efforts to fundamentally transform America—one “dark money” group at a time.