Shocked—shocked!—at bias going on in Paris

As politicians completed their work on the Paris Treaty (the one on Global Warming), Miranda Johnson, environment correspondent for the London-based The Economist (one of the world’s top newsmagazines), likened the air of excitement in the pressroom to that among spectators at a classic soccer game. 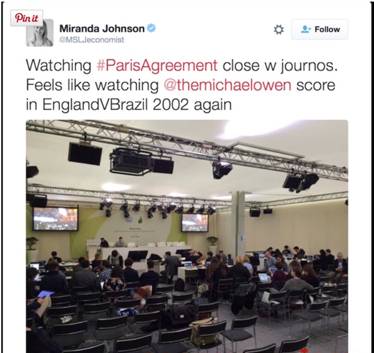 When the Treaty was finalized, Johnson celebrated by posting cellphone video showing the jubilation among her fellow journalists. 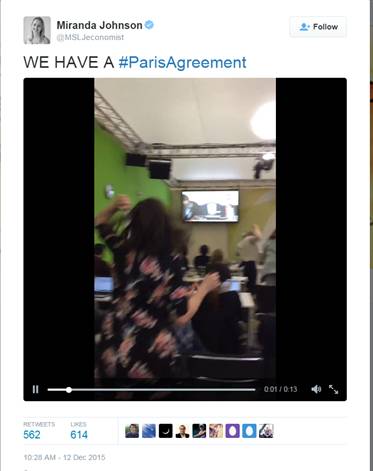 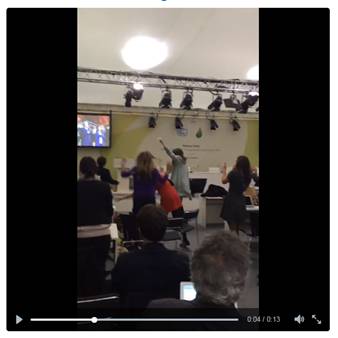 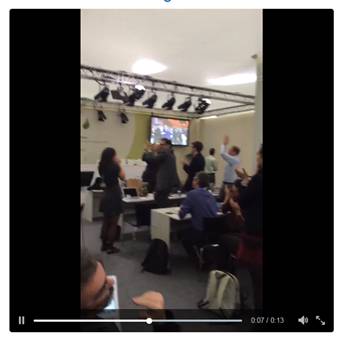 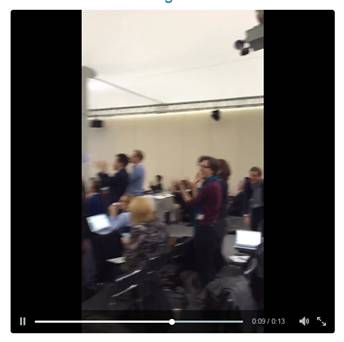 For the rest of our lives, whenever we need to cite an example of journalistic ineptitude, ignorance, extremism, and general kookery… well, we’ll always have Paris.