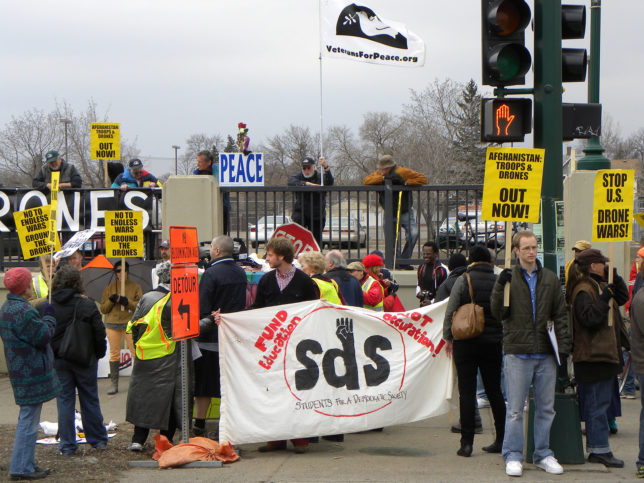 This weekend Chesa Boudin was announced the winner of a fiercely contested race for San Francisco district attorney. As has been widely reported, Boudin is the son of former Students for a Democratic Society members Kathy Boudin and David Gilbert. In 1981, after their SDS days were done, the pair participated in a botched armed robbery and were imprisoned for the murder of two police officers and an armored car driver.

Unlike her husband (who is serving a 75-year sentence for murder) Kathy Boudin received a lighter sentence on her murder conviction and by 2013 had been released and become an instructor at Columbia University. The appointment to Columbia was controversial, but as the Influence Watch profile for SDS demonstrates, it wasn’t really that unusual.

At its most disruptive and successful point in the late 1960s, Students for a Democratic Society was an avowed communist insurrectionary movement with a budget of nearly $850,000 (in 2019 dollars) and was shutting down prominent college campuses from coast to coast. The most infamous, a takeover of several buildings at Columbia University in 1968, led to a violent confrontation with law enforcement, 700 arrests and 200 injuries. A riot at the University of Wisconsin the year before sent five dozen students and seven police to the hospital. In both cases and others, campuses were shut down for days due to the disturbances and student boycotts. But by summer 1969 SDS was mostly a spent force, having splintered into feuding Marxist factions.

The most noteworthy faction was the Weather Underground, a domestic terrorist sect that planted a dozen bombs at targets such as the Pentagon and U.S. Capitol. The only lethal bombing by the Weathermen was an accidental detonation in 1970 at a New York City townhouse the group was using as a bomb assembly site. Three members were killed, but Kathy Boudin fled the scene and hid from law enforcement until she was arrested for the 1981 police and armored car driver murders.

Decades later, a surprising irony is that many of the most prominent SDS leaders (even some of those who led the Weather Underground, such as Boudin) became instructors at major American universities, including Columbia and schools they once paralyzed. Did the communist revolutionaries change their ways? Did the universities?

Find out more about SDS, the Weather Underground and Kathy Boudin at the new Influence Watch profile for Students for a Democratic Society.