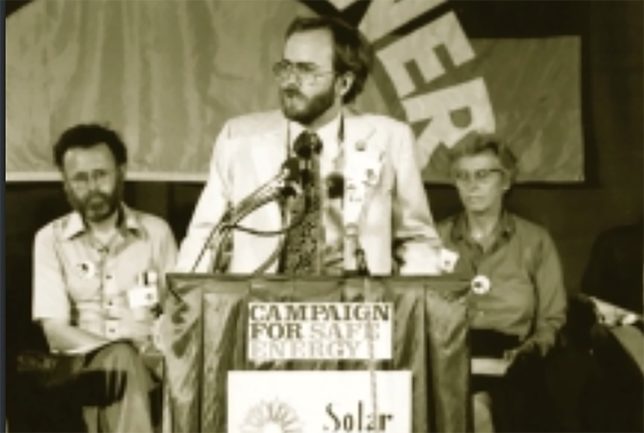 While we’ve examined many of the nonprofits in the Public Interest Network, we turn to the groups which provide the rest of its professional activist services. While the Fund for the Public Interest delivers paid canvassing services to organizations within the Network, PIN has also spun off two campaign service firms to aid other left-wing groups: Grassroots Campaigns Inc. and Telefund.

The first of these is the ironically named Grassroots Campaigns Inc. (GCI). GCI specializes in fundraising, get-out-the-vote (GOTV) operations in targeted races, voter registration, and phony “grassroots” activism like “creating thousands of citizen video appeals to send to Congress.” While the Fund operates as the canvassing center for groups inside the Network, GCI serves groups outside of it—like the American Civil Liberties Union (ACLU), Democratic National Committee (DNC), and Planned Parenthood.

Dana Fisher noted in Activism, Inc. that GCI was spun-off from the Fund prior to the 2004 presidential election “to raise funds and organize political campaigns by running canvasses.” According to Fisher, the DNC became the company’s first client as the Democratic Party decided to completely outsource campaign canvassing operations. The result was an “explosion of outsourced canvassing as a tactic for many national progressive groups,” bringing in as many as 700,000 new Democratic donors as a result of GCI’s work.

GCI’s reputation among liberals, however, leaves something to be desired. 420-odd anonymous reviews on the company’s page on the website Glassdoor.com call GCI “dishonest,” “high stress,” “toxic,” and an “unbelievably bad place to work.” Some reviews warn would-be canvassers to “stay away,” while one reviewer called working for GCI “the worst company ever” and the “worst decision of my life.” Even the handful of positive Glassdoor reviews only credited GCI with being “exactly what they claim” to be: an intensive canvassing organization.

Structurally, GCI is a creature of the Public Interest Network—something it doesn’t advertise. Filings show that it was incorporated in Denver but has been headquartered in Boston since roughly 2017 (although at a different office from the other Boston-based groups in PIN). GCI isn’t listed as a member of the Network on the PIN website, and GCI’s staff page fails to mention two of its key directors: president Doug Phelps and PIN senior vice president Susan Rakov, who are listed as top officers in the company’s annual reports with Massachusetts and Colorado.

To its credit, GCI states that vice president and co-founder Jonathan Scarlett also served for “10 years as the national canvass director for the Fund for the Public Interest.” But it doesn’t mention Scarlett’s time as president of the Fund. Neither does GCI tell readers that another co-founder, Wes Jones, served for eight years as canvassing manager and recruitment director for the Fund.

Telefund no longer publishes its staff and leadership page, but the website Wayback Machine has archived past pages. The group’s chief financial officer (as of April 2018) is Hyam Kramer, a former NAOPI board member from 2002 to 2014 who also served as a director of the Fund from 1986 to 2004. While neither Wayback Machine nor Telefund disclose the firm’s top leadership, its annual state reports reveal some familiar names on the company board: president Doug Phelps and PIN senior vice presidents Susan Rakov and Janet Domenitz. (They also show that Telefund has been delinquent in Colorado three times since 2013 for failing to file its annual reports, most recently in May.) 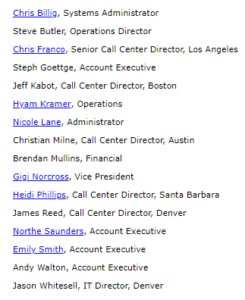 PIN even has its own investment wing: Green Century Capital Management, nominally located in Maine but actually organized and headquartered in Massachusetts. Unlike Telefund and GCI, Green Century is an overt part of the Public Interest Network, and plays a critical role in investing funds generated by the PIRGs and the Fund for the Public Interest.

According to filings with the Securities and Exchange Commission (SEC), Green Century was formed in November 2013 and “is owned by Paradigm Partners, a California general partnership, the partners of which are all not-for-profit advocacy organizations.” Paradigm Partners is a holding company based in Denver, founded and controlled by Phelps. It serves as the mechanism for the top-level PIRGs (such as MASSPIRG and CALPIRG) and the Fund for the Public Interest to control the investments of Green Century, whose profits are then redirected back into the PIRGs and the Fund. This unusual for-profit and nonprofit relationship was cleared by the SEC on Green Century’s registration statement, which reported:

This means that 100% of the net profits earned by Green Century Capital Management on the fees it receives for managing the Funds belong to these not-for-profit advocacy organizations.

These revenues will be used to support public interest campaigns, such as promoting energy conservation and the use of alternative energy, fighting for improved public transportation and public health protections, campaigning to reduce the use of toxic chemicals and to improve product and food safety, and advocating for ethics reform and corporate accountability.

It’s a lucrative relationship. According to its Form 990 filings, between 2003 and 2014 MASSPIRG alone accrued a market value of nearly $5.1 million in Paradigm Partners (funds which presumably were passed along to Green Century for investment). CALPIRG, another Paradigm Partners owner, also apparently rents office space to the firm.

While it isn’t unheard of for nonprofits to own for-profit subsidiaries, the Paradigm Partners-Green Century relationship doesn’t lend itself well to transparency. Similar relationships have been known to operate without legal issues, but since both companies are privately held, whatever conflict of interest policies they may possess are not publicly available.

Regardless, Paradigm Partners could perhaps be seen more as Doug Phelps’s holding company than the Network’s, since Phelps is president, chairman, or a board member of four of Paradigm’s nine owner nonprofits: Fund for the Public Interest, MASSPIRG, COPIRG (Colorado), and CALPIRG.

The Man Behind the Curtain

By now it’s clear that Doug Phelps is at the center of the Public Interest Network’s complex machinery. But how did he reach that position?

Almost nothing is known about Phelps’ private life. He grew up in Colorado and attended Littleton High School. A November 2017 interview with Phelps in the Denver Post revealed him as the “clean-shaven, bespectacled face of a rebellion” against the Vietnam War during his college years who was arrested for publicly drinking beer on a dry campus.

While it’s well-documented that he joined MASSPIRG as executive director in 1979, Phelps’s rapid ascent through the ranks of the Public Interest groups is more of a mystery. Almost from the beginning, though, Phelps was involved in Democratic Party politics. In 1980, he rallied delegates to the 1980 Democratic National Convention in New York’s Madison Square Garden on “a safe energy platform” (presumably anti-nuclear energy, following the release of the Jane Fonda nuclear disaster film The China Syndrome a year earlier).

Emails released by the website WikiLeaks following the March 2016 data breach of then-White House chief of staff John Podesta show Phelps’s powerful connections within the Democratic Party. According to one email, Phelps attended the Obamas’ Nordic State Dinner—an event honoring the leaders of Sweden, Denmark, Norway, Finland, and Iceland—at the White House in May 2016. In attendance with him was Fund for the Public Interest president Faye Park.

The Podesta emails further show Phelps sponsored a 2014 dinner hosted by the League of Conservation Voters, at which Hillary Clinton was headlining. He also co-hosted a Spring 2014 fundraiser for Environment California at a lavish restaurant in Culver City, California.

But Phelps’s most impressive role is as one of the founding members of the Colorado Democracy Alliance (CODA). CODA was created in 2004 to operate alongside the Democracy Alliance, a national strategy organization that incorporates high-level influencers and donors in the Democratic Party—including consultant Rob Stein, billionaire George Soros, and television producer Norman Lear—in order to create permanent left-wing “infrastructure” and organize large donations to friendly groups.

The Denver-based Colorado Democracy Alliance was conceptualized by Albert C. Yates, a retired academic credited with connecting the so-called “Gang of Four” founders: Democratic mega-donors Tim Gill, Patricia Stryker, Rutt Bridges, and Jared Polis (now Colorado Governor). But a 2008 article in the Denver Post lists Phelps among its founders, a revelation it credits to then-CODA executive director Laurie Zeller, who revealed much of the group’s “game plan” at the 2008 DNC in Denver. (Zeller is a longtime liberal activist, and until recently publisher of the liberal news outlet Colorado Independent.) During the convention, Phelps was also a speaker at a panel entitled “Democracy Alliance: Colorado as a Model—Donor Cooperation for Social Change” where he was introduced as the chairman of the Colorado Democracy Alliance. Phelps further revealed that he is an alumnus of Colorado State University, where Al Yates once served as president.

A confidential Democracy Alliance document recovered by the right-of-center Washington Free Beacon (available here) also indicates that Phelps is also a member of, or closely associated with, the national organization, as he was listed as a “conference friend” for new member Adam Abram.

Considering his connections, it isn’t surprising that Phelps is also on the board of the left-wing activism group ProgressNow, a position he shares with a slew of top-tier liberals such as Rob McKay, Ted Trimpa, and Joe Zimlich—all members of the Democracy Alliance. Phelps was a major startup donor to Progress Florida in 2008, a group whose executive director, Mark Ferrulo, also ran Florida’s PIRG and Environment America affiliates.

Phelps even has his own private grantmaking foundation, the Douglas H. Phelps Foundation (2015 assets worth $1.3 million), which has made grants to the Center for American Progress, Ballot Initiative Strategy Center, Media Matters for America, and the Clinton Foundation.

So what does all of this mean for you?

For most conservatives and libertarians, familiarity with the Public Interest Network will probably breed contempt for an organization they likely wouldn’t support anyway.

For college students and their parents, it’s a glimpse into what causes your student fees may be supporting.

But liberals and progressives should think twice before taking up a clipboard canvasser on their fundraising request. They may wear the shirt of a cause you support, but your donations will support the big money Public Interest empire built on a legion of sub-minimum wage canvassers. This isn’t your grandparents’ activism.