Russian Ads on Facebook Helped Democrats and the Left 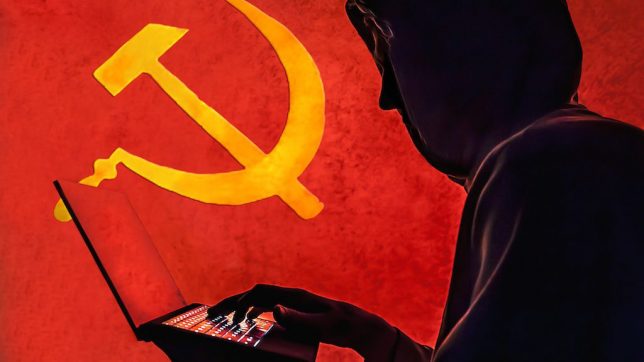 This article originally appeared in American Greatness on August 6, 2018.

The Russians, we learned this week, appear to have meddled already in the upcoming midterm elections with a series of advertisements on Facebook and Instagram.

The ads promoted causes linked to the Democratic Party.

Wait . . . that can’t be right. We all know, from listening to the experts, that the Russians want Republicans to win in November.

Using front groups with names like “Black Elevation,” “ReSisters,” and “Aztlan Warriors,” most of the latest Russia-backed ads supported left-wing causes such as “black power,” male-bashing feminism, and the struggle of American Indians against European colonialism. An announcement of a “Trump Nightmare Must End” rally depicted an angry Trump and warned of Trump’s “fascism.” An ad praised the decision of the City of Los Angeles to cancel Columbus Day. An event page promoted a leftist counter-protest to the extremist “Unite the Right” rally planned for August 11-12 in Washington, D.C.

Facebook said it deleted 32 pages and accounts, which had created around 9,500 posts between March 2017 and May 2018.  It was, we were told, “a sophisticated new attempt to influence Americans on Facebook,” raising “new concerns about Russian efforts to undermine the upcoming midterm election . . . possibly tied to a Russia-backed disinformation campaign . . . stok[ing] political differences and racial divisions,” part of “efforts to hack American democracy.”

With a handful of exceptions, news stories about the newly reported ads mentioned the “meddling” but left it to the reader or viewer to figure out on which side. Most stories featured Democrats, primarily, attacking the ads. After a year and a half of stories suggesting that the Russians used Facebook and Instagram to help elect Donald Trump, most people probably assumed that the newly uncovered ads fit in that pro-Trump, pro-Republican pattern.

Except that supposed pattern, too, was fake. Most of the earlier Russia-backed ads were either non-political or supported left-wing causes.

As noted by USA Today, only about 100—three percent of the ads—supported Trump or opposed Clinton, while “A few dozen referenced questions about the U.S. election process and voting integrity, while a handful mentioned other candidates like Bernie Sanders, Ted Cruz or Jeb Bush.”

Mark Penn, chief strategist for Bill Clinton in 1996 and Hillary Clinton in 2008, calculated the value of the Russians’ pro-Trump Facebook campaign. The “actual electioneering,” Penn wrote, “amounts to about $6,500.” That’s less than the MyPillow guy spends on advertising per hour.

Many of the earlier Facebook ads were difficult to categorize, focusing on topics such as African-American achievement in politics and academia, support for black-owned businesses, and acceptance of gays and Muslims. There were ads encouraging support for wounded female veterans and for sex workers, ads suggesting that hijab-wearing women are more desirable than other women and that Muslims are cool because they revere cats. There were also ads promoting the Texas State Fair and rallies for and against Beyoncé, and ads backing the death penalty for killers of police dogs.

Yes, there were lots of ads with conservative themes such as opposition to sanctuary cities and support for cops or the Second Amendment, but those were greatly outnumbered by ads on leftist themes like Black Lives Matter, Mexican nationalism and open borders, and opposition to fracking and to pipeline construction.

Paul Waldman of the Washington Post was one of the few journalists to acknowledge that the ad campaign didn’t actually promote Trump. It was a clever trick, he explained:

We know now beyond any doubt that one of their [the Russians’] key goals was to help Donald Trump get elected, but they understood that just saying “Vote Trump!” wasn’t enough to do it. You could accomplish that goal by feeding the resentments and divisions that were already fueling the Trump campaign. Sometimes that meant doing things that looked anti-Trump on the surface, but which seemed designed to provoke the outrage of Trump’s supporters, such as confrontational messages supporting Black Lives Matter.

That’s what seems to be at work in this [newly reported] effort as well, with pages calling President Trump a fascist and talking about colonialism. It isn’t that these aren’t perfectly legitimate things to discuss, but anyone who knows anything about American politics—and the Russians apparently do—understands that at the level of Facebook posts they’ll do as much to provoke a backlash as they will to persuade.

Is Waldman insane? No. This is a case of what journalist Edward Jay Epstein calls “Type-B deception,” a type of deception aimed at “distorting the interpretation of the meaning of a pattern of data, rather than at the observable data itself.” In Type B deception, the more closely one observes, the more likely one is to be fooled, as when Hitler convinced himself (with Allied help) that the Normandy invasion was a carefully planned deception and refused, until it was too late, to let himself believe it was real.

The idea that the Russians via Facebook intervened significantly in the 2016 election, and that they did so to help Donald Trump, is embedded in the consciousness of members of the Establishment. To them, it’s a reality that isn’t real.