Russia Meddled and Almost Nobody Cared, Until… 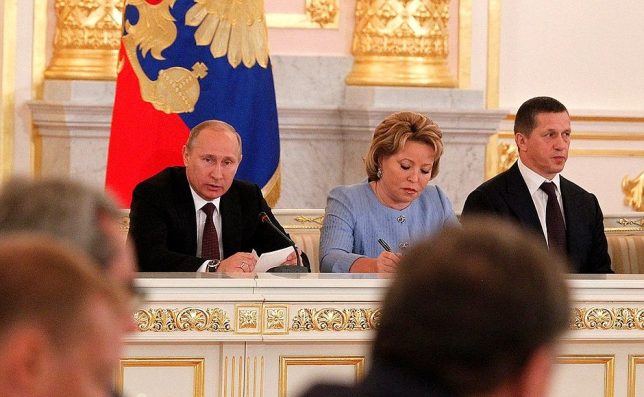 This article originally appeared in American Greatness on June 23, 2018.

The Russians have been meddling in U.S. elections for at least 70 years.

In 1948, the Progressive Party—a front for the Soviet-controlled Communist Party—ran former Vice President Henry Wallace as its presidential candidate. Wallace arguably threw the election to President Truman by attacking him, undercutting Republicans’ claims that Truman was “soft” on the Russians.

President Eisenhower today accused Soviet Premier Nikolai A. Bulganin of meddling in the American election campaign,” the United Press reported on October 21, 1956. Bulganin had suggested that Democratic nominee Adlai Stevenson was more likely to get an agreement halting H-bomb tests. That, Eisenhower said, constituted “interference by a foreign nation in our internal affairs . . . in the midst of a national election campaign.”

Historian Bruce Dearstyne reported that the Russian ambassador in 1960 invited Stevenson to the embassy, “plied” him with “drinks, caviar, and fruit,” and offered to back him if he would run for president again. Stevenson rejected the offer.

Nikita Khrushchev, the Soviet premier in 1960, bragged in his memoirs that, “by waiting to release the U-2 pilot Gary Powers until after the American election, we kept Nixon from being able to claim that he could deal with the Russians; our ploy made a difference of at least half a million votes, which gave Kennedy the edge he needed.”

In 1968, under orders from Moscow, the Soviet U.S. Ambassador Anatoly Dobrynin offered to secretly fund Hubert Humphrey’s presidential campaign. The offer was made during a breakfast at Humphrey’s home. Dobrynin wrote in his memoirs that Humphrey declined the offer, saying, “it was more than enough for him to have Moscow’s good wishes which he highly appreciated.”

Also in 1976, the Russians had a spy among top Democratic Party activists, who participated in a three-hour strategy session with Governor Jerry Brown (D-Calif.) and presidential candidate Jimmy Carter.

In 1984, the Heritage Foundation issued a report, “How Moscow Meddles in the West’s Elections.”

“Last year the Soviets tried to influence elections in West Germany and Britain,” Heritage reported. “And this year it is America’s turn. For months, Moscow’s statements and actions have been aimed at defeating Ronald Reagan.” Methods included manipulation of the peace movement, threatening statements, and “direct appeals” to voters including “mass demonstrations.” Russian meddling was so frequent that the West German chancellor commented, “One was used to this sort of thing.”

As far as I can tell, the report exposing Russian meddling received no news coverage.

Political scientists Lawrence Caldwell and Robert Levgold pointed out that the Russians had begun to focus on such tactics as looking for “exploitable differences in the opposing camp” and appealing to the people “over the heads of their government.”

U.S. media during this time gave lots of exposure to Americans who bypassed the government to communicate directly with the Russians. For example, a 10-year-old girl from Maine who wrote a pro-peace letter to Russian leader Yuri Andropov was given her own Disney Channel program about politics, “Samantha Smith Goes To Washington.”

Among those seeking to work with the Russians was U.S. Senator Edward Kennedy (D-Mass.), brother of martyred President John F. Kennedy and Attorney General Robert F. Kennedy. According to a KGB memo, Kennedy passed along a plan for countering President Reagan by creating pro-Russia news coverage and bringing Soviet officials to the United States to “appeal directly to the American people.”

“The senator underlined the importance that this initiative should be seen as coming from the American side,” wrote KGB chief Viktor Chebrikov.

In a 2015 article, Politifact quoted Ken Adelman, Reagan’s deputy U.N. ambassador, explaining that the Reagan Administration ignored the Kennedy overture because “We knew senators were doing this sort of thing all the time.”

Russian meddling declined after the Cold War, then resumed.

“Occupy Wall Street” protests, beginning in 2011, were heavily supported by the Russians, as noted in a report by U.S. intelligence agencies: “RT’s [Russia Today] Editor in Chief . . . characterized RT’s coverage of the Occupy Wall Street movement as ‘information warfare’ that is aimed at promoting popular dissatisfaction with the U.S. Government. RT created a Facebook app to connect Occupy Wall Street protesters via social media,” and “RT featured its own hosts in Occupy rallies.”

At least since 2011, the Russians have funneled money to groups in the United States and Europe opposed to fracking, which threatens Russia’s dominance in oil and gas. To do this, they use a network of front organizations that include corporations, law firms, and nonprofit groups, with some of the money getting into the United States through Bermuda.

Facing criticism from Republicans over his soft-on-Putin policies, President Obama sought during his 2012 reelection campaign, to avoid confrontation with the Russians. The Russians cooperated. In March 2012, Obama was heard on an open microphone telling Putin sidekick Dmitry Medvedev that he would “have more flexibility” after the election but “it’s important for him to give me space.” Medvedev replied: “I will transmit this information to Vladimir, and I stand with you.”

Time and time again, Russia meddled. It was, “the experts” said, something we were used to, something that happened all the time, no big deal. Then, one day, Democrats needed an excuse for losing an election. And everything changed. 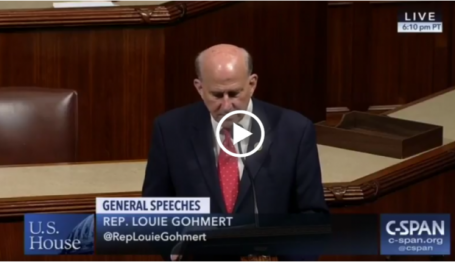