Rise of the Soros “Prosecutors” 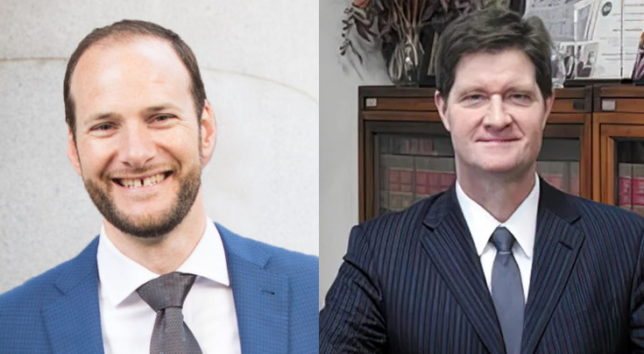 A recent report by the Law Enforcement Legal Defense Fund (LELDF) examined George Soros’s funding of the left-wing progressive district attorney (DA) movement that has swept America’s urban centers and found that the infamous billionaire’s financial support for the disastrous movement has been far larger than was previously thought.

Early this year the Capital Research Center reported that Soros had spent at least $29 million directly supporting dozens of DA candidates, nearly two dozen of which remained in office. Now it is clear that Soros’s capture of the criminal justice system is even more expansive than was feared.

LELDF’s report highlights that Soros has also spent millions of dollars supporting far-left organizations that serve as the foundation of the “rogue prosecutor” movement, including the Brennan Center, Fair and Just Prosecution (a project of the notorious Tides Foundation), and the Vera Institute for Justice.

Over the years dozens of prosecutors and DAs around the country have attended seminars and policy sessions hosted by the Soros-funded organizations. DA’s have also signed onto criminal justice reform letters written by the organizations, gone on sponsored jaunts across the globe for meetings and forums, and received public relations help from doting videos and articles about their commitment to justice and reform. In all, LELDF concluded, as many as 75 prosecutors have benefited, directly and indirectly, from Soros’s financial largesse, which totaled over $40 million.

Among them is the recently recalled, former San Francisco DA Chesa Boudin, who benefitted indirectly from Soros’s contributions to organizations that opposed his recall. John Chisolm, the Milwaukee County prosecutor who disastrously decided to let the man responsible for the Waukesha massacre out of jail on minimum bail, also made the list after receiving direct support from Soros’s Safety and Justice PAC.

While there is a substantial difference between direct and indirect support from Soros, Soros’s PR attack dogs have done nothing to dispute the $40 million figure, choosing instead to quibble over the characterization of “Soros prosecutors.”

No matter how much Soros and his allies attempt to obfuscate, the evidence is clear. Soros has spent tens of millions of dollars to impose his vision of “reform” upon the world, and the results in America’s urban areas have been catastrophic.