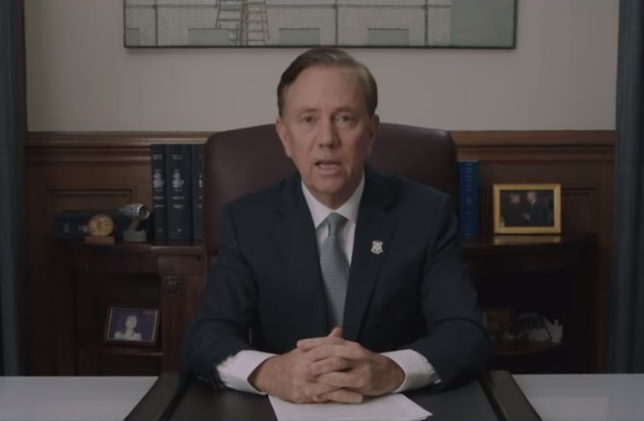 Connecticut nursing home residents and their families—already reeling from the effects of the COVID pandemic—may lose their professional care staff for at least a time. The Service Employees International Union (SEIU) 1199 New England is threatening a major strike set to begin Friday.

Because much of the nursing homes’ revenue comes from the state government through Medicaid, the state governor is involved. Given that Connecticut’s governor is Ned Lamont, a Democrat previously best known for trying to oust longtime Sen. Joe Lieberman (D-CT) from the Left, one would think that the union would get whatever it wanted.

But that does not seem to be the case, as the CT Mirror reports:

Gov. Ned Lamont put the state’s largest healthcare workers’ union on notice Tuesday evening that he’d made his last and best financial offer to avert a strike threatened for Friday.

Adding some teeth to his statement,

Also Tuesday, Lamont disclosed that he formally notified the Connecticut National Guard on Monday to be prepared in the event nursing home workers at 33 facilities strike as planned Friday.

It’s not exactly President Ronald Reagan calling up military air traffic controllers to break the PATCO strike in 1981. The Connecticut Guardsmen would provide support services as needed, not replace striking caretakers. Nor do the SEIU strikers face termination since their strike is legal under federal law. But Gov. Lamont, despite his pro-organized-labor track record, has decided not to let Big Labor run roughshod over public safety or extort Connecticut taxpayers beyond a “normal” margin.

Gov. Lamont’s actions naturally put the example of Harry Truman in mind. In 1946, the United States was experiencing its largest wave of labor strife in the modern era of labor relations, with up to 10 percent of the workforce—4.6 million workers then, equivalent to about 16 million workers today—going on strike. While strikes in the auto industry were disruptive, there was a line even the New Dealer Truman would not allow Big Labor to cross: a national shutdown of the railroad industry.

Truman then, like Lamont today, sought to mediate between the unions and management, recognizing the government’s role in providing the industry with work and the industry’s importance in public life. When Truman thought an impasse had been reached, he issued a mortal threat to the union rather than allow Big Labor to run roughshod over national life: He threatened to draft striking railway men into the Army.

Even after the unions caved and accepted the mediated position presented by the Truman administration, the president gave an address to Congress in which he called the union’s actions “a strike against the Government of the United States itself” and demanded emergency legislation to allow the government to operate struck business and immediately conscript “into the armed forces of the United States all workers who are on strike against their government.”

Missing the Point Then and Now

Of course, both Lamont and Truman were too in thrall to Big Labor to recognize that their party’s policies enabled the abuses that Big Labor was inflicting on their state and country. For their part, Lamont’s contemporary Democrats want to increase Big Labor’s power to abuse the public by resurrecting a Truman-era relic: the “secondary boycott.”

In 1947, a Republican Congress, elected in response to the 1946 strike wave, overrode Truman’s veto to enact the Taft-Hartley Act, which banned unions from striking against companies not immediately party to a labor dispute.

But the Left loves targeting these “secondary” companies because “secondary targets make for soft targets,” to quote Josh Eidelson, a labor organizer turned “objective” reporter for Bloomberg News. Just look at the constant drumbeat by Media Matters against advertisers on talk radio or Fox News.

The PRO Act (H.R. 842), the Big Labor wish list currently before the Senate and endorsed by the Biden administration, would repeal this ban on secondary boycotts.

It’s About More Than Money

Empowering unions to conduct secondary strikes would have dire consequences for conservatives of all stripes. Through the policy of “social justice unionism,” Big Labor aligns with full-spectrum liberalism to an even greater degree than that normally indicated by coalition politics.

If enacted, the PRO Act would empower Big Labor to use its forced-dues coffers—which could almost double if the number workers paying union dues returned to 1980s levels—to push expanded abortion access, gun control, and anti-police policies through secondary boycotts.