Populism: The ‘Extremist’ Vision of Jefferson, Lincoln, and Reagan 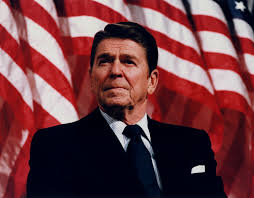 This article originally appeared in American Greatness on August 8, 2018.

At the heart of the current conflict in American politics is the belief among privileged elites that grassroots members of the pro-Trump movement—the “populists”—are ignorant low-lifes, “deplorables” who should stay in their trailer parks and be barred from the halls of power. That perception justifies in their minds actions ranging from boycotts and blacklisting to window-smashing protests and illegal spying on political adversaries.

Consider Michael Hayden, the former director of the CIA and NSA who recently likened President Trump to Hitler. A man responsible for literally billions of violations of Americans’ Fourth Amendment rights, Hayden heads an institute in his name at George Mason University outside Washington, D.C. One of the Hayden Center’s programs is dedicated to “examining the ongoing assault on evidence-based institutions, like intelligence, the media, the law, and academia, in a post-truth world darkened by the rise of populism and autocracy.”

The tin-foil-hat language, from the organization of a person who has held immense power, takes your breath away. Consider the suggestion that our world is being “darkened” by populism.

Why the negative connotation of “populism”? Roger Kimball, editor of the New Criterion and of the recent book Vox Populi: The Perils and Promises of Populism, notes two reasons: One is that commentators associate “populist” with “demagogue,” which originally meant “a popular leader.” The other is that they have:

a disdain for the unedified masses, the soil in which populism takes root. Anyone who watched the commentary on Brexit, Donald Trump’s campaign, the early months of his administration, or the recent French election will have noted this. . . . [T]he populist politician is said to forsake reason and moderation so as to stir the dark, chthonic passions of a semiliterate and spiritually unelevated populace. “Populism,” that is to say, is wielded less as a descriptive term than as a delegitimizing one.

In politics, to define your opposition is to discredit it and, ultimately, to defeat it. Today’s populists must define their movement lest the establishment do it for them.

In defining modern populism, I start by pointing out that it is as American as the Declaration of Independence.

In 1776, in his draft of the Declaration, Thomas Jefferson proclaimed that forms of government are illegitimate if they establish the dominion of one group over another, “that  all men are created equal & independent.” In keeping with this principle, Jefferson in his draft called slavery an “execrable commerce,” one of the “horrors” perpetrated by King George III.

In 1813, Jefferson wrote to John Adams about the “aristocracy” that should be honored and entrusted with power—an aristocracy not of privilege, not of wealth and birth, but of virtue and talent:

In an 1824 letter to Henry Lee, Jefferson noted that, in a free society, people naturally divide into two parties, one that protects privilege and one that represents the people.

Men by their constitutions are naturally divided into two parties: 1. Those who fear and distrust the people, and wish to draw all powers from them into the hands of the higher classes. 2. Those who identify themselves with the people, have confidence in them, cherish and consider them as the most honest and safe, although not the most wise depositary of the public interests. In every country these two parties exist, and in every one where they are free to think, speak, and write, they will declare themselves.

Concluding the Gettysburg Address, Abraham Lincoln declared that the Civil War was being waged so “that government of the people, by the people, for the people, shall not perish from the earth.”

Ronald Reagan, running for president in 1976, campaigned against the “Washington buddy system,” and a Reagan brochure that year proclaimed his opposition to “the forces that have brought us our problems—the Congress, the bureaucracy, the lobbyists, big business and big labor. If America is to survive and go forward, this must change. And it will change only when the American people vote for a leadership that is not part of the entrenched Washington establishment, leaders who will not be fettered by old commitments and friendships . . . ”

Equality under the law. No ”artificial aristocracy” based on wealth and birth, only a “natural aristocracy” of virtue and talent. A party that identifies with the people and has confidence in them as the safest repository of power. A government that is of, by, and for the people. A movement that stands up to the old-boy networks, the “buddy system,” and other forms of entrenched power.

If you’re a member of the elite, comfortable in your unearned privilege, nothing scares you more than populism, the idea put forth by crazy extremists like Thomas Jefferson, Abraham Lincoln, and Ronald Reagan.