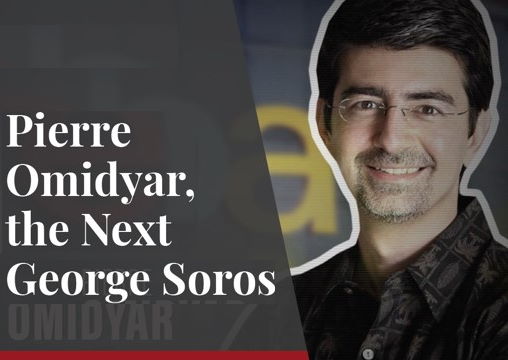 Pierre Omidyar is the founder of the multinational e-commerce corporation eBay, a philanthropist, and a financier of left-wing organizations, including investigative journalism projects. Omidyar is also a major funder of left-wing politics, such as $100,000 to the NeverTrump PAC, a group opposed to 2016 Republican presidential nominee Donald Trump.  Omidyar is a donor to the Democratic Congressional Campaign Committee and Democratic Senatorial Campaign Committee.