Overcoming Woke-Progressivism: Forced by the Government 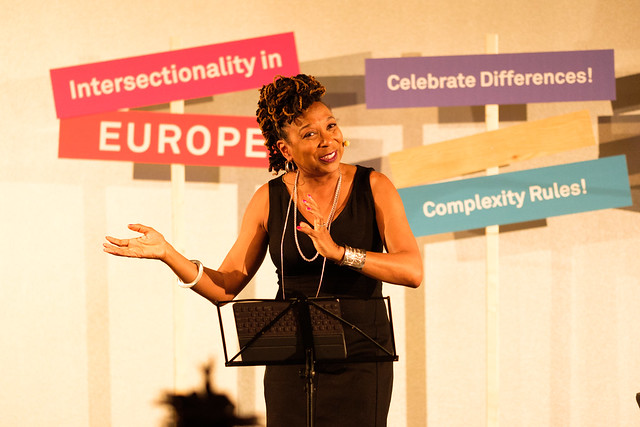 Forced by the Government

Where private action has not yet forced compliance with woke ideology, our adversaries bring the power of the state to bear. Unencumbered by notions of constitutional propriety, federalism, or local-state balance of power, the Left employs whatever level of government it controls to impose its ideology on unwilling citizens and sovereigns alike.

Federal Demands on States and Citizens. Since the Biden administration took office in January 2021, it has brutally—and openly extraconstitutionally—used its power against citizens and states that stand against its diktats.

The administration’s most brazen maneuver was the extension of the national eviction moratorium. In his remarks on the order, President Joe Biden himself said, “The bulk of the constitutional scholars say it’s not likely to pass constitutional muster.” Unbounded by constitutional propriety and pressured by the socialist “Squad” on the left wing of his congressional party, he ordered it anyway until the Supreme Court struck it down.

Further unbounded by constitutional propriety and at the urging of the National School Boards Association (which later recanted its initial request), the Department of Justice ordered the FBI to conduct investigations into parents protesting mask mandates and the teaching of critical race theory at school board meetings. In November, a whistleblower alleged that, contrary to the implications of Attorney General Merrick Garland’s testimony to Congress, those investigations were being conducted using anti-terrorism tools and “threat tags.” The chilling effect of being “tagged” as a potential “domestic terrorist” does not need further remark. Attorney General Garland’s motives were further questioned after it was revealed his son-in-law was the cofounder of a CRT-aligned diversity consulting group.

States that have opposed the Biden administration’s collusion with teachers unions on permanent lockdowns and mask mandates for public schools have also been targeted. The Department of Education has threatened and sued states that enacted laws or issued orders prohibiting local authorities from issuing in-school mask mandates, claiming that doing so violated laws prohibiting discrimination against students with disabilities. One federal district court has affirmed this preposterous assertion (mask mandates may in fact inhibit students with disabilities most of all) as of writing.

State Demands on Localities. Where the woke control state governments, local power may as well not exist. Despite the fevered assertions of former governor Terry McAuliffe (D-VA) in his unsuccessful campaign for his old job, the Virginia state Department of Education under both McAuliffe and his successor (Democrat Ralph Northam) promoted and encouraged critical race theory and similar race-essentialist ideologies.

Democrats’ and progressives’ objections to actions that states (most prominently Florida) have taken to prohibit COVID lockdowns and mask mandates have cloaked themselves in notions of “local control.” But in states like New York and California where Democrats and progressive interest groups control the levers of state policymaking, local control goes out the window, with the liberal state government ordering mask mandates and (in California’s case) a mandate for the emergency-use COVID vaccines for all schoolchildren. Conservative localities are not entitled to “local control” when the left-progressive faith can be decreed from the governor’s pulpit.

The liberal disregard for consistency in assigning powers among the levels and branches of government creates the maddening situation in which conservatives and the anti-woke facing any of three levels of government under control of their enemies must endure whatever the left-progressive movement throws at them, while liberals need control only one level both to protect themselves and to inflict their agenda on their conservative “neighbors.”

Understanding the institutional strength, powerful weapons, and government supports available to the woke-progressive movement and other liberal pressure campaigns is critical to turning courage into something more productive than the casualties the Irish Brigade suffered at Fredericksburg. Developing a strategy to counter these advantages is much more difficult.

The classical conservative approach is to create parallel institutions. Conservative think tanks like the American Enterprise Institute and Heritage Foundation were created in part to house right-leaning intellectuals unwelcome at mainline liberal institutions like Brookings or the increasingly liberal universities. Fox News, created to serve what longtime host Bret Baier has called “this niche market . . . the niche was literally half the country,” became the alternative to the liberal-leaning metropolitan press and television networks. Hillsdale College has functioned and presented itself as a sort of “college for activist conservatives” alongside a number of smaller religious schools. A group including Bari Weiss has created the University of Austin to be a non-sectarian university committed to open inquiry.

Alternative institutions are good, as far as they go. But they do not create a critical mass of rivals to the dominant woke narrative, and they do not enjoy the ancient prestige of the universities, media outlets, and policy outlets that they parallel.

More contemporary efforts have focused on proscriptions, most notably bans on teaching critical race theory in K-12 public schools. Like alternative institutions, these are good only as far as they go. Given the extent to which Freire’s Pedagogy of the Oppressed underlies teacher education, how effective can a “ban” on critical theory be? The ban on secondary boycotts by labor unions is reasonably effective in controlling the effects of labor disputes, but it is constitutionally problematic to extend it to other groups.

So whatever response ultimately develops must include more than both of these two approaches, though both will and should contribute to it. We will still need courage, both personal and political, to carry it out. But more of the same, no matter how courageously pursued, will not reverse a 40-year effort to instill progressive premises in the foundations of our institutions. Courage is necessary, but it is not enough.