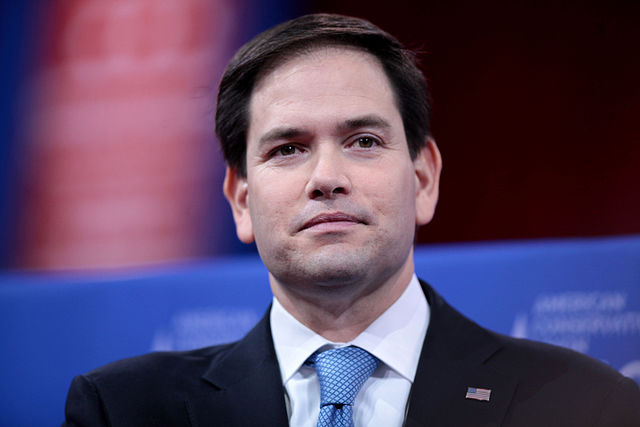 Corporate America. Politically, the business community at large still leans right, if not by as much as it once did. The U.S. Chamber of Commerce’s employees and its political action committees (PACs) gave 75.6 percent of their 2020 congressional campaign contributions to Republicans (down from 95.9 percent in 2016) according to OpenSecrets data. The National Federation of Independent Business (NFIB) gave 96.9 percent to the GOP (up slightly from 95.6 percent in 2016). But a major social shift, especially in the largest American companies, has accompanied the rising prominence of environmental, social, and governance (ESG) investing and the profound leftward lean of the FAANG—Facebook, Apple, Amazon, Netflix, and Google—tech giants.

As Chris Rufo of the Manhattan Institute has extensively documented, major corporations have adopted radical-left critical race theory as their frame for “diversity, equity, and inclusion” programming. It is perhaps not surprising that one of the corporations whose programs Rufo has profiled is Google, given the political inclinations of Silicon Valley. (OpenSecrets identifies employees and PACs associated with Alphabet, the parent company of Google and YouTube, as breaking 83.7 percent Democratic against 6.4 percent Republican in their 2020 contributions to congressional candidates.) Rufo writes:

In a foundational training module called “Allyship in Action,” Google’s head of systemic allyship Randy Reyes and a team of consultants from The Ladipo Group train employees to deconstruct their racial and sexual identities, and then rank themselves on a hierarchy of “power [and] privilege.” The trainers then instruct the employees to “manage [their] reactions to privilege”—which are likely to include feelings of “embarrassment, shame, fear, [and] anger”—through “body movement,” “deep breathing,” “accessing [their] ‘happy place,’” and “cry[ing].”

According to a cache of internal documents I have obtained from a whistleblower, Walmart launched the program in 2018 in partnership with the Racial Equity Institute, a Greensboro, North Carolina, consulting firm that has worked extensively with universities, government agencies, and private corporations. The program is based on the core principles of critical race theory, including “intersectionality,” “internalized racial oppression,” “internalized racial inferiority,” and “white anti-racist development.” Since the program’s launch, Walmart has trained more than 1,000 employees and made the program mandatory for executives and recommended for hourly wage workers in Walmart stores. When reached for comment, Walmart confirmed that the company has “engaged REI for a number of training sessions since 2018” and has “found these sessions to be thought provoking and constructive.”

Last year, Lockheed Martin Corporation, the nation’s largest defense contractor, sent white male executives to a three-day diversity-training program aimed at deconstructing their “white male culture” and encouraging them to atone for their “white male privilege,” according to documents I have obtained.

Organized Labor. In reaction to corporate America’s embrace of critical race theory and similar social-liberal “woke” activism, some—most notably U.S. Senator Marco Rubio (R-FL)—have suggested that organized labor could serve as a counterbalance to “woke capital,” most clearly represented by the FAANG tech giants. But that would require organized labor to completely reverse its present position on the questions related to wokeness.

The clearest evidence of organized labor’s position on the social-policy question comes from within the tech giant Alphabet. Early in 2021, workers at Google’s parent company announced their intention to organize under the Communications Workers of America, a notoriously left-wing labor union that endorsed socialist Sen. Bernie Sanders (I-VT) for the 2016 and 2020 Democratic presidential nominations. In the press announcements that the Alphabet Workers Union had formed, organizers and worker-activists emphasized that the union would seek not only to improve Alphabet employees’ material circumstances but also to affect “the role their companies have in society.” Reporting on the formation of the Alphabet union focused on how the union had emerged from a pattern of broader left-wing social activism among Alphabet workers.

CWA locals were also involved in two other events demonstrating the social-Left position of the labor movement. Best known was the 2020 revolt of the “internal mob” at the New York Times, which conducted a campaign against op-ed page staff after the page published a piece by U.S. Senator Tom Cotton (R-AR) encouraging the use of troops to restore order amid wide-scale rioting and civil disorder after George Floyd’s death in police custody. (A Minnesota jury later convicted a police officer of second-degree murder in Floyd’s death.) Staff claimed that publishing the senator’s position, which polling indicated was shared by a near-majority of American voters, “puts Black [Times] staff in danger.” Reporting later revealed that they had been coached on the language by representatives of the Times reporters’ union, the CWA-affiliated NewsGuild of New York.

Less well remembered was a targeted attack on law-and-order columnist John Kass, then of the Chicago Tribune. The Chicago Tribune Guild, the Tribune reporters’ union, sent a letter to management accusing Kass of “religious bigotry and fomenting conspiracy theories” for a column in which Kass accurately detailed campaign contributions from George Soros to controversial left-wing Cook County State’s Attorney Kim Foxx (D). In 2021, Kass left the Tribune to become an independent journalist.

Perhaps the most prominent “woke” project to date has been the New York Times Magazine’s 1619 Project, which purported to recenter the founding of the United States on the first importation of enslaved Africans to the Thirteen Colonies. While the Times houses the Project’s architect Nikole Hannah-Jones and published the project, Big Philanthropy has funded its further dissemination. The John D. and Catherine T. MacArthur Foundation, which holds over $7 billion in assets and makes annual grants exceeding $200 million, provided $1.8 million to the Pulitzer Center for Crisis Reporting, which is turning the project into school curriculums and named Hannah-Jones as one of its “genius grant” fellows for 2017.

Ibram X. Kendi, the “antiracism” theorist and author, was named a MacArthur Fellow for 2021, and his Center for Antiracist Research at Boston University is also firmly backed by Big Philanthropy. While outgoing Twitter CEO Jack Dorsey is the center’s largest known donor as of late 2021, the Rockefeller Foundation also provided Kendi’s shop with $1.5 million. In 2020, the Washington Free Beacon reported that the Ford Foundation, a major funder of liberal causes with $14 billion in assets, had made $250,000 in grants to Kendi’s former academic home, the Antiracism Research and Policy Center at American University, alongside $300,000 from the Marguerite Casey Foundation, $150,000 from George Soros’s Open Society Foundations, and $150,000 from the Bill and Melinda Gates Foundation.

Religious Institutions. Even religious institutions are not immune from the institutional promotion of wokeness, which some commentators have suggested resembles a religion in its structure and dogmas. One of the two main popularizing texts of woke ideology, Robin DiAngelo’s White Fragility: Why It’s So Hard for White People to Talk About Racism, was published by Beacon Press, an arm of the Unitarian Universalist religious movement. DiAngelo had previously consulted extensively for Unitarian congregations, and other leading woke ideologists have been involved in the Unitarian movement since the mid-1990s.

Even where woke ideology is not being promoted by liberal religious movements, the descendants of Yankee Social Gospel Progressive Protestantism, though largely secularized in form, continue to propagate woke ideology. Social critic Michael Lind has argued:

Shedding its specifically Northern mainline Protestant cultural attributes, a version of Social Gospel Protestantism has mutated into the secular religion of wokeness, the orthodoxy of the universities and the increasingly important nonprofit sector. Its converts include many of the affluent white secular children and grandchildren of members of mainline Protestant denominations like the Episcopalians, Presbyterians, and Methodists, which are hemorrhaging membership to the category of religious “nones.”

By evolving from an ethnoregional culture into a crusading secular creed disseminated by the universities, the public school system, the corporate media, and corporate HR departments, post-Protestant wokeness is capable of assimilating anyone, of any race or ethnicity, native-born or immigrant, who is willing to conform to its weird rituals and snobbish etiquette. The Long Island lockjaw accent has been replaced by the constantly updated “woke” dialect of the emerging American elite as a status marker. You may have an Asian or Spanish surname, but if you know what “nonbinary” means and say “Latinx” (a term rejected by the overwhelming majority of Americans of Latin American origin) then you are potentially eligible for membership in the new national ruling class.

Lind places the power centers of ex-Protestant Yankee culture in three classes of institutions that survived the democratizing effects (as Lind, a liberal, sees them) of the New Deal era: the institutional federal bureaucracy (the “deep state”), major nonprofit foundations like the Ford and Rockefeller Foundations, and elite prep schools that feed Ivy League universities and the universities themselves.

In the next installment, learn how the Left uses secondary boycotts to enforce compliance.