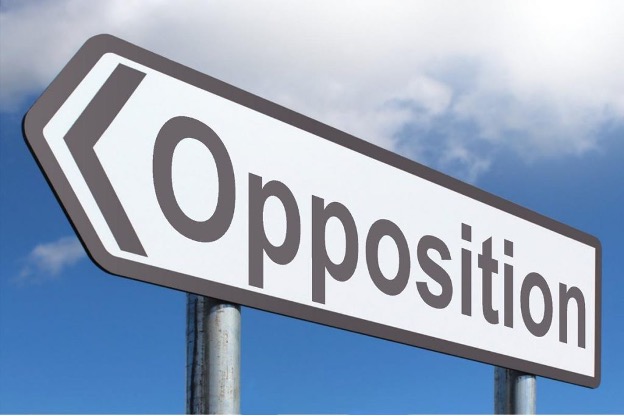 In the wake of the dramatic and, to many, traumatic 2016 election, political theorist Yoram Hazony’s important 2018 book The Virtue of Nationalism helped begin the now-ongoing and beneficial intellectual clarification of conservatism. His new Conservatism: A Rediscovery adds even more value to that continuing exercise.

In the book, Hazony argues that conservatism should return to what he considers its older, deeper, Anglo-American religious and nationalist roots—as opposed to continuing to be a version, however modified, of the newer “classical liberalism” that it basically has been since the 1960s. He calls for “abandonment of the 1960s-era theory of liberal democracy, and adoption of a political standpoint that should be called conservative democracy” (emphasis in original). 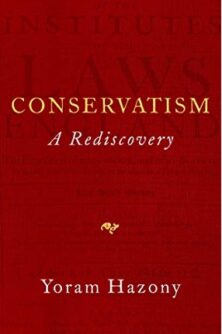 Hazony is president of the Herzl Institute in Jerusalem and chairs The Edmund Burke Foundation, founded in 2019 to strengthen and develop the principles of national conservatism in Western and other democracies.

In assessing the current condition of Anglo-American conservatism and the tasks that lie ahead for it in his Conservatism, Hazony examines “how the liberal hegemony in America destroyed itself and paved the way for an updated Marxism—a process that reached a dramatic climax in 2020 with the triumph of a racialist ‘woke’ ideology in big business, the media, the universities, and government bureaucracy,” as he overviews it.

The national conservatism he helped create and is helping to define is “a powerful force with great potential for political revival and restoration in the coming years, whether on its own or in alliance with anti-Marxist liberals” in the various important sectors he lists, according to Hazony. “In fact, with the collapse of liberal hegemony in America, nationalist conservatism offers the best hope for restoration of political stability and health.” 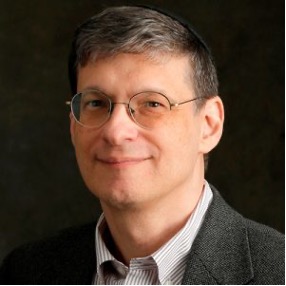 As for those potentially allied anti-Marxist liberals, they “now find themselves in much the same situation that has characterized conservatives, nationalists, and Christians for years. They are in the opposition,” he writes in his later, chapter-length look at liberal hegemony’s self-destructive process.

This means that a few brave liberals are now waging war on the very institutions they so recently controlled, trying to build up alternative educational and media platforms in the shadow of the prestigious, wealthy, powerful institutions they have lost. Meanwhile, others continue to work in the mainstream media, universities, tech companies, philanthropies, and government bureaucracy, learning to keep their liberalism to themselves and to let their colleagues believe that they too are Marxists—just as many conservatives learned long ago how to keep their conservatism to themselves and let their colleagues believe they are liberal.

His explicit inclusion of philanthropy here is surely apt. Some of his observations of “the new Marxist victories in America” that he then offers may apply to contemporary large grantmaking endowments, as well.

“Anti-Marxist liberals have labored under numerous disadvantages in the recent struggles to maintain control of liberal organizations,” according to Hazony. “One is that they are often not confident they can use the term ‘Marxist’ in good faith to describe those seeking to overthrow them.” That might certainly apply to many in philanthropy right now. Hazony assures anti-Marxist liberals that they can use the term, bringing Karl Marx’s own political framework into play in the context of current circumstances.

He describes the attraction and power of Marxism in liberal societies, because it “captures certain aspects of the truth that are missing from Enlightenment liberalism,” mostly having to do with “analyzing society in terms of power relationships among classes or groups.” That would seem apply to many in establishment philanthropy now, too. He lists the flaws that make Marxism fatal, principally including that “it simply assumes that wherever one discovers a relationship between a more powerful group and a weaker one, that relation will be one of oppressor and oppressed.”

Yep, that sure applies among America’s big givers.

Hazony depicts a doom-loopingly repetitive “dance” between liberalism and Marxism. “[W]hile Marxists know very well that their aim is to destroy the intellectual and cultural traditions that are holding liberalism in place,” he writes, “their liberal opponents for the most part refuse to engage in the kind of conservatism that would be needed to defend their traditions and strengthen them.” That’s a Big Philanthropy refusal, as well, one can certainly say. So, he notes, “liberal ideas tend to collapse before Marxist criticism in a matter of decades.”

Finally, Hazony provocatively sketches out the Marxist endgame and democracy’s end. “Simply put, the Marxist framework and democratic political theory are opposed to each other in principle,” he begins.

A Marxist cannot grant legitimacy to liberal or conservative points of view without giving up the heart of Marxist theory, which is that these points of view establish systematic injustice and must be overthrown, violently if necessary. This is why the very idea that a dissenting opinion—one that is not “Progressive” or “Anti-Racist”—could be considered legitimate has disappeared from liberal institutions as Marxists have gained power.

He provides familiar examples—the expulsion of liberal journalists from The New York Times and the removal of Woodrow Wilson’s name from buildings at Princeton among them. In philanthropy, maybe think of Ford Foundation president Darren Walker’s public apology for impermissibly ageist use of the term “tone deaf.”

“But the Marxists will not be appeased,” he goes on, and the democratic regime will thus be threatened.

As for any appeasement-attempting anti-Marxist liberals, “[t]he collapse of the bonds of mutual legitimacy that have tied liberals to conservatives in a democratic system of government will not make the liberals in question Marxists quite yet,” Hazony concludes. Harshly, he continues,

But it will make them the supine lackeys of these Marxists, without the power to resist anything that “Progressives” and “Anti-Racists” designate as being important. And it will get them accustomed to a one-party regime, in which liberals will have a splendid role to play—if they are willing to give up their liberalism.

If even only as an uncomfortable thought experiment, one should ponder more deeply the degree to which Hazony’s foreboding might also apply to comfortable, tax-incentivized, establishment philanthropy. It is an overwhelmingly and monoculturally progressive “one-party regime” of its own, after all.

Establishment philanthropy also temptingly offers or allows a similarly “splendid role to play” for any “anti-Marxist liberal” grantmakers—including of either the old-line progressive variety or in the mainstream “classical-liberal” conservative mold—who might disagree with what it’s doing, but are willing to defend its legitimacy. It’s a legitimacy quite disproportionately, and unreciprocally, enjoyed by Big Philanthropy.

This article originally appeared in the Giving Review on June 2, 2022.