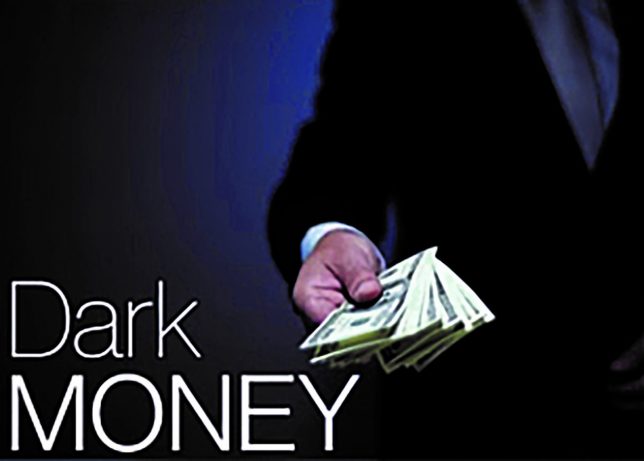 The journalists at the transparency group openDemocracy want you to know they’re hot on the trail of the special interests using so-called “dark money” to influence elections in Europe and the United States.

There’s just one problem: openDemocracy is the very definition of a “dark money” group.

If you’re not familiar with it, openDemocracy is a left-leaning British media website that purportedly tackles “ultra-conservative, far-right, and anti-democratic forces” in Europe and the U.S. The group is highly critical of Brexit, American foreign policy, and the Trump administration.

Recently, openDemocracy attacked the flow of $50 million in so-called “dark money”—spending by nonprofits whose donors aren’t disclosed— from “a powerful network of Christian ‘fundamentalists’ in the United States” linked to President Trump and his former adviser, Steve Bannon, to sow “hatred” and “toxic ideas” in Europe.

Yet the supposedly “independent” journalists at openDemocracy don’t seem interested in reporting on their own “dark money” benefactor in America.

The group’s donation page proudly declares that it doesn’t have a “billionaire proprietor” backing it, and that’s probably true. But it does have the financial support of NEO Philanthropy, an American mega-funder which has reported nearly $340 million in revenues since 2010, as InfluenceWatch explains—much of which came from multi-billion-dollar foundations such as the Ford Foundation, George Soros’s Foundation to Promote Open Society, and the Carnegie Corporation of New York.

According to openDemocracy’s donation page, the group’s American arm is fiscally sponsored by NEO Philanthropy, meaning donations to the group are really made to NEO as its administrator. 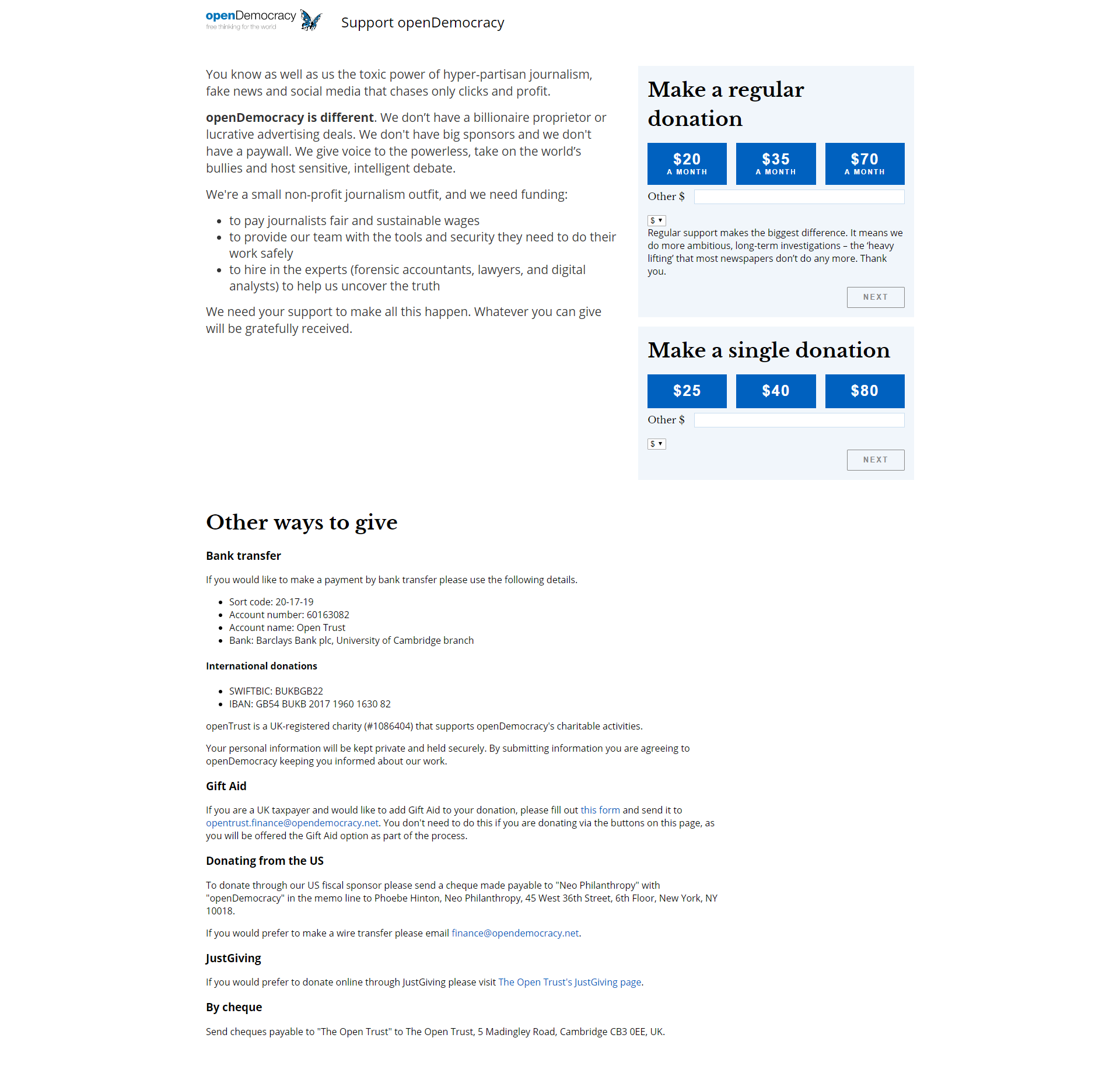 NEO provides similar sponsorship services for some 60 other groups on the Left, many of which have been identified by CRC.

Interestingly, donations to openDemocracy in the U.S. are administered by NEO Philanthropy’s Phoebe Hinton, an activist whose previous job was with the racial extremist group Color of Change. Color of Change was founded in 2005 by ex-MoveOn.org activist James Rucker and Van Jones, who was fired from his post as the Obama administration’s “green jobs czar” in 2009 after it was revealed that he had become a communist following his arrest in the violent 1992 Los Angeles riots. 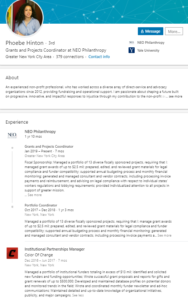 NEO Philanthropy itself is closely connected to the highest reaches of the professional Left. It fiscally sponsors the Funders Committee for Civic Participation, a membership group for prominent donors to direct millions of dollars toward voter registration efforts, anti-voter ID law litigation, and 2020 census activism. Members of the Funders Committee include the AFL-CIO, National Education Association, Open Society Foundations, MacArthur Foundation, Tides Foundation, and Joyce Foundation (whose board once included Barack Obama, an eight-year member beginning in 1994). The shadowy Democracy Alliance—itself a convening group for top-tier funders on the Left—is also a member.

OpenDemocracy’s British arm is funded in large part by “the Open Trust,” mysterious U.K.-based charity which reportedly funneled $350,000 to the group in 2018. And because the (ironically named) Open Trust is foreign and therefore not required to file annually with the IRS, it isn’t subject to the same level of transparency that American nonprofits are—the very definition of the “dark money” its journalist grantee rails about.

But give openDemocracy some credit for publishing a list of its funders in America and the U.K. Unsurprisingly, the list is dominated by major left-wing foundations, including the Rockefeller Brothers Fund, Tides Foundation, Wallace Global Fund, billionaire Pierre Omidyar’s Luminate, the Charles Stewart Mott Foundation, and Soros’s Open Society Foundations and Foundation to Promote Open Society.

An archived copy of openDemocracy’s website from 2013 also shows grants from the Swiss-based Oak Foundation and Atlantic Philanthropies, a Bermuda-based foundation which spent tens of millions of dollars influencing U.S. policies—most notably the passage of Obamacare through a 501(c)(4) lobbying group, Health Care for America Now. The amounts of each grant aren’t disclosed, however.

Americans are entitled to participate in policy debates as voters, activists, and donors—regardless of their decision to participate publicly or privately. But shouldn’t Americans know more about the foreign entities that are bankrolling American politics?