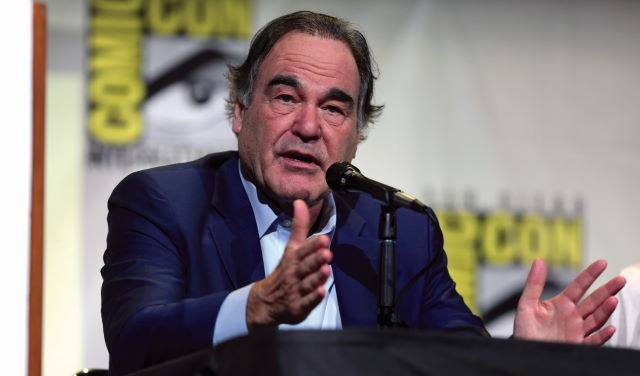 Summary: Sometime during the last eight years Oliver Stone seems to have lost his faith in angry, self-aware hurricanes and the other end-times prophecies of the environmental left. In place of all that he converted to the pro-growth, pro-energy gospel of Apocalypse Never author Michael Shellenberger.

In the waning days of the 2012 presidential election, left-wing filmmaker Oliver Stone proclaimed a recent hurricane to be “punishment” on America because neither candidate (including President Barack Obama, whom Stone voted for) had discussed climate change during their final debate. For Stone, Hurricane Sandy’s brutally destructive hit on the U.S. mainland just after the debate was evidence that “Mother Nature cannot be ignored.” 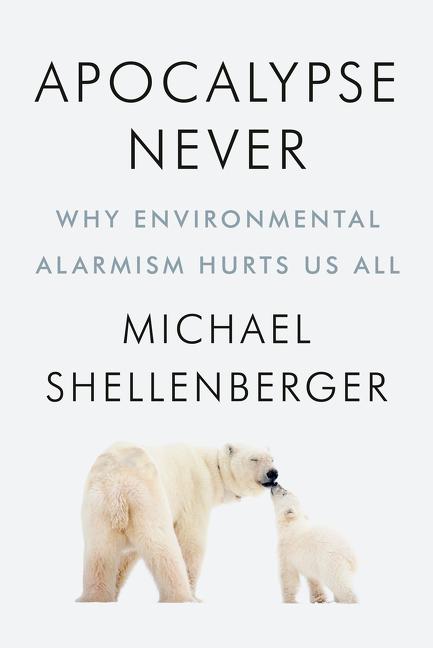 Apocalypse Never: Why Environmental Alarmism Hurts Us All by Michael Shellenberger HarperCollins, 432 pp.

But in the waning days of the 2020 election, Stone read Apocalypse Never: Why Environmental Alarmism Hurts Us All. Afterward, he told his 170,000 Twitter followers that the newly released book was “a striking, optimistic cry against the apocalyptic environmentalists that haunt the present landscape.”

Wow . . . sometime during the last eight years Stone seems to have lost his faith in angry, self-aware hurricanes and the other end-times prophecies of the environmental left. In place of all that he converted to the pro-growth, pro-energy gospel of Apocalypse Never author Michael Shellenberger.

That is a hopeful development. If the same transformation can be accomplished with the rest of the enviro-left, Apocalypse Never may indeed live up to Stone’s further analysis that it is the “most powerful & influential book in recent memory.”

Shellenberger could have been custom-built in central casting to appeal to Stone, a movie man who spent a lifetime filling the silver screen with overtly political and stridently left-wing work. Apocalypse Never recounts how Shellenberger started an Amnesty International chapter at his school in the 1980s when he was 15 and held a fundraiser for the Rainforest Action Network when he was 16. Watching the Amnesty club in action, a teacher asked whether Michael was a communist, a suspicion Shellenberger suspects might have been confirmed at age 17 when he persuaded his school to let him spend his senior year in Nicaragua learning Spanish and observing the “Sandinista socialist revolution.”

A highly decorated soldier in the war on carbon emissions, in 2008 Shellenberger was named one of Time magazine’s “Heroes of the Environment.” It is as if he were the grown-up and middle-aged future of Greta Thunberg, the Swedish teenager who is today one of the mainstream left’s most celebrated climate alarmists.

Except, Shellenberger is no alarmist. He believes climate change is a man-made and a serious problem, to be mitigated only through sharply and quickly reducing carbon output. But armed with scientific papers and interviews with climate scientists, he puts the climate risk in perspective.

A Visit to the “End of the World”

He writes that natural disasters (such as Stone’s vengeful hurricane) are not gaining in severity and—adjusted for increased development in their path—are doing no greater damage than ever before. Sea levels will indeed increase a bit, he affirms, but we have the time and technology to work around it. He points to the wealthy Netherlands, most of which sits below sea level—some parts far below even the worst-case climate scenarios.

The book provides an equally well-documented and passionate case for rich nations to get off carbon-based fuels and switch quickly to carbon-free nuclear energy. Even more passionately, he argues that desperately poor nations must be helped to get rich as quickly as possible by using more carbon-based fuels if necessary, so they too can more quickly transition to nuclear.

As the book title makes clear, the world is not coming to an end, but Shellenberger writes that many parts of the planet still look like end of the world.

He tours the eastern end of the Democratic Republic of the Congo, where 98 percent of the people “rely on wood and charcoal as their primary energy for cooking.” Anyone who sits near a campfire or charcoal grill can attest that these are sources of carbon emissions.

According to a CIA analysis, 79 million of the Congo’s more than 100 million people have functionally zero access to electricity. On the United Nations’ Human Development Index, the Congo ranks 179th out of 189 nations, and Afghanistan checks in nine spots higher.

Harvesting the Congo’s forests for fuel so people can survive has also been inflicting horrific damage on the habitat of native gorillas and other creatures that everyone otherwise has an interest in protecting.

Shellenberger argues that these people in dire circumstances need reliable electricity as soon as possible. The forests surround them, as does the environment we all use. And he recognizes that for most of the world this means transitioning from wood and forests to natural gas or coal. But he profiles the Congo because they have an even better option.

The Congo’s path to prosperity is the Grand Inga Dam, a series of hydroelectric dynamos proposed for the Congo River. Grand Inga would deliver at least 20 times the power capacity of the Hoover Dam, a Depression-era project that still pumps cheap electricity to 8 million energy-thirsty Americans in three states.

But even though hydroelectric energy is carbon free, some of us in the wealthy Western world want the Congolese to continue living like the Flintstones.

Later in the book Shellenberger introduces International Rivers, a “little-known but influential NGO” from Berkeley, California, that has “helped stop 217 dams from being built, mostly in poor countries.” The International Rivers website brags of the organization’s part in “successfully delaying” Grand Inga. These tourists from Berkeley claim that proven, reliable power isn’t the right fit for 79 million Congolese still living in the dark. Instead, International Rivers recommends they adopt “solar, micro-hydro and wind power.”

In the next installment of “Oliver Stone’s Antidote for ‘Apocalyptic Environmentalists,’” learn at how environmentalists are trying to “colonize” developing countries.