Of Burners and Baptists: Ousted GOPer Cashes in on Pot 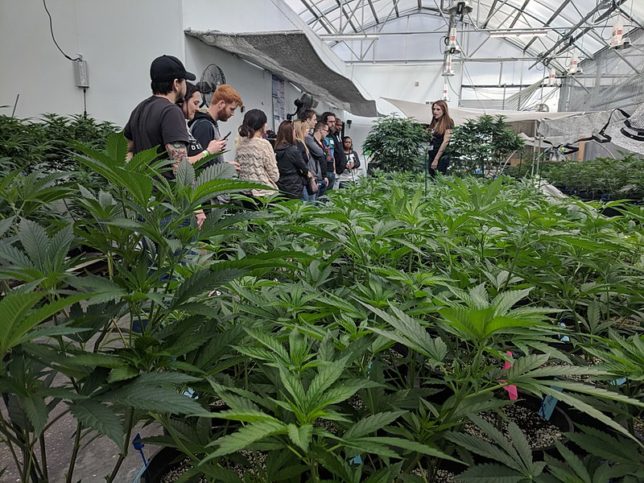 Don’t feel too bad for former Representative Carlos Curbelo, a Florida Republican who lost his seat in the 2018 midterm elections. Like many ex-Congressmen and ex-Senators, he has found gainful employment without even needing to leave the Swamp. And through his new venture, Curbelo pushes the typical Swampy special-interest legislation—it is only the industry he serves that is unusual.

Curbelo, who gained a reputation as a non-ideological mushy moderate for his support of environmentalism and votes to expand government spending during his two-term service, has joined the Cannabis Trade Federation (CTF) as a strategic advisor. CTF is a national coalition of cannabis businesses intent on changing United States drug policy to allow marijuana consumption. (Curbelo backed cannabis legalization and cannabis-friendly tax breaks as a U.S. Representative.)

The New Federalism Fund and the American Trade Association of Cannabis and Hemp merged in 2018 to form CTF, and the new 501(c)(4) organization boasts a large roster of lobbyists with experience in state level marijuana-legalization campaigns.

“Legalize It” Without Legalizing It

The Federation’s chief concern in 2019 is passing the Strengthening the Tenth Amendment Through Entrusting States (STATES) Act. The bill would force the federal government to recognize the legalization of marijuana in states where ballot initiatives or the state legislature made the drug legal. But STATES would not make marijuana legal under federal law (it would remain a Schedule I Narcotic): Instead, the FBI and Department of Justice would be hamstrung from taking any enforcement action against state-legal marijuana businesses while still being mandated to stamp out any possible interstate marijuana trade.

STATES also fails to address conventional issues related to interstate trade. The STATES Act, by not actually legalizing marijuana, would use federal interstate enforcement authority to turn each state into a captive, autarkic market. To the extent imbalances between consumption and production existed in the states which chose to permit marijuana use, criminal smuggling would continue, as would a drug war that National Review recognized as failed 18 years before the New York Times reached the same conclusion.

While professing to represent nationwide marijuana and other cannabis business interests, CTF’s board and partners reveal close ties to the Colorado cannabis industry. (Colorado legalized the recreational consumption of marijuana under state law in a 2012 ballot measure, becoming the first state to do so.) Six of the businesses that make up the founding board members of the Federation are Colorado-based companies. The other members have businesses operating in multiple states, but many have strong presences in Colorado. And the state marijuana industry most likely to benefit from keeping interstate trade illegal is . . . Colorado.

CTF is led by CEO Neal Levine who worked as an executive for LivWell Enlightened Health, one of the Colorado-based companies that funds CTF. He is CEO and chairman of the attached New Federalism Fund. He campaigned for third-party professional wrestler Jesse Ventura’s successful bid for governor of Minnesota and has bounced around different cannabis-related associations and lobbying groups, including serving as president of the National Cannabis Industry Association in 2016.

By failing to open up interstate commerce, CTF’s STATES Act creates state-level legal marijuana cartels. The existing vertically integrated businesses in Colorado won’t have to worry about growers from California or Oregon competing with them, because importing from those states would stay illegal. Even if the federal government chose to de-schedule marijuana (making it no longer a controlled substance), STATES’s burdensome regulatory barriers for entrepreneurs who may wish to start businesses would remain.

One of the more persuasive arguments for removing the prohibition on marijuana is that pot prohibition is suspiciously similar to Prohibition—America’s “noble experiment” with a 14-year ban on alcohol. Even the breakdown of the alcohol Prohibition regime is comparable to the breakdown of the marijuana prohibition regime: British politician Winston Churchill scored a “medicinal” alcohol prescription while touring America, and Maryland—the Jazz Age’s Colorado of booze—never passed a state-level law enforcing Prohibition. President Warren Harding stockpiled whiskey in the White House, defying the spirit if not the letter of the Volstead Act. (Alcohol consumption was never federally illegal, only production and sale.)

Since the end of alcohol Prohibition in 1933, alcohol has been regulated pursuant to the 21st Amendment, which granted near-total regulatory oversight of alcohol to the states. And they exercise it: Mississippi maintained an alcohol prohibition law until 1966 (though it was observed more in the breach than even the widely disobeyed federal law), a number of states maintain monopolies on sale and distribution of alcohol, and some states allow counties and cities to prohibit the sale of alcohol.

But there’s a major caveat to this state power: Under a Supreme Court case titled Granholm v. Heald, states cannot treat alcoholic beverages produced out-of-state and those produced in-state differently. In this way, STATES is explicitly not regulating marijuana like alcohol: It forces states to treat legally grown or processed cannabis products differently based on their state of origin.

And that screws up the markets in states that lack a balance between their production and consumption. For example, as of February 2018 Oregon had a registered stockpile of 1.1 million pounds of cannabis, equivalent to three years of the state’s consumption. And while Oregon smokers cheer, producers suffer. Since Oregon’s growers are prohibited from selling to other states by the Controlled Substances Act, there’s no way Oregon’s industry can recoup its losses. Dispensaries are closing, and the state isn’t collecting hoped-for revenue.

But Colorado producers, who don’t face competition from Oregon imports, are happy. And that can explain why legalizing commerce between legalization states is not a priority of CTF and the STATES Act: The “bootleggers” in the Colorado cannabis industry who comprise CTF are happy to collect higher prices by closing off interstate trade, which they pitch as a concession to prohibition-preservationist “Baptists.” Pro-cannabis Republicans and the businesses pushing STATES are putting lining their own pockets above ending the drug war.