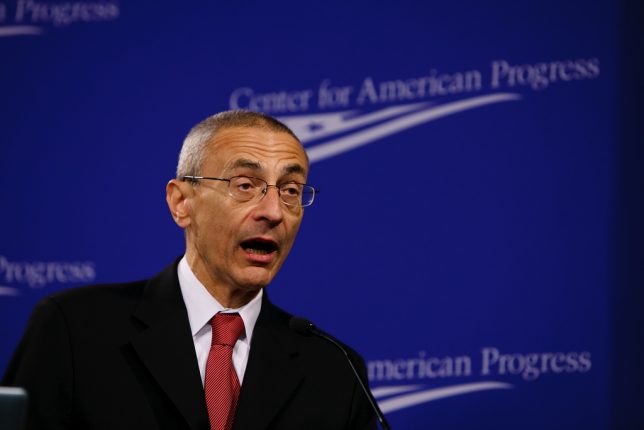 We can divide the principals involved in the immigration debate into three basic actions. Two of these—one left-wing and one center-right—favor liberalizing reform; the third—generally right-wing but funded in large part by the Malthusian wing of the environmentalist movement—favors restrictionism.

The liberal expansionist position, which proposes reduced enforcement of immigration laws and higher immigration levels (in extreme cases, no restrictions at all, known as “open borders”), is endorsed by a number of left-wing ideological, single-issue, and ethic-interest groups and their funders. 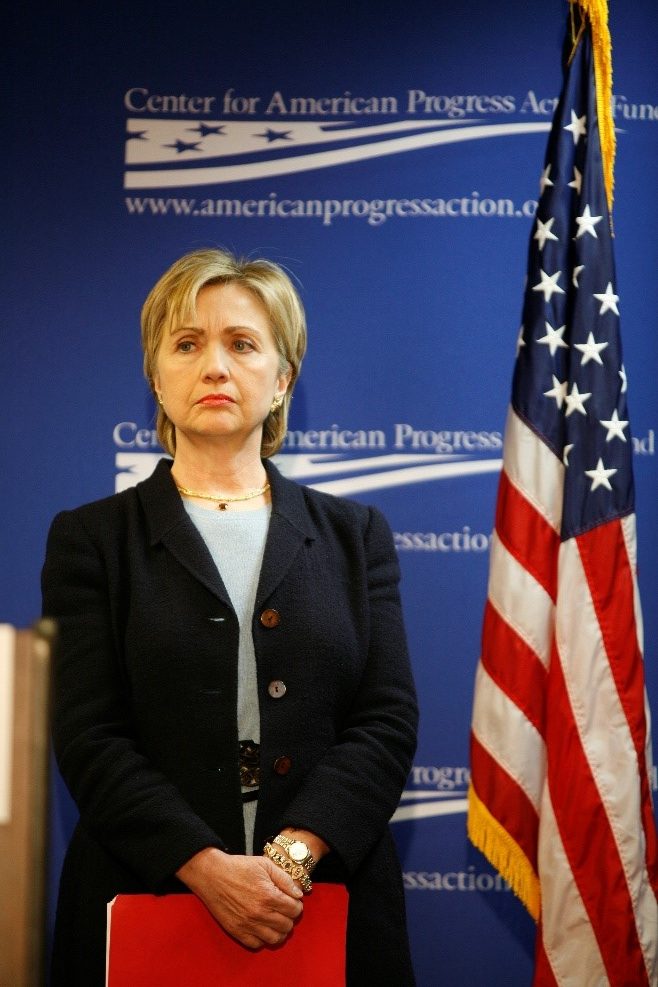 CAP strongly advocates in favor of the “DREAM Act.” This proposed legislation allows for illegal immigrants who entered the United States as minors, who received or will receive a high school diploma or its equivalent and have resided without legal status in the United States for four consecutive years, to receive legal authorization to remain. Permanent residency and future citizenship would be extended to these legalized immigrants who then worked for three years, completed two years of college education, or served two years (or until honorable discharge, whichever came first) in the military. The DREAM Act as so defined would grant legal status and a path to permanent residence and citizenship to between 1.1 and 1.9 million people depending on the enrollment projection used; this is several hundred thousand more authorizations than DACA granted.

The single-issue groups supporting the DREAM Act, which include the American Immigration Council, Migration Policy Institute, National Immigration Law Center, and the National Immigration Forum, provide research and advocacy for a number of left-of-center liberal expansionist immigration efforts. All receive substantial funding from the left-wing Ford Foundation, which is a major funder of liberal policy advocacy efforts.

Alongside the main ideological and single-issue groups are a handful of ethnic-group and country-specific advocacy groups. The most notable of these is UnidosUS (formerly, National Council of La Raza). The group had pressed the Obama administration to “go big” in its controversial and legally suspect DACA and “Deferred Action for Parents of Americans” executive actions; its former president, Raul Yzaguirre, was President Obama’s Ambassador to the Dominican Republic. UnidosUS has received grants totaling over $10 million since 1999 from the Bill and Melinda Gates Foundation and the Ford Foundation; other big donors to the group include the W.K. Kellogg Foundation, the MacArthur Foundation, and the Walton Family Foundation. Other notable contributors include the corporate foundations associated with PepsiCo, Walmart, UPS, and Bank of America.

UnidosUS and other groups focused on Hispanic American interests are not the only ethnic- or country-specific players in the immigration debate. Irish immigrants, of whom an estimated 50,000 or so are currently illegally present, have a country-specific lobby, the Irish Lobby for Immigration Reform, a small group that shares office space with Irish America magazine, a publication that received funding from the Bricklayers and Allied Craftworkers Union. Left-of-center groups promoting the interests of South Asian Americans, Filipino Americans, and other ethnic and national groups also push for more liberal immigration policies.

As one might expect given the enthusiasm shown by left-wing funders and advocates for expansionist immigration policies, conservative-leaning organizations tend to support restrictionist policies and stricter enforcement of immigration laws. There is a philosophical division on the capitalist right between, on the one hand, libertarians (including liberal bogeymen philanthropists Charles and David Koch), who tend to believe that infringements on individuals’ freedom of movement are morally suspect abuses of government power and therefore support expansionist policies, and on the other hand, conservatives who take a more restrictionist line, citing potential risks of crime, terrorism, and loss of national cohesion or identity. Notable conservative institutions taking a restrictionist position include the Heritage Foundation and National Review magazine.

Alongside these conservative institutions are a number of single-issue groups advocating for more restrictions on immigration. The Center for Immigration Studies, Federation for American Immigration Reform, NumbersUSA (and NumbersUSA Education and Research Foundation, its associated 501(c)(3) group), and Californians for Population Stabilization together conduct research, mobilization, and advocacy for tougher immigration enforcements and legal changes to reduce immigration—both legal and illegal.

Although they align with conservative institutions for tactical reasons (CIS executive director Mark Krikorian is a National Review contributor) the single-issue groups have an unusual history and their principal funders are far from the usual right-of-center, free-market interests. CIS, FAIR, and NumbersUSA all arose from the work of controversial population control advocate John Tanton, a 1970s-vintage neo-Malthusian who espoused anti-Catholicism and served on the board of a local chapter of Planned Parenthood. Later in life, Tanton expressed apparent support for eugenics, writing, “Do we leave it to individuals to decide that they are the intelligent ones who should have more kids?”

While the groups have in recent years distanced themselves from Tanton and his anti-life ideology, their funders continue to come from the Malthusian wing of the environmentalist movement. The largest contributor to single-issue immigration restriction groups is the Colcom Foundation, perhaps the most unusual of the Scaife family philanthropies. Colcom was controlled by Cordelia Scaife May until she died in 2005; May was an advocate of population control and environmentalism about whom a friend once said, “She loved animals almost more than people.” May also reportedly idolized Planned Parenthood founder Margaret Sanger and kept a portrait of the eugenics-linked birth control pioneer in her living room.

Colcom continues to follow its donor intent: In addition to multi-million-dollar annual grants to immigration restrictionist groups, the Colcom Foundation has in recent years spent tens of thousands of dollars supporting anti-natural-gas and anti-coal groups like the Clean Air Council, Environment America Research and Policy Center, Earthworks, and the Center for Coalfield Justice. Colcom also gave a six-figure grant to Planned Parenthood of Western Pennsylvania, the local chapter of the Sanger-founded national Planned Parenthood network of abortion clinics in Colcom’s home city of Pittsburgh, in 2013. Colcom’s 2015/16 fiscal year tax filing even shows a $40,000 grant to New York University for its Margaret Sanger Papers Project.

The same tax filing shows a total of $16.6 million in grants to CIS, NumbersUSA Education and Research Foundation, FAIR, and Californians for Population Stabilization. Colcom funds other immigration restriction groups as well, including the American Immigration Control Foundation, the Immigration Reform Law Institute, and Progressives for Immigration Reform.

Colcom is not the only funder of immigration restriction that has associations with environmentalists, pro-abortion groups, and population control movements. The Weeden Foundation is also a funder of the immigration restrictionist movement. It is run by Don Weeden, who also sits on the board of NumbersUSA. Weeden has held positions with the International Planned Parenthood Federation and has involved the Weeden Foundation in expanding abortion services in Latin America.

But Weeden is substantially smaller than Colcom: It provided CIS, NumbersUSA, and FAIR with a combined $100,000 in 2015, the most recent year with available records. In addition to funding immigration restriction groups, Weeden also funded numerous left-wing-aligned groups including the dissident “Catholic” Catholics for Choice pro-abortion lobby, the environmentalist Natural Resources Defense Council (NRDC), and the militant atheist advocacy group Freedom from Religion Foundation.

The Business Community and the Libertarian Movement

In addition to the four major policies, business groups also take a special interest in temporary worker authorization programs called H visas. The U.S. Chamber of Commerce has expressed a desire to see increases in the number of H-1B (professional, college-educated) temporary workers and the number of H-2B (seasonal nonagricultural) workers available. The American Farm Bureau Federation additionally seeks increases in agricultural work visas, ideally by the creation of a new program to replace the current seasonal-worker-only H-2A scheme.

As a result of their desire for more liberal immigration policy, business groups have provided support to some of the liberal single-issue immigration groups. For instance, the Chamber of Commerce’s 501(c)(3) arm and the Walmart Foundation have in the past provided support to the National Immigration Forum. Some high-tech billionaires, most notably Microsoft’s Bill Gates and Facebook’s Mark Zuckerberg, have also formed FWD.us, their own single-issue advocacy group pushing for expanded immigration. 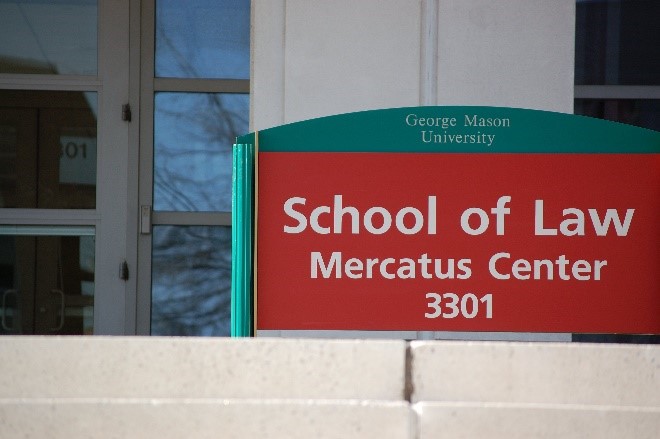 Of Border Walls and Dreamers’ last segment will explore the mindsets and motives behind the various schools of immigration reform.