Obamacare Penalties for Uninsured are Higher Than Ever

Penalties for the uninsured rise as access to health care falls 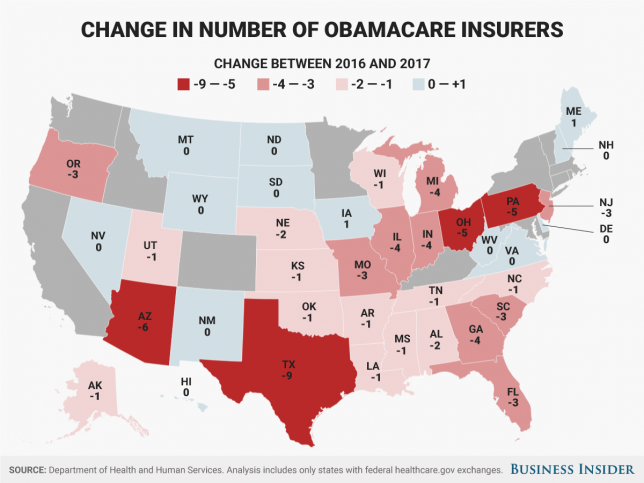 One essential aspect of the Affordable Care Act (ACA), better known as Obamacare, is the health insurance overhaul’s individual mandate. Under the 2010 law, Americans lacking health insurance coverage beginning in 2014 are required to pay a penalty. The Obama administration billed that penalty as a minor fine, but the numbers show otherwise.

According to numbers reported by the Washington Free Beacon, the Internal Revenue Service (IRS) collected $2.8 billion in ACA penalties on 2016 tax returns from 4 million Americans. That’s down from the 5.6 million who were penalized in 2015 returns, likely in response to President Donald Trump’s January 20th executive order to “minimize the unwarranted economic and regulatory burdens” of the ACA by waiving the individual mandate. Specifically, the order calls on the IRS and the secretary of Health and Human Services to

“. . . exercise all authority and discretion available to them to waive, defer, grant exemptions from, or delay the implementation of any provision or requirement of the Act that would impose a fiscal burden on any State or a cost, fee, tax, penalty, or regulatory burden on individuals . . .”

The climbing penalties may be an indicator that the larger ACA system is on the verge of failing. As more health care providers withdraw from Obamacare exchange markets, fewer Americans have access to health insurance – but are still stuck with IRS penalties. In February, Molina Healthcare—a provider once hailed as one of the exchange “bright spots” which primarily covers poor people—announced a $110 million loss on the ACA exchange markets. The Heritage Foundation, a conservative think tank, has documented a nearly 50 percent failure rate among ACA providers, which it claims “seem to be falling like dominoes.”