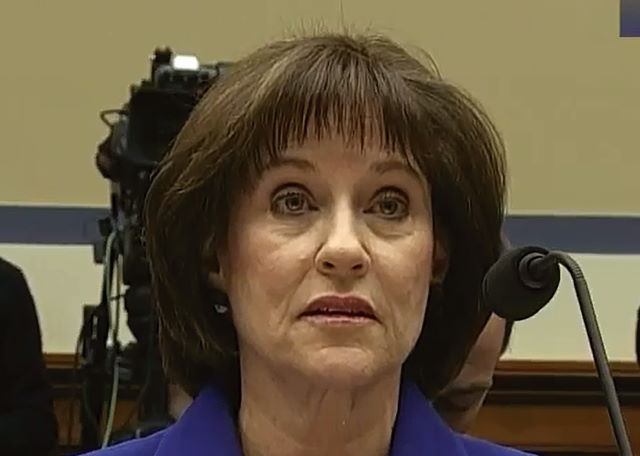 Sen. Thune: Is it correct that Lois Lerner was exonerated in the later investigations of the targeting controversy?

Bradley A. Smith: No, that is incorrect.

A counter-narrative has emerged that downplays the IRS scandal by claiming that because a few progressive groups also had their applications for tax-exempt status flagged and delayed, it is wrong to say the IRS was targeting based on the political speech of the groups. This narrative ignores the evidence about both the scale and the severity of the targeting against groups on the right as opposed to groups the left.

First, this counternarrative relies on a 2017 TIGTA audit report[3] that indicated IRS review of applications for tax exemption included other types of suspected political activity besides conservative. But that report covered a time period that began in 2004, six years before the 2010 inception of the “tea party cases” activity by the IRS.  The Treasury press release accompanying the 2017 report noted numerous problems associated with attempting to compare the 2017 TIGTA audit report with the seminal 2013 TIGTA audit report. Citing this report to argue that the IRS did not disproportionately target conservative groups starting in 2010 is a bit like arguing that the United States was not a major world power after World War II because its economy was in a depression in the 1930s.

The numbers for the actual period of the scandal are what count—not the numbers for the period before the IRS began targeting conservative groups. And what are those numbers? The IRS itself found that among those groups targeted by the IRS starting in 2010:

Thus, while it is true that IRS screening to detect political activity (including the infamous BOLO list) did occasionally capture non-conservative groups, the large majority – and clear purpose – of the program was the targeting of conservatives. Hundreds of right-leaning groups were affected compared to fewer than ten left-leaning groups.

That alone should settle the debate, and yet it still does not capture the full extent of the IRS’s mistreatment of conservative groups. The initial targeting, after all, was only the first step. The real damage done was in the lengthy delays in approving groups’ tax-exempt status. Here, too, the IRS found that liberally-coded groups and conservative-coded groups received vastly different treatment. The 2017 TIGTA report found that most groups on the left who were “targeted” still had their tax-exempt status approved within two years, and the majority were approved in the first year. The opposite was true for groups on the right: the overwhelming majority were not approved in two years, according to the 2013 TIGTA report.

Lois Lerner herself admitted the IRS’s behavior was inappropriate, both in the question she planted at a public tax forum in an attempt to get ahead of the IRS audit, and in her statement to Congress before invoking her Fifth Amendment right against self-incrimination. Lerner, of course, was found guilty of contempt of Congress. While the Department of Justice declined to prosecute Ms. Lerner in 2015, the evidence is overwhelming that the IRS Exempt Organizations Unit purposefully discriminated against conservative groups while she was director.

[1] U.S. Department of the Treasury, Inspector General for Tax Administration, “Inappropriate Criteria Were Used to Identify Tax-Exempt Applications for Review,” May 14, 2013, http://www.treasury.gov/tigta/auditreports/2013reports/201310053fr.pdf.