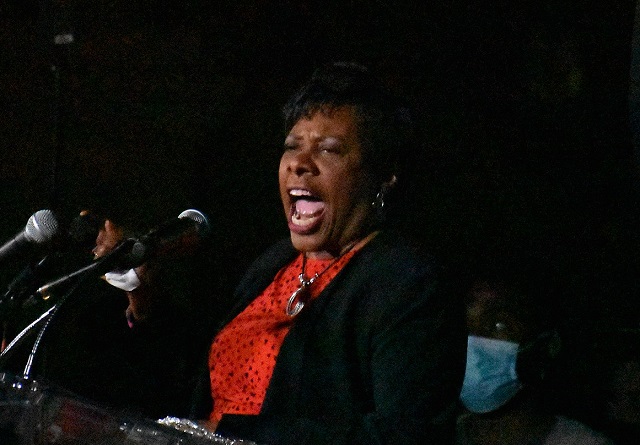 When Becky Pringle, the president of America’s largest teachers union, sat down for an interview with The Atlantic, a left-progressive magazine owned by liberal mega-donor she surely expected softball cover from her fellow arch-liberals. However, as the president of the United States discovered when he sat down with a Clinton administration flack-turned-ostensible-journalist this week, even the most committed partisan outlets cannot defend a leftist defending a completely indefensible position. For Pringle and the National Education Association, that position is simple: no vaccine mandates for us, but mask mandates and school lockdowns for your children.

For Your Children, Lockdowns and Masks

The Atlantic’s Emma Green asked Pringle a simple question: “Do you believe that every school in the United States should be open for full-time, in-person instruction in the fall of 2021?” Pringle’s response was not “Yes,” but the same hostage taking that teachers unionists have employed since the first identification of COVID-19:

We have been working the whole year to try to ensure that every single school has the big R: resources. . . . For that to be true, the community has to work with schools to ensure that they follow the science, listen to the infectious-disease experts, and then make decisions that will keep their students safe.

On masks, Pringle demands more mandates on your kids. For all Pringle’s citation of “the science” in defending these unprecedented measures, note well that European countries, which have often employed much harsher general lockdowns, have typically not forced elementary school children to wear masks for eight hours per day because European health officials have seen no scientific evidence that any benefits of such mandates exceed their costs.

For Us, Not Even the Fee for the Gaming License

But Pringle and the NEA think one intervention goes too far: vaccination mandates for school staff, who are often NEA members. While children cannot see each other’s smiles at NEA demand, Pringle cautions about “complexities of vaccinations” and asks that her members receive “accommodations that need to be made.” She did deign to acknowledge that unvaccinated teachers should regularly be tested for COVID.

Put simply, the ruling class of which Pringle is a member is to suffer no imposition comparable to that imposed on children and parents. In The Godfather Part II, Michael Corleone told the senator, “My offer is this: Nothing; not even the fee for the gaming license.” In exchange for demanding a previously unthinkable imposition on children, Pringle offers next to nothing.

Green also pressed Pringle on a “perception” we have noted is well founded but liberals often prefer to ignore: Teachers unions appear responsible for most of the school lockdowns. And Pringle, following her AFT counterpart Randi Weingarten, responded like the politician she is, denying that she put her members ahead of children in an act of supreme gaslighting.

The COVID-19 response has made clear that teachers unions’ principal loyalty is to their political agendas and the interest of their most radical activist members. One cannot blame Pringle or Weingarten for putting the people who pay their salaries ($285,365 and $417,968, respectively) first. As Corleone would say, “It’s not personal . . . it’s strictly business.”