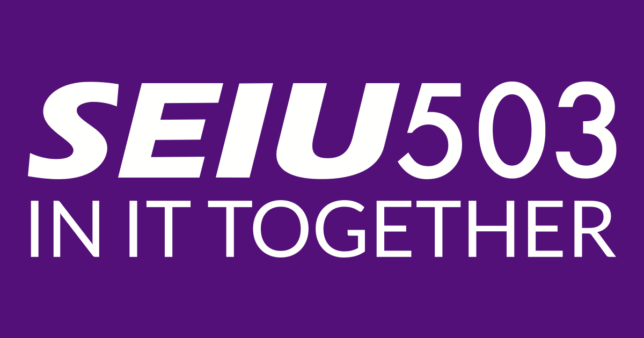 If February, we perused the National Right to Work Legal Defense Foundation’s case updates to outline a pattern of abuses by labor unions against dissenting nonmembers. These nonmembers were seeking to exercise their legal rights to refrain from paying for unions’ nonrepresentational expenses, most prominently for lobbying and political organizing. The case updates showed that labor unions repeatedly evaded their obligations. Indeed, since that post, Unite Here conceded to Hawaii worker Nina Chiu, agreeing before the National Labor Relations Board not to violate her rights to refrain from paying for union political expenses.

We now have even more evidence of widespread, knowing malfeasance by Big Labor officials abusing their powers under existing law—which the proposed PRO Act would vastly expand—to compel workers to pay dues. This time, the defenders of employee rights are the Freedom Foundation, who are challenging affiliates of the Service Employees International Union (SEIU) in the Pacific Northwest.

The Freedom Foundation is suing SEIU Local 503—nothing unusual there—for allegedly forging the signature of an Oregon Department of Transportation worker on a union card that limited the window to opt out of union membership to one week. (This is not the first time the Freedom Foundation has alleged a Pacific Northwest–based local of SEIU has forged dues authorizations.) But what is unusual is the foundation’s legal theory: The foundation asserts that the use of electronic communications to secure withholding of the dues purportedly authorized by the forged membership card constitutes a “pattern of false and fraudulent conduct” that violates the civil Racketeer Influenced and Corrupt Organizations (RICO) Act, especially when combined with other alleged cases of “misrepresenting the authorization of dues deductions.”

Labor historians might best remember RICO, the 1970s-era “tough on crime” legislation designed to make running a Mafia-style organized crime racket more explicitly a federal offense, from the Teamsters Union’s consent decree with federal prosecutors. The prosecutors, led by then-U.S. Attorney Rudy Giuliani ultimately broke Mafia control of the union epitomized by legendary labor racketeer Jimmy Hoffa. The law has a very complicated civil provision that can put an organization or person that committed a pattern of racketeering on the hook for treble damages if the allegations are proven. While RICO is often abused by pro se plaintiffs and idiots on the internet, well-argued RICO complaints have led to liberal groups paying multi-million-dollar settlements in other cases.

It All Comes Back to the PRO Act

The Right to Work Legal Defense Foundation’s and Freedom Foundation’s cases demonstrate the extent to which unions will abuse the powers they already have to coerce membership and dues payments. But in the background is the Protecting the Right to Organize Act (PRO Act), the Congressional Democratic proposal—endorsed by the Biden administration—to expand union coercive power to a level unseen in 70 years.

The PRO Act would give union organizers extensive personally identifying and personal contact information on workers in a union-targeted workplace, give the partisan National Labor Relations Board the power to throw out elections that unions lose and declare unions the winner without a revote, and compel workers in all 50 states to pay union fees.

Given that unions have repeatedly violated the Beck rights of workers not to pay political assessments and allegedly gone so far as to repeatedly forge workers’ signatures on union cards so as to fraudulently secure dues payments, why should Americans trust give Big Labor more power? Wouldn’t more power lead to more such abuses? The fact is Americans shouldn’t trust Big Labor.