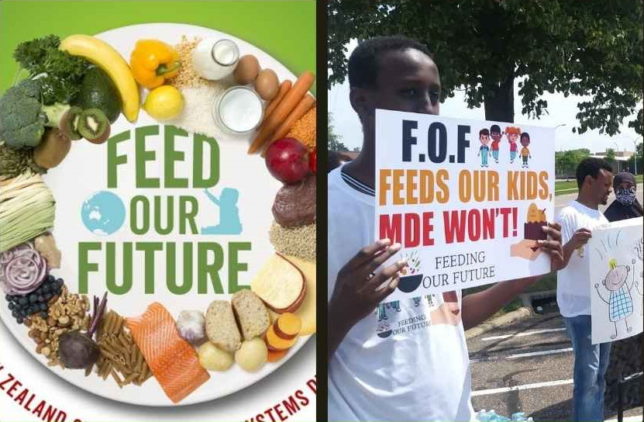 Minnesota is considering legislation that would tighten requirements for nonprofits that receive government grants. This comes amid major fraud allegations against the recipients of hundreds of millions of dollars of taxpayer money. Regrettably, what is unfolding is illustrative of issues that are far from unique to the North Star State.

The backdrop involves a Twin Cities–area nonprofit called Feeding Our Future. In what the FBI has alleged was a “massive fraud scheme,” Feeding Our Future and groups that it oversaw are being accused of misappropriating—indeed, outright stealing—tens of millions of dollars from federal nutrition programs. According to the government, “almost none of this money was used to feed children” as the programs intended, but rather to fund extravagant personal purchases. A state judge is now overseeing Feeding Our Future’s dissolution.

The numbers involved are sobering. Feeding Our Future was founded in 2017, and the following year it received approximately $307,253 in government grants. This ballooned to over $5.4 million in calendar year 2019, $79.1 million in 2020, and $183.5 million in 2021. The money came via two federal programs funded by the U.S. Department of Agriculture but administered by state agencies. The Minnesota Department of Education reported that it distributed a total of $268,422,523.95 to Feeding Our Future from 2018 through 2021. One estimate indicates that at least $48 million of this may have been misappropriated.

Leaders of Feeding Our Future, including its executive director Aimee Bock, have denied any wrongdoing and have not been criminally charged—though authorities recently arrested two men associated with the investigation on passport fraud charges. Regardless of how things ultimately play out, the allegations alone illustrate some problems inherent to government-funded nonprofits. The New York Times commented that the case highlights “how the government’s reliance on nonprofits to help carry out an array of programs can increase vulnerability to fraud.”

Numerous red flags were flying. Feeding Our Future’s tax-exempt status was revoked by the IRS in early 2020 for failure to file a Form 990, though it appears to have been subsequently reinstated. The group had no staff accountant, and its financial statements reportedly contained fundamental errors and inconsistencies. As of April 2022 there are no 990s for the group available on the IRS website. In addition, some operators of sites overseen by Feeding Our Future had criminal records, and at least one local government employee is being investigated.

Minnesota Investigates and May Legislate

Needless to say, because the money at issue was routed through a state agency, Minnesota legislators are trying to determine what happened and how to prevent it from happening again. Some fingers are being pointed at the Minnesota Department of Education’s internal controls. While the department has defended its actions, it certainly appears that if a fraud anywhere near the size of what is alleged did occur, controls must have been insufficient by definition. A tremendous amount of taxpayer money is involved.

A proposed bill seeks to tighten requirements on nonprofits that pursue state grants and that receive more than 50 percent of their revenue from state funds. Its provisions include:

These requirements would apply only to nonprofits that want to apply for state grants, and which are majority-funded by such. Republican state senator Michelle Benson  argued that such provisions would have prevented the alleged fraud at Feeding Our Future and would more broadly improve transparency at those nonprofits that function as “de facto agents of the state.” The Minnesota Council of Nonprofits has come out aggressively in opposition to the bill. While reasonable people could certainly disagree on some of the specifics, the Feeding Our Future allegations certainly seem to suggest that significant reform is in order.

The Larger Issue of Government-Funded Nonprofits

It is worth exploring what is happening in Minnesota in the context of some recurring issues that crop up with government-funded nonprofits. This is a topic on which the Capital Research Center has written extensively, and it goes deeper than simply ferretting out bald-faced fraud.

High levels of government funding—particularly as a percentage of total revenue—can be hazardous to a nonprofit’s fiscal health. Any resulting financial fallout becomes a problem not only for those a given taxpayer-funded program is intended to serve, but also for the taxpayer personally, who might be justifiably exasperated at having effectively become an involuntary donor to such a charity.

Consider the implosion of the Youth Policy Institute in late 2019. In addition to allegations of financial mismanagement and executive impropriety, the group apparently became so reliant on government grants—reported on the group’s 2018 990 as accounting for 97 percent of its $47 million total revenue—that it couldn’t cover basic overhead while attempting to implement the associated programs. Its collapse precipitated a scramble to place the vulnerable children it had been serving with other groups, and taxpayers were left holding the bag.

The proposed Minnesota legislation specifically targets executive compensation. While its merits as-written are potentially debatable, it is not debatable that unscrupulous nonprofit executives can indeed try to get rich off the backs of taxpayers. Southwest Key Programs derived more than 98 percent of its $408 million total revenue in 2018 from government grants. That same year, it paid its president over $3.5 million, its chief financial officer more than $2.3 million, and at least four other officers more than $1.1 million. A former IRS official bluntly and rightly characterized it as “profiteering.”

Finally, Feeding Our Future stands out as an example of a grantee-plaintiff—a term for a government grantee that subsequently sue the government, sometimes the very same agency that funded it. This can be troubling on several levels, but in the case of Feeding Our Future it appears to have caused the alleged fraud to continue longer than it otherwise might have, running up the costs to taxpayers on all fronts.

After the Minnesota Department of Education began raising concerns and denying some applications, Feeding Our Future sued in late 2020. Although the department declared the nonprofit to be “seriously deficient” and halted all payments by early 2021, in April a state judge said that the department had no authority to do so and that it must continue funding Feeding Our Future. That judge later found the department in contempt and fined it tens of thousands of dollars’ worth of taxpayer money. It ultimately required a massive FBI raid to finally stop payments.

Keeping Focus on the Taxpayer

As long as the government authorizes colossal spending programs, it will need to enlist the help of private nonprofits to carry them out. To be sure, this arrangement is preferable to the alternative of erecting some impossibly bloated public bureaucratic apparatus in its place. Perennial human experience also instructs, regrettably, that when giant piles of government money appear somebody—or many somebodies—is going to try to steal it.

In instances where government-funded nonprofits are shown to be financially dubious or ideologically divisive, it is important to always remember the taxpayer’s role as involuntary charitable donor. Just as a major foundation should be expected to faithfully steward the fortune of a long-dead philanthropist with fiscal prudence and deference to donor intent, so too should the government be expected to treat the collective fortune withheld from the paychecks of today’s ordinary Americans.