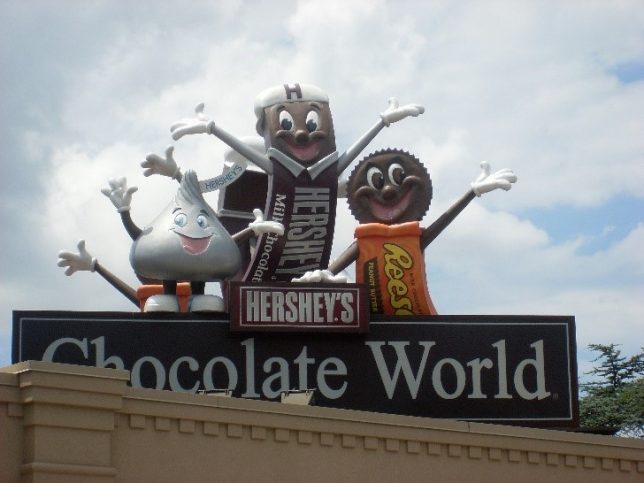 Mismanagement at the Hershey School

The 2009-2010 academic year was the Milton Hershey School centennial. But it was also the time when Bob Fernandez, in a series of reports for the Philadelphia Inquirer, exposed many of the school’s management problems.

In March 2010, Fernandez noted that the Hershey School had decided to implement a series of budget cuts in response to the Great Recession, including eliminating plans for building a new set of group homes, closing a residence for the Hershey School president opened in 2003, and eliminating a program that had paid for the removal of students’ wisdom teeth. Critics of these cuts noted that the Hershey School endowment in 2008 was $7.3 billion, which would have placed it eighth among the nation’s universities—less than Harvard, Yale, or Stanford, but more than Northwestern or Columbia.

Dilworth Paxson partner John W. Schmehl, who represented the alumni association in their failed case against the school, declared it “nonsense for the trust to blame the economy for subjecting children to program cuts while…sitting on $7 billion.”

The Springboard Academy, a semi-autonomous part of the Hershey School campus was also scheduled for elimination. At Springboard, which featured what Fernandez called “an eco-friendly main lodge with a bamboo floor” troubled students could spend extra time hiking and camping as a way of easing into more regimented Hershey School programs. The cost to the Hershey School for Springboard was an additional $9,000 above the whopping $100,000 per student already spent by the school.

Fernandez’s next scoop came in May 2010, when he reported that the Hershey School had paid $3 million to five victims of Charles Koons II, who molested five boys at the Hershey School from 1987 to 1989. Prosecutors deemed three other cases too old to come to trial, and an additional victim died before his case could be considered. Koons’ mother, Dorothy, was a relief house parent at the Hershey School, usually working every other weekend from 1985 to 2008, when she was fired after her son’s arrest. Koons would usually accompany his mother to campus. He’s serving a 35 to 100-year sentence for molesting 17 other non-Hershey boys in the area.

The Koons case came to the attention of Derry Township (which includes the town of Hershey) police in 1998, when the mother of one of the victims filed a notarized complaint that her son had been molested. Records Fernandez obtained showed that the Derry Township police then contacted the Hershey School—to no immediate effect. The case was closed in 1999, only to be reopened with Koons’ arrest nine years later. Hershey School officials couldn’t explain their earlier inaction and promised to implement new procedures to ensure prompt follow-up for complaints of child molestation.

The Pork Barrel and its Pigs

Another troubling aspect of Hershey’s complex organization that drew Fernandez’s attention involved the financial compensation for various organizational leaders. Hershey’s largesse knew no partisan divide; both Pennsylvania Republicans and Democrats reaped fat salaries from the Hershey conglomerate over the years. Case in point: LeRoy S. Zimmerman, Pennsylvania attorney general under Republican Governor Dick Thornburgh, was appointed to the Hershey Trust Board in 2002. Fernandez noted that, at the time of his appointment, annual compensation hovered at around $35,000. In 2003, the Hershey Trust was awarded three seats on the Hershey Company board, and Zimmermann began to draw two salaries. He subsequently became a member of the Hershey Entertainment and Resorts board, drawing a third salary. In 2009 and 2010, Zimmermann earned $500,000 each year for his three board seats, and $1.9 million between 2002 and his retirement in 2011. In 2010, Zimmerman, 75, was appointed to another six-year term for his position at the Hershey Trust, a highly unusual move as Pennsylvania regulations urged corporate directors to retire at 72.

Other corporate leaders were also well-compensated. James S. Nevels, who served on the Hershey Trust and Hershey Company boards, earned $1.2 million from 2006 to 2010. Two more prominent Republicans—who secured their appointments as a result of Zimmerman’s assistance—also benefitted. Former Pennsylvania Governor Tom Ridge became a member of the Hershey Company board earning a yearly salary of $200,000, while Lynn Swann, a former Pittsburgh Steeler who was the losing Republican nominee in the 2006 Pennsylvania governor’s race, was appointed to the Hershey Resorts and Entertainment board for $100,000 per annum.

The final Zimmerman scandal broke in 2010. This time it concerned the Hershey School’s purchase of two neighboring properties: the Wren Dale Golf Club and Pumpkin World USA. The school had purchased Wren Dale in 2006 for $12 million; that year tax assessors placed a $4.5 million fair-market-value on the property. Hershey then spent an additional $5 million renovating the Wren Dale clubhouse, re-opening the golf course as Hershey Links, under the control of Hershey Resorts and Entertainment at a total cost of $17 million.

But in its purchase of Wren Dale, Hershey had bought itself a world of woe. Wren Dale itself founded as a nonprofit, had quickly encountered financial trouble. Why? Its business plan, based on attracting at least 300 wealthy central Pennsylvanians who could afford $25,000 membership fees, proved faulty: In the end, only 50 ponied up the money and the club foundered.

Hershey’s Wren Dale purchase and the subsequent failure of the golf course revolved around two salient points: The first, a clause in the Deed of Trust stating “All revenues must be spent directly on the care and education of the children. No monies are allowed to be or are spent for any other purpose; there are no grants to other organizations or non-MHS [Milton Hershey School] related spending.”

The second concerned the role of Richard Lenny, Hershey Company CEO and also a member of the Hershey Trust board at the time of the Wren Dale purchase. As it happened, Lenny had been one of the 50 former Wren Dale Golf Club members who had loaned the club $50,000 a piece back in 2002. Of course, he was repaid upon the club’s sale to the Hershey Trust, though the latter denied Lenny involvement in any of the votes leading up to the Wren Dale purchase. The golf course closed in 2013; the school still owns the property which has been converted to student housing.

Like the Wren Dale Golf Club purchase, Hershey’s acquisition of Pumpkin World in 2006 for $7.5 million, substantially exceeded the property’s assessed value of $900,000. Like the golf club, the property was leased back to its original owners. After the sale, the trust sold the land to developer Nick Pendolino for $2 million but four months later re-acquired the property for $3.1 million, thus enabling Pendolino to earn more than a million-dollars in quick profit.

When asked to explain the two questionable deals described above, the Hershey Trust offered an unsatisfactory response: They had been faced with a brief period of time in which to acquire these adjacent properties, deemed necessary for the school’s expansion.

In early 2010, Attorney General Tom Corbett, a Republican who went on to win the 2010 Pennsylvania governor’s race, announced that his office was investigating the Hershey Trust. Critics noted Corbett’s long-time ties both to Tom Ridge and LeRoy Zimmerman. In July, Zimmerman hosted a private dinner for Corbett and seven other people, although attendees denied any fundraising occurred. But in February 2011, Bob Fernandez noted that just before Corbett became governor, he held a “benefactors dinner” at the Hotel Hershey, owned by Hershey Resorts and Entertainment, which cost attendees between $5,000 and $50,000 a person. Spokesmen for Corbett later insisted the hotel had been fully reimbursed for services they provided.

In February 2011, at age 76, LeRoy Zimmerman announced his retirement. In the same month, Robert Reese, a grandson of the man who invented Reese’s Peanut Butter Cups (a company Hershey Chocolate acquired), submitted a petition to the Orphans’ Court accusing the trust and its board of financial irregularities. However, Reese withdrew his petition two months later, saying that his failing eyesight prevented him from pursuing his case.

In October of that year, Fernandez reported that William Charney Jr., who had overseen residential life at the Milton Hershey School from 2001 to 2008 as a house parent, was sentenced to seven years in prison for possessing “almost 700 images and 43 videos of child pornography.” America Online, who reported his activities to the FBI under the Protect Our Children Act, uncovered Charney’s activities. The Hershey School reported they had fired Charney in February 2010 upon being informed of the FBI allegations against him. (Charney was married and had two children.)

Compared to the terrible scandal-filled year of 2011, in 2012 the Hershey School only had to deal with a single major problem. In December 2011, it rejected an HIV-positive student who used the pseudonym “Abraham Smith.” The student’s parents and the AIDS Law Project of Philadelphia immediately filed a lawsuit against the school, citing discrimination under the Americans With Disabilities Act (ADA). The Hershey School cited an exemption under the ADA when an individual “poses a direct threat to the health and safety of others.” The threat in this case, they said, being the possibility that “Smith” would engage in unprotected sex.

By August 2012, the Milton Hershey School publicly apologized to “Smith” and announced that it would henceforth admit students with HIV. A month later, the Justice Department announced that the school had settled with “Smith,” paying him and his mother $700,000, on top of a $15,000 penalty to the government.

In the next installment of Milton’s Bittersweet Legacy, we explore the legal woes burdening Milton Hershey’s philanthropic investment.