Nobody elected Facebook CEO Mark Zuckerberg, and he has made no secret of his political bias. That should be enough to ban him from influencing election machinery. 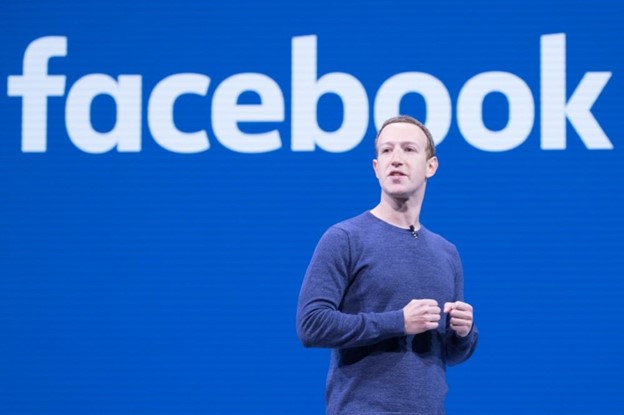 After decades of whining about the evils of privatization, the same set of leftists who once cried “eat the rich” and “abolish billionaires” in 2020 embraced a billionaire’s efforts to partially privatize American elections. Anyone paying attention to election integrity efforts following serious questions some legislators raised after the 2020 general already know his name.

Facebook CEO Mark Zuckerberg poured a shocking $350 million into a nonprofit called the Center for Technology and Civic Life (CTCL), massively inflating the organization’s revenues from only $1.4 million in 2018. The “Zuck bucks” were then distributed as CTCL grants to hundreds of county and city elections officials in 47 states and the District of Columbia.

CTCL, which has a highly partisan history, claims its grants were strictly for COVID-19 exigencies and denies any partisan pattern to their distribution. The data suggest otherwise.

“Zuck bucks” flowed in higher proportion to counties won by Joe Biden than those won by Donald Trump. In Georgia, nine of the ten counties with the greatest shifts to Biden in 2020 received CTCL grants. Statewide, Biden counties were two-and-a-half times more likely to receive CTCL funding than Trump counties.

In Nevada, CTCL appears to have ignored 15 of the state’s 17 counties, which happened to be the ones Trump clinched by an average of 73 percent. CTCL ultimately only funded the two counties incorporating Reno and Las Vegas. They both went for Biden, delivering 92.4 percent of Biden’s votes in the entire state.

Then there’s Texas, where CTCL funded an impressive-sounding 101 counties that voted for Trump and just 17 counties that voted for Biden. Yet those 101 Trump counties were barely consequential relative to Trump’s statewide total, awarding Trump only 1.45 million votes. That’s less than a quarter of what he received statewide. Biden, on the other hand, received 3.64 million votes in the 17 CTCL-funded counties, or 69 percent of his total in Texas.

Leftists have been celebrating their newfound love of plutocracy ever since Zuckerberg’s involvement with public elections coincided with their desired results. National Public Radio boldly credits “private money from Facebook’s CEO [with] sav[ing] the 2020 election.”

This is a stark deviation from the message six months prior, when news reports in decidedly non-conservative outlets were expressing consternation over Zuckerberg handing out so much cash to “help” states that were already federally funded to administer elections. As the Capitol Research Center (CRC), where we work, reported in November, news outlets like the Associated Press and The New York Times were already expressing concerns about what the latter noted was the “prospect of election administrators tapping large pools of private money [that could raise] new legal and political questions.”

“That is partly because it is unusual for elections to be subsidized by nongovernment funding at this level,” The Times’ Ken Vogel wrote. “[B]ut also because most of the cash is coming from nonprofit groups that have liberal ties, and the biggest source of the cash, Mr. Zuckerberg, has drawn fire from across the political spectrum.”

Vogel hit on the fundamental problem with a partisan billionaire funding the administration of elections: no matter which political preference that billionaire might have, the groups doling out the cash would have trouble separating themselves from that preference. The counties and cities accepting the “help” would likely always know from whence the largesse originates, all of which makes the potential for conflict of interest, intentional or not, too great to confidently administer elections required to be run free from partisan bias.

At its simplest, the question is this: can an election that’s been heavily subsidized by partisan players ever be fair? Even if it happens to be, doesn’t public perception of transparency and lack of private influence work to increase public trust in election results?

The Associated Press’ Nicholas Riccardi essentially had the same question when he reported in September 2020, “The cash comes with a new set of questions about donor transparency, motivations and the influence of groups and figures that are not democratically accountable.”

Riccardi also noted conservatives were especially concerned because of “the Democratic origins of CTCL and that its donations have predominantly been in areas where Democrats depend on votes.” He even quoted CRC’s President Scott Walter: “I cannot believe people of such partisanship will put their partisanship aside while taking hundreds of millions of dollars and distributing it to election offices.”

Concerns about the integrity of the 2020 general election are now serious enough that several states are either already engaged in or are planning audits of their election efforts from last year. As part of that effort to address election integrity concerns, several states are working to ban or restrict “Zuck bucks” and similar outside funding in future elections. Those states include Arizona, Florida, Georgia, Texas, Tennessee, and others. CRC keeps a regularly updated list here.

These moves in the states are good first steps, but the potential problem of partisan funding swaying elections goes far beyond Zuckerberg. In January, the AP glowingly reported that foundations including the Ford, Bloomberg, and George Soros–funded Open Society Foundations, as well as NEO Philanthropy and other pass-through funders, were “saving democracy” by spending gobs of money to oppose Georgia’s recent voter integrity law, register voters in Democratic strongholds, and help “democracy live up to its ideals” by building left-wing coalitions in swing states.

Activists on the left know voters and legislators are concerned, so they are working very hard to spin these moves as necessary if a little unconventional. In perhaps one of the greatest attempts to justify this kind of political maneuvering the world has ever seen,  a February Time magazine article gushed over the “secret history of the shadow campaign that saved the 2020 election.” It was little more than a puff piece detailing an admitted “conspiracy” of professional activists and ultra-wealthy donors to change the rules of the election prior to 2020 to make sure Trump lost.

CRC dismantled that narrative here. But it didn’t stop the magazine in September from scolding Trump supporters for supposedly deluding themselves about left-wing conspiracy theories — again, to democracy’s peril, they said.

But it may not be enough to fool most Americans, who know that American democracy, relying as it does on federalism, demands that voters who care about election integrity actively support state efforts to ban “Zuck bucks.” Average Americans have common sense enough to know they must never allow one wealthy individual working through a raft of very partisan organizations to have that much influence on American elections ever again.

This article originally appeared in the Federalist on May 24, 2021.