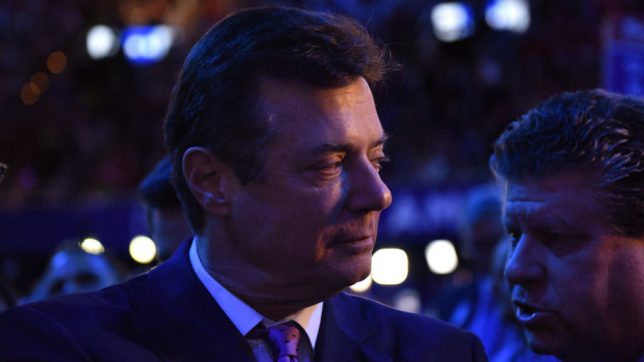 This article originally appeared in American Greatness on August 20, 2018.

Paul Manafort was exactly what Donald Trump’s presidential campaign needed—and what it didn’t.

At the end of March 2016, Trump was in trouble. He had won the most delegates, but not a majority, and many of the Trump delegates, chosen under arcane rules, actually supported other candidates. Trump might still be denied the nomination. Even if he won, the party convention likely would be a disaster. No one in the campaign knew how to run a Republican National Convention.

Veteran operatives showed little interest in working for the sure-loser Trump—except for Manafort, a master of the intricate details of a political convention, who offered to work for free.

He would be gone by mid-August. By then, his involvement in the campaign launched a thousand conspiracy theories.

Manafort began his political career in 1976 as a delegate hunter for President Gerald Ford. At the Republican National Convention, Ford’s forces, including Manafort, narrowly defeated a conservative/populist challenge from Ronald Reagan.

In 1977, Manafort managed Roger Stone’s successful campaign for chairman of the Young Republicans. In 1980, Stone and Manafort joined with conservative operative Charlie Black to found the premier lobbying and political consulting firm of their generation.

As super lobbyist Tommy Boggs once told Carl Bernstein, there were, in the old days, power-brokers like Democrat Tommy Corcoran and Republican Bryce Harlow, and trade associations like the Chamber of Commerce, “but not thousands of freelance lobbyists, and not whole public-policy shops.” The Watergate scandal in the ‘70s led to “a total breakdown of the old political order,” and the rise of the gun-for-hire lobbyists.

What made Black, Manafort, and Stone particularly effective was that the operation was “double breasted”—they’d help politicians get elected, then lobby those politicians, although the two operations were technically separate.

In 1989, Manafort testified before Congress about a $43 million grant, extracted by his lobbying, for housing in Seabrook, New Jersey that local officials did not want. “I would stipulate that for the purposes of today, you could characterize this as influence peddling,” he said.

Kelly worked for the campaigns of Bill Clinton, Al Gore, and John Kerry. (Incidentally, Kelly’s son Peter Galbraith Kelly Jr. pled guilty in May to conspiracy to commit wire fraud, in a bribery case involving a former top aide to New York Governor Andrew Cuomo.) Atwater became chairman of the Republican National Committee before dying of a brain tumor. Stone was a consultant in Bob Dole’s 1996 campaign before being forced out in a sex scandal, and he was campaign manager for Trump’s abortive 2000 campaign for the Reform Party nomination. Manafort ran the 1996 convention for Dole. Black was chief advisor to John McCain’s 2008 presidential campaign, and he worked for Mitt Romney in 2012 and John Kasich in 2016.

McCain’s campaign manager in 2008 was Rick Davis, who was partnered with Manafort in his new firm of Davis Manafort. Davis and Manafort arranged meetings in 2006 with McCain and Putin crony Oleg Deripaska, at a social gathering in Davos and seven months later at a reception in Montenegro celebrating McCain’s birthday.

Manafort’s work for Deripaska from 2005 until 2009 is often treated as proof of Trump-Russia collusion. Guess who else worked for Deripaska? Christopher Steele, the British ex-spy who assembled the infamous dossier that led to the ongoing investigation. Amazingly, Steele reportedly lobbied for Deripaska even while meeting with the FBI’s Bruce Ohr to promote his dossier “exposing” Trump and the Russians.

Earlier, beginning in 2005, Manafort worked in Ukraine as an advisor to politician Viktor Yanukovych and his Party of Regions, the country’s pro-Russia faction. Under Manafort’s tutelage, Yanukovych was elected president in 2010. Following massive protests, Yanukovych fled to Russia in 2014.

Joining Manafort in his Ukraine efforts were Mercury Public Affairs (in the person of NeverTrump Republican Vin Weber, advisor to the Dole 1996, Bush 2004, and Romney 2008 campaigns) and the Podesta Group (founded by John Podesta, chairman of the Clinton 2016 campaign, and his brother Tony). Those are the unnamed “Company A” and “Company B” in the Manafort indictment. Also helping out: Greg Craig, Obama White House counsel, and Tad Devine, chief strategist for Bernie Sanders 2016.

Paul Manafort may have spun a web of conspiracy, but it’s a web that entangled Washington liberals and Washington conservatives, Democrats and Republicans. In this mystery, there’s a twist: They all did it.