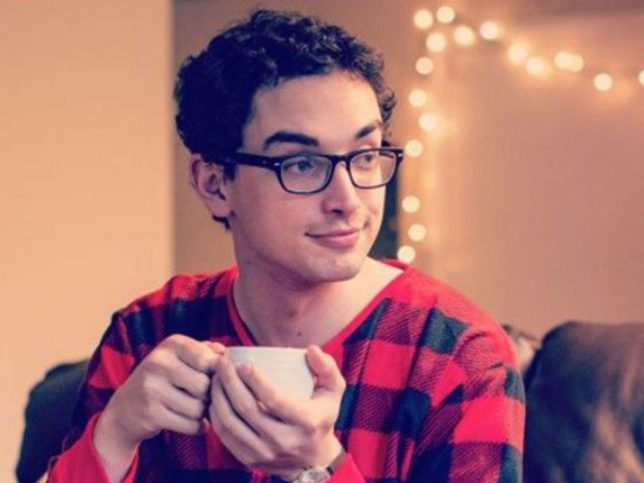 Last month, Facebook made two major announcements. First, the company would henceforth call itself “Meta Platforms.” The other announcement gave the reason for the rebrand: The company would invest in building the so-called “metaverse,” which it claims will be “a place where we’ll play and connect in 3D” using advanced virtual-reality tech.

Whether this development is mildly amusing or downright terrifying depends on one’s interpretation of Big Tech’s impact on the post-COVID world of lockdowns. Was Big Tech, which profited handsomely amid the economic and social devastation of lockdowns, the savior of our collective sanity? Or was it the key our jailers used to lock us up, in some cases through the present day?

The metropolitan liberal press’s story of how Big Tech helped the world get through the COVID-19 lockdowns goes something like this: “[D]igital connectivity helped preserve some semblance of normalcy. Internet usage surged in tandem with increased COVID-19 case rates.” Without Big Tech, the story goes, people would have starved and gone insane as governments ordered commerce to cease and citizens into near-solitary confinement.

But COVID-19 was not the first pandemic in human history, just the first pandemic of the Digital Age. Many compared COVID to the Great Influenza of 1918–1920. During that pandemic, comparable to if not worse in scope than COVID, governments ordered social distancing and mask mandates, but they were typically brief, not years-long as at present.

Looking at how normal life was amid the Great Influenza is startling. The 1918 midterm elections were held as scheduled. There were no major, Big Tech oligarch–funded efforts to fundamentally alter the administration of voting, though campaigning periods were shorter in some areas. Republicans handed a major defeat to President Woodrow Wilson’s Democrats and raised Massachusetts Lieutenant Governor Calvin Coolidge to the top of Beacon Hill. The 1919 World Series went down in history, not for short seasons, neutral-site games, player “bubbles,” and limited spectators, but for the infamous game fixing of the Black Sox.

While liberals laugh heartily at the Anti-Mask League of San Francisco, the group was perhaps more effective than any contemporary anti-lockdown pressure group outside the state of Florida. It organized a protest meeting one week after the city instituted a mask mandate in January 1919. After the league presented a petition, the city repealed the mandate on February 1, 1919.

And lockdowns? They were unthinkable in a world that was still at war until the eleventh hour of the eleventh day of the eleventh month of 1918. The BBC notes the rarity of lockdown-style measures in the UK during the Great Influenza:

There was no centrally imposed lockdown to curb the spread of infection, although many theatres, dance halls, cinemas and churches were closed, in some cases for months.

Pubs, which were already subject to wartime restrictions on opening hours, mostly stayed open. The Football League and the FA Cup had been cancelled for the war, but there was no effort to cancel other matches or limit crowds, with men’s teams playing in regional competitions, and women’s football, which attracted large crowds, continuing throughout the pandemic.

The difference in response between the Great Influenza and COVID-19 forces us to look for other, underlying differences, as if they were the keys that our jailers used to lock us in near-solitary confinement. The most obvious difference is the presence of Big Tech and its products—there’s a reason the tech giants were the big financial winners of 2020.

For each consequence of the lockdown, Big Tech had a solution:

The winners were Big Tech shareholders, who saw the value of their holdings surge. The losers were:

Yet the situation was even worse than simple profiteering. The lockdowns prohibited any sort of social interaction not mediated by Big Tech’s platforms, which meant that Big Tech could—and did—suppress opposition to the policies from which it profited.

Once we recognize that Big Tech was the key keeping the lockdown in place, Facebook’s metaverse turns from curiosity to a danger to human liberty. Facebook head Mark Zuckerberg sees the now-Meta Platforms company and the metaverse as “the next chapter of social connection”—potentially an outright replacement for what nerds call “meatspace” and what the rest of us call real life.

For a power-mad health establishment and the pajama class that upholds it, the power of the metaverse—if it develops as Zuckerberg surely hopes—is the Big Tech jailer’s key from 2020 on steroids. Why reopen anything, under any circumstances, if we can all just exist in the perfectly safe and sterile world of Zuckerberg’s metaverse? To paraphrase the song, you can plug in any time you want, but you can never leave.

But a virtual facsimile of attending a concert, a sporting event, playing cards with friends, a meeting with out-of-town family, or viewing great artworks in the flesh is not the real thing, and we all know it. We need to admit it while we still can.