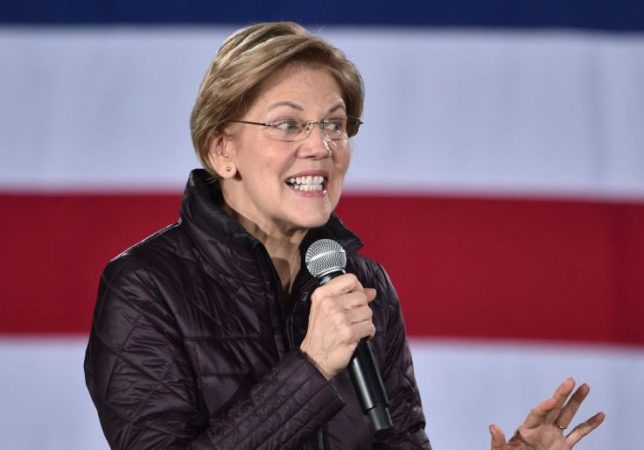 Rewiring America, one of many environmental groups that has endorsed the BUILD GREEN Act, is part of a massive dark money network run by the D.C.-based Arabella Advisors. The nation’s wealthiest liberal donors use Arabella’s $731 million activist network to secretly fund a host of liberal causes.

The legislation includes a call for the country to shift entirely to renewable energy and to replace all vehicles with electric cars. Rewiring America’s executive director Adam Zurofsky praised the legislation for “decarbonizing our economy and meeting the climate challenge.”

But many of the bill’s provisions are not related to the climate or the environment. The legislation would redistribute wealth to low-income and minority communities, as well as communities “facing environmental injustice.” It would also institute “strong labor provisions” for union workers and establish a $15-per-hour minimum wage.

Liberals frequently use “environmental racism” to justify a host of radical policies. The bill’s sponsors claim that “environmental racism” justifies everything from reparations payments to single-payer health care. The left-wing Sunrise Movement, which endorsed the legislation, supports abolishing “police and prisons” in order to achieve “climate justice.”

The legislation has also been endorsed by left-wing groups like 350.org, Greenpeace, and Zero Hour, which claims the world has less than nine years left until it’s made uninhabitable by global warming.

While it remains unclear how much these dark money groups have spent lobbying for the legislation, in January the Windward Fund hired AJW Inc., which lobbies for environmental groups including the Clean Air Task Force and the Environmental Defense Action Fund.

This article originally appeared in the Washington Free Beacon on March 27, 2021.