Leftists Fund the Rise of Lawlessness Across America 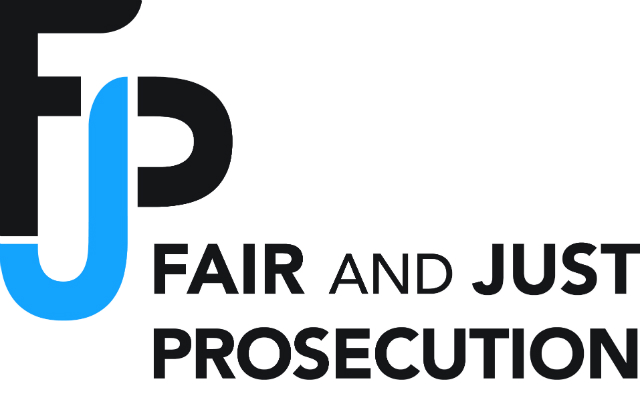 The recent Supreme Court decision in Dobbs v. Jackson Women’s Health has rocked American politics and revealed an alarming trend of disregard for the rule of law on the left. One example of this trend has been provided by Fair and Just Prosecution (FJP), a project of notorious “dark money” group the Tides Foundation, which advocates for lenient criminal justice policies from a left-wing viewpoint.

On June 24, after the Supreme Court released its decision in Dobbs, FJP released a statement signed by prosecutors around the country who said they would refuse to enforce any state laws that ban or criminalize abortion. At the time of this writing, 90 elected prosecutors have signed the statement. According to FJP, these officials collectively represent over 91.5 million people in their jurisdictions, including 28.5 million people in states that will likely ban abortion.

The Rule of Prosecutors

Not surprisingly, the list includes a who’s who of district attorneys (DAs) backed by prominent left-wing donor George Soros and other left-wing billionaires. George Gascon, Larry Krasner, and new Soros DA Alvin Bragg all signed the statement. Multiple state attorneys general also signed the statement, including Dana Nessel, the attorney general of Michigan, which has a trigger law banning abortion that is currently being challenged in court.

Regardless of one’s opinion on abortion, the FJP statement should alarm every American. It indicates a lack of respect not only for the institution of the Supreme Court but also for the rule of law in America.

Soros vs. the Rule of Law

Since George Soros has been a driving force behind the progressive prosecutor movement, what does his Open Society Foundations say about the rule of law? It discusses its beliefs about democracy and the rule of law on its website:

We believe that the solutions to the national, regional, and global challenges we face demand the free exchange of ideas and thought, and that everyone should have a voice in shaping the policies that affect them.

We therefore work to build vibrant and inclusive societies, grounded in respect for human rights and the rule of law, whose governments are accountable and open to the participation of all people.

Ironically, the Dobbs decision accomplishes many of the goals in the first paragraph. It allows an open debate about abortion policy in every state, and it also allows people to elect representatives that share their views on abortion policy.

More importantly, however, is Open Society’s alleged belief in the rule of law, which is vital to the health of our country. Without a legal system grounded in fairness and equality, true justice in a liberal democracy is not possible. Part of this justice system is prosecutorial discretion, in which a prosecutor may decline to bring charges or bring lesser charges in individual cases because of limited government resources or a sense that applying the letter of the law in a particular instance would not achieve justice.

Left-wing DAs are trying to claim prosecutorial discretion to excuse them choosing to enforce only the laws they like. Yet this is not prosecutorial discretion, but rather the wholesale usurpation of the legislative power of duly elected legislators and of judicial power to throw out a law as unconstitutional or otherwise illegal or unenforceable. Essentially, these prosecutors are consolidating executive (the power to prosecute), legislative, and judicial power in their hands. This clearly qualifies as undermining the rule of law.

Regrettably, the refusal to enforce state abortion laws is not the first time that left-wing DAs have been hypocritical about their belief in the rule of law. They have overseen lower conviction rates for violent crimes including murder, sexual assault, and robbery, with the resulting increase in crime predominantly affecting minority communities.

One example of this phenomenon is Milwaukee County DA John Chisholm. Chisholm’s office allowed Darrell Brooks out on $1,000 bail, an absurdly low amount given his criminal history and pending charges. While out on bail, he used an SUV to murder six people and injuring many more in the Waukesha massacre. The Wall Street Journal reported that Chisholm said in 2007, “Is there going to be an individual I divert, or I put into treatment program, who’s going to go out and kill somebody? You bet. Guaranteed. It’s guaranteed to happen. It does not invalidate the overall approach.” He was right, times six.

According to the Federal Elections Commission, Chisholm received $21,120 from Soros’s Justice and Safety PAC in 2016.

Chisholm’s philosophy of lenient criminal justice policy is shared by Manhattan DA Alvin Bragg, who was elected in 2021. On January 3, 2022, Bragg released a memo to his prosecutors in which he stated that his office would no longer prosecute several crimes including trespassing, resisting arrest, traffic violations, and prostitution. Bragg later claimed these policies would “make us safer,” adding “it’s common sense.”

It is not surprising that district attorneys who refuse to enforce the law by largely not prosecuting violent crimes would also refuse to enforce laws against abortion. This defiance of state abortion laws by Soros-backed district attorneys is another example of how Soros and other left-wing billionaires are funding a rise in lawlessness across America, causing death and destruction in cities across America while claiming to believe in justice and the rule of law.