James Hoffa (Both of Them) and the “Central States” Crackup 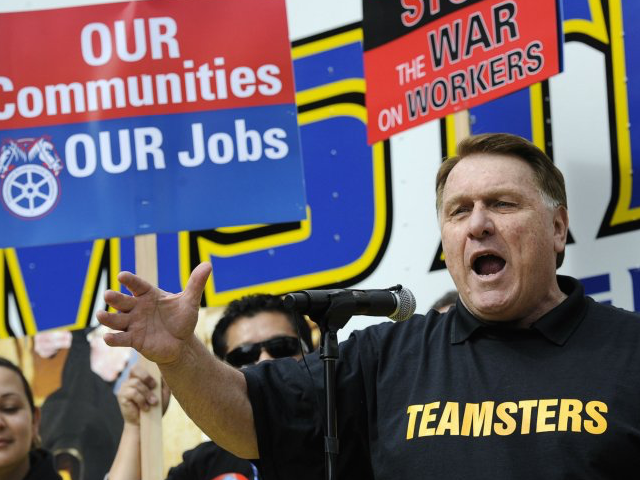 Summary: Jimmy Hoffa, the legendary boss of the Teamsters union, vanished in 1975, presumably meeting his demise at the hands of associates from the world of organized crime. Yet his legacy lives on, in the form of the Central States Pension Fund. Today, the fund pays $3.46 in retirement benefits for each dollar it collects from employers, and it has a long-term shortfall so large that it could bust the nation’s pension guarantee system.

F our decades ago, the International Brotherhood of Teamsters’ Central States Pension Fund was a project of organized crime. In the future, it may well be a project of a federal agency, the Pension Benefit Guaranty Corporation—and, as a consequence, the agency itself may need a bailout.

This past September, the Rosemont, Ill.-based pension fund, which currently enrolls more than 400,000 active and retired Teamsters in 37 states, filed a restructuring plan with the U.S. Treasury Department that proposed cutting benefits on average by 23 percent. The action was the first of its type under a law enacted in December 2014, the Multiemployer Pension Reform Act. Central States Executive Director-General Counsel Thomas Nyhan explained the dilemma: “The longer we wait to act, the larger the benefit reductions will have to be.”

Hoffa & the Mob
Teamster General President James R. “Jimmy” Hoffa, father of current Teamsters chieftain James P. Hoffa, initiated the fund in 1955. His management style left something to be desired. In 1963, the elder Hoffa and six other individuals were indicted in Chicago federal court for fraudulently arranging $25 million in pension loans and diverting $1.7 million of that sum for their own personal use. The defendants were convicted by a jury the following year. Even after reporting to federal prison in March 1967, Hoffa was implicated in a scandal in which he allegedly received 10 percent kickbacks on highly questionable real estate loans to various Central States “consultants.”

Management of the Central States fund nominally was in the hands of a Chicago-based insurance executive and organized-crime associate, Allen Dorfman. The stepson of corrupt Teamster local boss Paul “Red” Dorfman, the younger Dorfman more than once had been indicted, but avoided conviction. Eventually, his good luck streak ended. In February 1972, he was convicted in New York for illegally obtaining a $55,000 kickback from a recipient of a Central States loan. And in February 1974, just two months after his December 1973 release from prison, he was indicted for fleecing the fund out of $1.4 million. Though forced to resign his position of “consultant,” he [For the rest of the article, click HERE.]