If Anti-Nuclear Greenpeace Wants to Silence “Climate Disinformation, It Should Start by Muzzling Itself 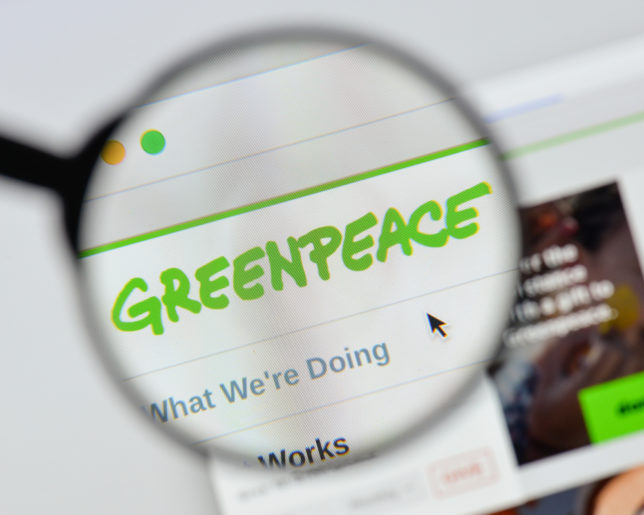 “Platforms owe it to their users and the planet to stop amplifying the climate disinformation that undermines our ability to combat the climate crisis,” concluded the letter.

Among the most prominent signatories were 350.org, Friends of the Earth, and Greenpeace, each of them strident opponents of the biggest zero-carbon energy sources we have. They are mathematically beyond question the best examples of the problem they hope to silence.

Coal and natural gas combined fueled 58.9 percent of the planet’s total electricity output in 2021. After those top two sources, the next biggest contributors were hydroelectric dams (15 percent) and nuclear power (9.9 percent)—both excluded from the options provided in the letter from the self-appointed defenders of the planet.

Wind and solar power, the most weather-restricted power sources, straggled in at 6.5 percent and 3.6 percent, respectively.

Nuclear power is the only zero-carbon source of electricity that is not weather dependent and can theoretically be scaled up to whatever percentage of the electric grid that a society needs and is willing to pay for.

France is an example of what is possible: It generates more than 70 percent of its electricity from nuclear energy. In February 2020, 50 Greenpeace protesters broke into and occupied a French nuclear facility, demanding its closure.

With the will to do so, some and perhaps all the carbon-emitting fuels producing electricity today could have been phased out decades ago, in favor of zero-carbon nuclear power. A major reason this did not occur is because of decades of opposition from activists such as Greenpeace, 350.org, and Friends of the Earth.

If they really hope to muzzle “climate disinformation,” then the best they could do is just shut themselves up.