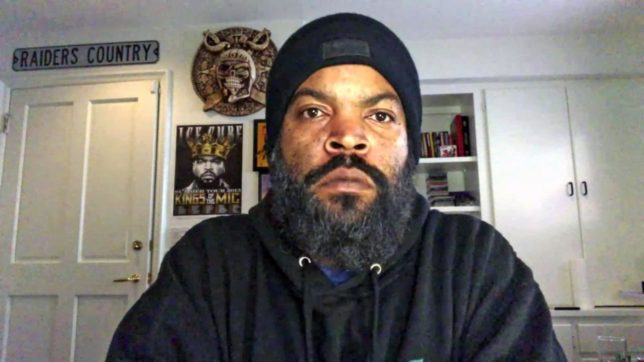 Ice Cube worked with President Donald Trump to secure a near half-a-trillion dollar commitment to increase capital in black communities, only to be quickly criticized for working with a “fascist,” proving liberals’ real priority is partisanship, not empowering the black community.

Democratic candidates are never held accountable for what looks like, in some cases, to be more than mild racism. Few on the left batted an eye when Virginia Governor Ralph Northam was exposed for wearing blackface. They declined to mention that Joe Biden once said there were “many fine people who continue to display the Confederate flag as a symbol.” And almost none revealed that President Donald Trump condemned the “KKK, Neo Nazis, and white supremacists” in a press conference following the 2017 killing of a protester in Charlottesville, Virginia.

Regardless of which presidential candidate is more or less racist than the other, condemning Ice Cube for working with Trump to finalize the Contract with Black America is utterly reprehensible.

CNN published an article titled, “From N.W.A. to MAGA: Ice Cube takes some heat for working with the Trump administration.”

Perhaps the strongest pushback Ice Cube received was on Twitter where he was “cancelled” for working with the American president on a policy meant to uplift black Americans.

Ice Cube’s Contract with Black America has, admittedly, some questionable solutions, and there should be debate about its proposals, but that’s not the point.

Criticizing Ice Cube, or anyone, for simply trying to help their own community move toward wealth and health equality raises the question: Do liberals mean it when they say they want to help black people?

Many of the progressives and liberals condemning Ice Cube are the same people who demand reparations for slavery in one moment and in the next condemn the president of the United States for negotiating a different—arguably similar—solution. Apparently, the Left has a problem with a beloved representative of the black community reaching across the aisle to negotiate those terms instead of one of their representatives.

Individuals claiming to support the black community and then criticizing Ice Cube’s efforts show a greater allegiance to the Democratic party than to black Americans.