“I Don’t Know Anyone Who Voted for Trump” 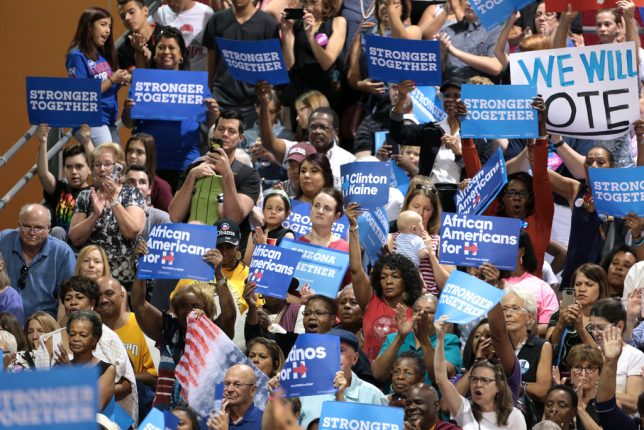 Pauline Kael, movie critic for The New Yorker, famously commented: “I live in a rather special world. I only know one person who voted for Nixon. Where they are I don’t know. They’re outside my ken. But sometimes when I’m in a theater I can feel them.”

Members of the American aristocracy—the so-called “one-percenters”—live in a different world from that of regular, working-class, and small-business-class Americans. Inside their bubble, these members of the ultra-privileged are protected from opinions and facts that run counter to the left-wing orthodoxy with which they are comfortable.

In 2013, when the Tea Party movement was a major factor in American politics, a Yale Law School professor named Dan Kahn let the cat out of the bag.

Expressing his surprise at a study showing that Tea Partiers had a superior understanding of science, he said, “As I pushed the button to run the analysis on my computer, I fully expected I’d be shown a modest negative correlation between identifying with the Tea Party and science comprehension. But then again, I don’t know a single person who identifies with the Tea Party.”

“I don’t know a single person . . . ” A Yale Law School professor admitted he didn’t know anyone who identified with the Tea Party movement—not a student, not a fellow faculty member, not a barber or an ice-cream vendor or a cop on the beat. No one at all.

At the time, 22 percent of Americans identified with the Tea Party movement, roughly the same percentage that identified as liberal. Can you imagine a law school professor saying, “I don’t know a single person who identifies as liberal”?

The situation is the same at Harvard. When the Harvard Crimson surveyed professors recently about their ideological orientations, those calling themselves “liberal” or “very liberal” outnumbered those identifying as “conservative” or “very conservative” by 51-to-1.

In Harvard Square, I recently had coffee with an elegant, well-traveled colleague who announced, ‘I live in a bubble. I don’t know a single person who voted for Trump.’ She said this as if this were an accomplishment, which I thought was odd. So, I told her that I know quite a few, including some that bought memberships at Mar-A-Lago after the election. She looked at me in astonishment, and blurted, ‘How? How do you know any?’ Lots of liberals know Trump supporters. They just don’t know that they do. They aren’t listening to what people are saying, instead hearing only what they want to hear.

Max de Haldevang, who covers the Trump Administration and Russia for Quartz, wrote:

In my adopted home of New York, I don’t know a single person who voted for Trump. Back in London, I can count the number of Brexiteers I know on one hand. All the rhetoric of global politics is mediated along the way by people like me with privileged, highly educated backgrounds. And I don’t know what to do about it.

The problem’s just as bad in Washington, D.C. In the 2016 election, Donald Trump got 46 percent of the national vote. Adding in other conservative or libertarian presidential candidates of various stripes, right-of-center candidates accounted for a majority of the national vote. In the nation’s capital, however, Trump received just 4 percent of the vote, with a total of 5.8 percent going to right-of-center candidates (Trump and Gary Johnson). By that measure, D.C. is 16 times as liberal as the country as a whole.

If you don’t know any Trump supporters, it’s easy to convince yourself that they’re all stupid and that half of them are “deplorables.” This, in turn, fuels progressivism.

Progressives believe that a small, well-credentialed elite should dominate society in part because they’re smarter than other people. They’re not, of course. The well-credentialed elite includes people like the Kennedys, the Bushes, Al Gore, John Kerry, and Barack Obama, who got into elite colleges, not because of high intelligence or academic qualifications but rather because of their political connections or as “legacies” whose fathers had attended those schools.

In progressive theory, they know more about how you should live your life than you do. If they decide you shouldn’t drink a jumbo soda at the movies, you must not be allowed to do so. If they decide that your health insurance policy should cover birth control along with treatment for drug addiction, you must not be allowed to buy coverage that doesn’t include those things.

When they take your choices, they argue that they’re only doing what’s best for you. It doesn’t really matter whether their policies really work. Studies showed that New York City’s mandate for calorie-count menus at fast-food restaurants had no positive impact on people’s diets, so—naturally—that failed idea was included in Obamacare.

What really matters is that they maintain their status as the decision-makers. What matters is power. As the late, great journalist M. Stanton Evans joked: They don’t care what you do, as long as it’s compulsory.