How Mark Zuckerberg Almost Handed Texas to the Democrats—UPDATED 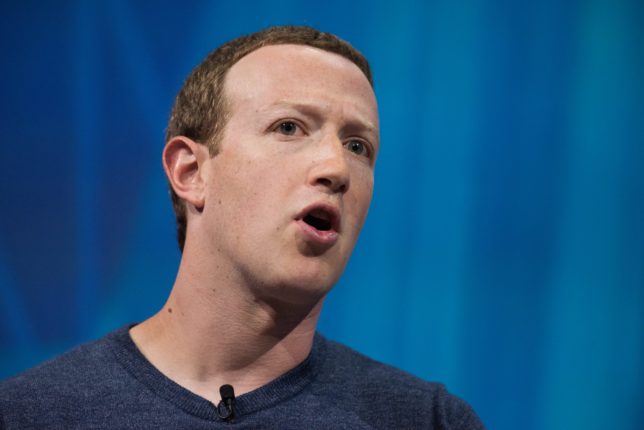 Jan. 2022 Update: This report was written with the best information available in 2021 but is now out-of-date. For updated analysis using CTCL’s latest disclosures, see Texas in “Shining a Light on Zuck Bucks“

CTCL has claimed that the $350 million it funneled to elections officials was for nonpartisan COVID-19 relief efforts. But is that really true? We’ve done the math and tracked tens of millions of dollars from CTCL to Georgia, Pennsylvania, North Carolina, Virginia, Michigan, Wisconsin, Arizona, and Nevada—all battlegrounds key to clinching the 2020 election.

Our conclusion is that, across the board, CTCL’s grants favored the biggest, most vote-rich Democratic counties, which helped turn out the most left-leaning voters in U.S. history—and secure Joe Biden as the country’s 46th president. Far from “nonpartisan,” CTCL’s oceans of money made it easier for fraudsters to cheat and the Democrats to win in 2020.

Now we turn to Texas and the $33.5 million in CTCL grants uncovered so far—the largest amount for any state we’ve examined.

While CTCL has released a preliminary list of grant recipients, its documents don’t include the grant amounts. What CRC has managed to track comes from local news reports and the websites of county elections officials. (See our data set in the Appendix.)

For more on CTCL, see the profile on InfluenceWatch and related CRC reports.

Historically, Democrats have flagged far behind Republican presidential nominees in Texas, by an average of 1.2 million votes between 2000 and 2016, when Republicans won the state with an average of 57 percent of the vote. Jimmy Carter, the last Democrat presidential candidate to win Texas, edged out incumbent Gerald Ford by just 129,000 votes in 1976. Prior to that, Texas voted reliably Democratic, flipping to the Republican candidate only three times—for Herbert Hoover in 1928 and Dwight Eisenhower in 1952 and 1956—between Ulysses Grant’s victory in 1872 and Richard Nixon’s in 1972.

For decades, Democratic campaign strategists have dreamed of flipping the Lone Star state and turning this Republican stronghold into a Democratic conquest. They came closer than ever to that dream in 2020, when Joe Biden received more votes in Texas than any Democrat or Republican in American history—except Donald Trump.

Biden’s gains in Texas are shocking. Compared to 2016 figures, he won an additional 1.4 million votes for a total of 5.3 million, a 36 percent increase over Hillary Clinton’s 2016 turnout and 50 percent more than Barack Obama’s record-high turnout in 2008. Trump’s gains are just as impressive, given that he improved his vote totals over his 2016 figures by 1.2 million for a total of almost 5.9 million votes, a 26 percent increase that shatters past Republicans’ records.

The location of those votes paints an interesting picture, especially given where CTCL’s grants went.

A Flood of “Zuck Bucks” into Texas

Texas was among the most-targeted states for CTCL grants in 2020, receiving at least 118 grants across its 254 counties, perhaps the highest of any state. (Some states, like Michigan and Massachusetts, received more grants but they were largely to individual towns and cities, not counties.) Because CTCL has so far declined to reveal its list of grants, the true figure is unknown and likely to remain that way until CTCL release its IRS Form 990 filing for 2020—as required by law sometime in 2022.

To date, we’ve uncovered 22 of those 118 grants totaling $35,218,473, including one grant of $251,000 from Arnold Schwarzenegger through the University of Southern California’s Schwarzenegger Institute.

Despite CTCL’s claim that its grants were distributed on a nonpartisan basis, CTCL grants to counties Trump won averaged $0.55 per capita and $2.95 per capita in counties Biden won.

What’s clear is that Biden won more votes in fewer places than did his Democratic predecessors in past elections, while Trump expanded his base to include places he lost in his first presidential bid. CTCL funds, meanwhile, targeted just the spots that Biden needed to improve upon if he was to win Texas:

Naturally, one would expect CTCL’s COVID-19 relief grants to flow to the most populous spots, which tend to vote Democratic. But if CTCL’s goal was partisan and intended to help Biden’s turnout, would it have spent its funds any differently? The facts leave this writer skeptical.

It’s unclear exactly how these funds were spent. But grants paid out in other states, such as a $10 million grant to Philadelphia—which nearly doubled its elections budget—required the city use the funds for printing and postage for mail-in ballots. It also required Philadelphia to scatter “Secure Dropboxes” around the city to collect ballots, circumventing basic voting integrity requirements by allowing anyone—without any identification—to drop any number of ballots into a private collection bin with no official oversight and no accountability after the fact. If a fraudster wanted to flood Philadelphia with phony ballots, CTCL’s “Zuck bucks” enabled him to bypass U.S. Postal Service mailboxes. It’s unclear if drop boxes were placed in any of Texas’s major cities.

What’s Next for Preserving Election Integrity?

Not everyone is taking the flood of “Zuck bucks” lightly, but don’t expect the left-leaning media to get serious about this billionaire’s attempt to privatize the 2020 election anytime soon.

This article originally appeared in the American Conservative on April 5, 2021.